I usually try to tie my posts to seasonal recipes or ingredients — Easter chocolate, Mother’s Day, Christmas cakes, etc. — but I deviate this week with this recipe for granola. Why? Because I love it, and yesterday I made a fresh batch to keep on hand to sprinkle on fruit and yogurt or muesli, one of my new favorite foods! You can, of course, buy a bag at a supermarket… 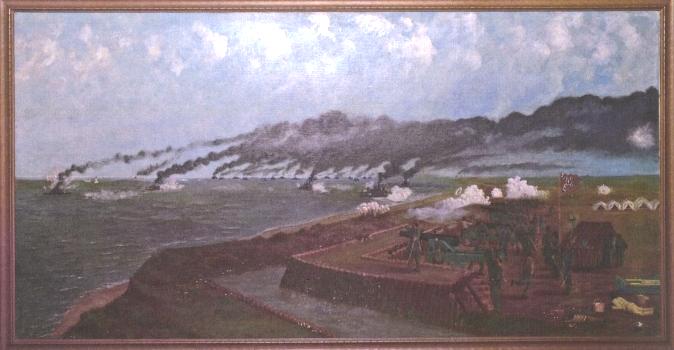 He stands in bronze and he stands on granite,
Facing the river where the fleet turned tail;
The stone lists the Davis Guards upon it,
Names that rhyme in the songs of the Gael.*

DOMHNAIGH -- On April 23, 1014 the Battle of Clontarf, one of the most famous and important battles in Irish history, was fought just north of Dublin. It was a bloody stand-up battle, fought mainly with ax and sword, with Brian Boru's men prevailing. This battle would later enter Irish legend as the place…

DOMHNAIGH -- On April 16, 1746, a battle was fought in Scotland that would have long-term implications for Ireland, as well as Scotland. It ended "Bonnie" Prince Charlie's Jacobite uprising, known in Scotland as simply, "The '45." It was the battle of "… On a crisp, clear afternoon in what is now southwest Montana, in January 1836, a thin bearded man in his mid-30s, dressed in buckskin, was racing across the valley of the meandering Yellowstone River on the back of a very fast horse. Ahead of him in the distance, lit by the bright sunlight, he could see the… One of the most popular — and among the most decadent — chocolate desserts in Ireland and England is this no-bake biscuit cake. I have to admit that it’s one I discovered only recently, but it’s quickly become a favorite of mine and everyone else who tastes it. It’s a favorite, too, of Prince William, who ordered it as…

As John Paul Jones, captain of the Bonhomme Richard, prepared to face two British ships off Flamborough Head on the coast of England on September 23, 1779, he had some very interesting allies on board his…

This Week in the History of the Irish: April 9 - April 15 Two weeks and counting! In the event you don’t have a traditional dessert lined up for your Easter meal, you might want to think about this delicious and versatile cream cheese pound cake that’s as tasty with or without any embellishments.

LUAIN -- Beginning on April 3 and continuing to May 8, 1781, the Irish Hibernia regiment of Spain helped lay siege to British forces in Pensacola, Florida,…