That's Just How It Was's Friends

That's Just How It Was's Discussions

Thats Just How it Was [Part 3]

Trevelyan went on to imprison any Irish Catholic who stole corn from the surplus corn sheds to feed their families. These people were sentenced to prison ships and deported to Australia, leaving…Continue

Thats Just How It Was [part 2]

They built mud cabins or huts, just as all the other evicted people did, and it was into these dire conditions that both Patrick and Anne were born. The famine had caused nothing but starvation, the…Continue

That's Just How It Was

A tribute to mt Granny . It encapsulates teh famine and all the horrors of the famine , the 1916 Easter Rising and the War of Independence Video below Youtube: …Continue

Eoin MacNeil ; known as the man who tried to stop the 1916 Easter Rising

That's Just How It Was's Page

Exploring 'That's Just How It Was' "That's Just How It Was"
By Mary Thorpe

This work is a labor of love by the writer Mary Thorpe as a tribute to her much-loved Granny O Rourke (nee Nolan) in an attempt to place the stories she heard and was told into a true and historical context. As a social worker who came across many cases of social deprivation in modern times, in the various social work departments in which she worked in the southeast and northwest of England, Mary had the dawning realization regarding what her own grandmother had been through in even harder times in the late part of the 19th and early part of the 20th century in Ireland and sought to record this.

Mary uses the life of Bridget to celebrate the achievements of other women in Dublin and Bray, in fact, from all over Ireland, in this era, and as such, this story will be of interest to anyone with Irish ancestry. Mary hopes her readers will enjoy the mix of history and biography as an authentic record of times past and that this will be an addition to Celtic history from an empathetic and homespun point of view. Mary clearly believes that our roots are as important just as our word is our bond.

'That's Just How It Was' is available on Amazon (at a reduced price right now), Kindle, Ingham's, Bertham's, Barnes & Noble; and Gardeners World UK.

Waterstone' USA will now order my book for you ; Ireland an England ; Waterstones will order it via Ingrams for you

That's Just How It Was's Blog 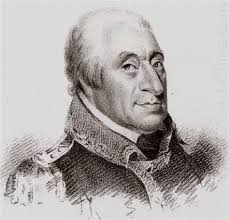 This song is a constant reminder to me of my childhood, running around singing lines from it with my childhood friends, not knowing or not caring why we were singing it, or indeed who Napper Tandy was. Historical events were not seared into our minds. Only Religion took that place

Theobald Wolfe Tone: 1763 -1998 Considered to the the Father of Republicanism

Heritage PartnerThat's Just How It Was posted a blog post

That's Just How It Was's Photos

You can post the video to the Wild Geese site so it appears right on your page. Could you also write a brief summary of the book to post as a blog that way the members of the Wild Geese can get a better sense of what the book is about.

Good luck and welcome to the Wild Geese

Greg ; have tried to gain access to The Wild Geese site . Unable to as I am computer illiterate !!!

Computers are tricky. What seems to be the problem gaining access to the site?

Pleased to meet you online, Mary.

Thank you, Mary.  Accepted with admiration.

It is so lovely to have made all these new friends on the wild geese . My thanks to Kelly O' Rourke and Gerry Regan for helping me achieve this

It did leave huge gaps in people's lives when someone emigrated. For instance, just take a look at my blog entitled "The Real Honor Bright", she was my grandmother.

Hi Mary! Glad to have you as a friend on here!

The Count himself, Count John McCormack, singing 'The sunshine of your smile' in 1916, when to be fair, there was very little to smile about at all. http://youtu.be/VMDs1sJ3PMI


We should all count our blessings, however small.

Hi, Mary.  I don't know if you've noticed, but your blog post about your childhood has now eclipsed 3,000 views (and counting)!  Well done!