Most of the stuff in my novels comes from my imagination but I owe a fair amount of what I write to a pub called The Rocking Chair where there’s such a variety of characters that you’d need to be brain deaf not to pick up some nuggets.

There was one time in particular I want to tell you about.

I’d just come into The Rocking Chair and I was standing there sober as a skunk trying to catch the barman’s eye. Next thing was, I heard this slack-jawed fella with sideboards all the way down telling nobody in particular that John Steinbeck’s mother was one of the Hamiltons from just outside of Derry. I recognized him as Moleskin Mike, a guy that dropped in now and then. He looked to be on his own and there was an empty stool beside him so I asked him “Do you mind if I sit here?”

He said the stool didn’t belong to him and I could sit there if I wanted. So I did. I sat beside him and ordered a pint.

“That thing about Steinbeck’s mother. Where outside Derry?”

“Ballykelly. Nobody told me. I read it. I read a lot. I know everything there is to know about Steinbeck. He came to Derry back in the fifties. Slipped in incognito.”

“You know the way a lot of these Irish Americans come to see the old country. He spent no time at all out at Ballykelly. Most of the time he spent wandering round the Bogside.”

“I dunno. I suppose he sort of gravitated there. He had this thing about run-down places. And run-down people. Did you ever read Cannery Row?”

“No,” I said. “I read The Grapes of Wrath though. I heard one time that Steinbeck used some of the jokes he heard from drinkers in his books.”

Moleskin put on this fake puzzled expression, wrinkling up his big red forehead. “How in under God could he hear jokes from drinkers in his books?”


“What I mean is,” wanting to strangle him, “he put jokes in his books after he heard them from drinkers.” I said all this dead slow. I didn’t care what he thought anymore.

“There’s a brilliant one in The Grapes of Wrath,” I told him determinedly. “There’s this country boy about sixteen that’s dead bashful and he’s told by his Da to bring the heifer over to a neighbor’s bull to get her serviced. The neighbor’s daughter Elsie is the only one there and she brings him round to the corral where the bull was and says ‘I know why you’re here Willy. Come on, let the heifer in. This won’t take long.’ And of course poor Willy doesn’t know where to put himself."

I sensed from the forehead language that Moleskin had already read this one. It occurred to me – a bit late I suppose – that he probably knew The Grapes of Wrath back to front. But there’s a code of behavior in The Rocking Chair that says it’s bad form to interrupt somebody if they’re in the middle of telling a story no matter if it’s been going for a hundred years.  Still, I could tell even without eye contact that this prick was being sorely tested. 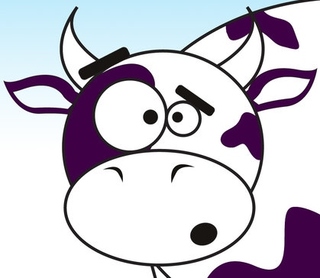 If I’d been a stand-up and Moleskin had been my audience I would have died there and then. As soon as I was finished he shouted “Hey Stevie, gimme another Remy Martin would you.” He turned to me then and gave a big sigh. “Aye,” he said, “he got that one from Ricketts.”

“It puts me in mind of one of my own, only mine’s is better.”

“You’re telling me that now?”

“I am. There’s a wee country school a few miles from Derry you see and one pupil keeps coming in late every morning. But he always has some excuse ready. Like ‘my mother was sick and I had to feed the hens for her’ or ‘the cow fell into the ditch and I had to lend a hand to get her out’. Them sort of excuses. But this particular morning he lands in about half ten and the teacher says ‘Well, what happened you today Peter?’ And wee Peter says ‘Sir, I’m vurry vurry sorry sir but I had to bring our bull to the neighbor’s heifer.’ Now the teacher is from the city here and doesn’t understand these things very well and he says ‘And what had you to do that for, if you don’t mind me asking?’ And Peter says ‘Sir, well sir, I had to take it for to service the heifer you see.’ And the teacher says ‘This is intolerable. You’ve been late every day this week. What was the matter with your father? Could he not have done it?’ And wee Peter says back to him ‘No sir, I’m sorry sir. It had to be the bull sir.’ ”


I heard the laughing behind me and turned round. Stevie Walker the barman with a Remy Martin in his hand and it nearly spilling he was laughing that much. “That’s the best one I ever heard Mole. This one’s on me.”


Now Stevie Walker is tight as a drum and he was standing Moleskin the dearest brandy in the house. It had to be a good joke. It might have been Mole’s but it was mine now. And it was going straight into For I Have Sinned. It’s still there too, nestling near the foot of page 219.

Could we just pretend for a minute that you’re in The Rocking Chair with me and the Tuesday night table quiz is coming to a close? Your team’s name is Google United and you’ve tied for top place with Les Quizerables. So here comes the tiebreaker:


THE ANSWER IS UPSIDE DOWN. SEE BELOW. portrait of the author by Nuala Herron

Yeah I can easily put meself in The Rocking Chair listening to this but it reminds me more of being in Paddy Short's bar in Cross(maglen) any night of the week; thoroughly enjoyable n thank u...

Thanks Nora. Maybe I'll get to Short's sometime!

Thanks Claire. I hope your preparation for the big literary event is going well.