Father Felix Varela became the advocate for the Irish immigrants in New York from the 1830s to 1850s. including the famine period.  There will be a celebration of his life at the Church of the… 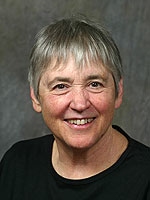