DOMHNAIGH -- On June 28, 1920, at Wellington barracks in Jullundar, India, 350 Irish members of the famous Connaught Rangers regiment of the British army laid down their arms and refused to keep soldiering as long as British troops remained in Ireland. The mutiny soon… 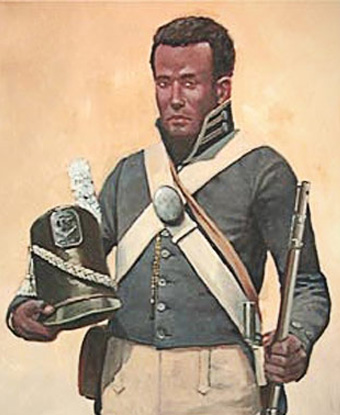 Frederick Hall was born a slave on Benjamin Oden's plantation in Prince George County, Maryland. Frederick Hall was better known by the alias of William Williams. Oden advertised in the Baltimore newspaper on May 18, 1814, that Williams was a runaway.  Despite being a wanted man, Williams…

DOMHNAIGH -- On June 14, 1690, William of Orange, King of Holland, and recently declared King of England, arrived in Belfast with his fleet. The Catholic King James II had been tolerated by the Protestant nobility for a time because all his possible heirs… LUAIN -- On June 8, 1853, John Mitchel escaped from Australia, eventually making it to the United States. Mitchel, a member of the Young Ireland Party, was born in Comnish, Co. Derry. John was the son of a Presbyterian minister. He obtained a law…