No trip to Ireland is complete without a trip to Newgrange, a prehistoric monument in County Meath, located about 1 km north of the River Boyne. As I drove from Belfast, there were places I wanted to stop that had some relevance and interest to me, but I was short on time. After the credit fiasco that left me stranded in Grange for one night and then another night at the Manor O'Rourke, my best-laid plans were put on hold for more spontaneous adventures. I would have no time for real down-time when I reached Triona's later that evening. I met Triona when her family immigrated to Australia. She was 10 and has since moved back to Ireland. I had caught up with her earlier in the trip, as she sang at the Celtic Fringe Festival a song from my musical as part of my presentation.

When I reached the Newgrange visitors centre, they only had one ticket for the bus left which I refused. I wanted to go for a walk -- I had been driving a couple of hours down impossibly narrow roads and I fancied going off the beaten track. Well, that I would do.

It didn’t take long to start stripping off my layers of clothes -- the sun was shining and I was walking excitedly. When I arrived I was struck by the manicured grass and cleanliness of its dome. Newgrange was said to have been the mansion to which Aengus (Oengus) brought the body of Diarmaid after his death on Ben Bulben, so that he could "put an aerial life into him so that he will talk to me every day." 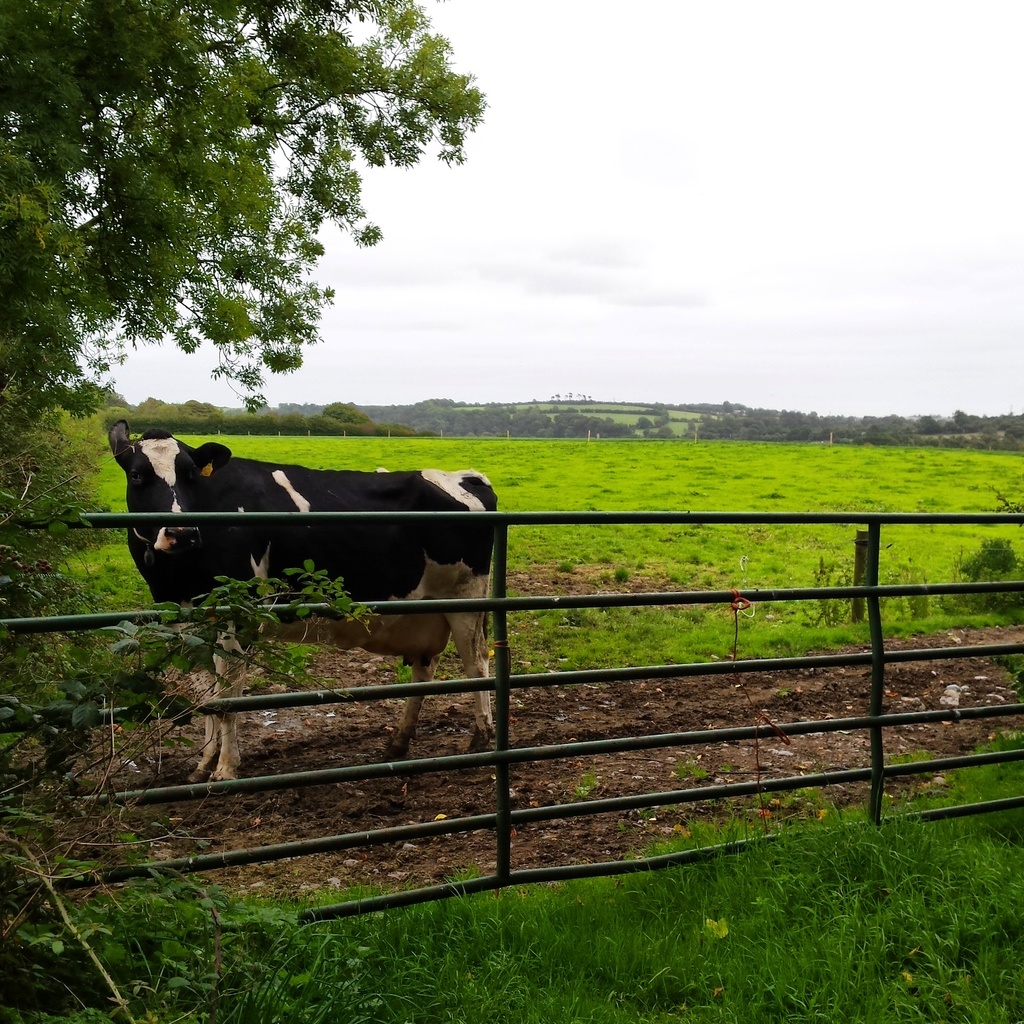 My suspicions were correct about the ticket needed to go inside the structure, however. I was informed curtly that I couldn’t even be on the grounds. I have to say every Irish gene in me doesn’t regret having a quick rebellious scout around. Fate stepped in again. As I was being escorted off the premises by the lovely lass in black, she said to me. “Go down the road, to Dowth, no one goes there and you can just enjoy it at your own pace."

Once again I was riding, or rather walking against the sun. After being sent on the wrong path by tourists, I stopped and knocked on a door. The woman was helpful and worried about me being out when the sun fell. A couple of times I had wondered why the Irish were so worried about me. On the journey I had been warned about danger, sworn to protection and was even chided for apparently going missing. Maybe it's my perceived Aussie naivety, I wonder. I set about down the road a mile. Which is longer than a kilometre. My Doc Martens were rubbing my ankles up when I came across the black gate. It obviously had once been an attraction, but now the peripheral tourist accoutrements are in disrepair. As I clambered through the gate, I felt heavier -- magnetism maybe? Dowth was way too serene, too quiet and too intense. I was, however, curious and excited and moved quickly in an anticlockwise direction around the mound.

There were two small, low entrances both with locked gates. I didn’t go close as I was already aware of the time. I followed a worn path to the top of the mound noticing the stones scattered below and took a photo. I didn’t feel right about being up there, and the ground felt hollow beneath my feet. I went down the way I came up.

As I came around the corner I was struck by the sight of a large sycamore growing out of the sloping mound. I would love to upload a picture but the 6 or so photos I took didn’t work. The camera sound happened and the photo of the information plaque at the gate worked, but the other six? Nothing … I did feel a reverence there.

As I stared at the tree I imagined what kind of happenings happened under its branches. As I got down on one knee to capture the tree, I stopped, took a breath and thanked those who had gone before me. They obviously responded by deleting all my photos. It makes for a lovely symmetry. An ancient sacred site only remembered in a few moments in my mind. I was keen to leave as I felt I was being watched. I made my way to the street, every step like wading through water. 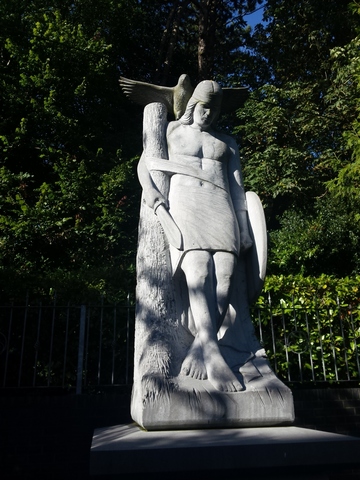 Dowth is the second oldest Neolithic passage tomb in Newgrange, and its name means darkness. It is mentioned in early Irish literature in "The Wooing of Emer" by Cú Chulainn, in the figurative description of a journey between the god and his prophet.

Across the field is the ruins of Dowth church and its graveyard, destroyed during the 1641 uprising. The kerbstones are hidden by the foliage except one, which has been purposely cleaned and is housed behind a fence. Again I took a photo, which never existed. I struggled on the way back to the tourist centre as my feet were sore, I was tired and sweaty.

Just as I was ruing my decision to go off the beaten track, a bus pulled up behind me full of the Newgrange tourists. He motioned, get on!. “You looked there like you needed a lift. I could tell from the way you were walking.” “I love you” I whispered. When we arrived, he said goodbye to everyone and I threw my arms around him.” Thank you!” He laughed. We chatted. I told him about the Celtic Fringe and musical and my connection to Ireland. He had to go, but he stayed, and he told me of the mead, the Chieftains, and the Vikings. He embraced me and left.

What a uplifting story

I think your pictures are vibrant and spectacular! I'm especially fond of he cow with the green field behind. Now there's a green color one could only find in Ireland.

ha yeh! #ireland needs #nofilter. Thanks the scenery really is the star. So beautiful.