My last night in the homeland was spent at Bunratty Castle, a 15th-century tower house in County Clare, on the Ratty river. Caisleán Bhun Raithe meaning Castle at the Mouth of the Ratty. On the grounds of the castle is a folk park, which is just lovely. I unfortunately was wandering through at closing time so didn't get to explore the wee farm houses and cottages on the grounds. 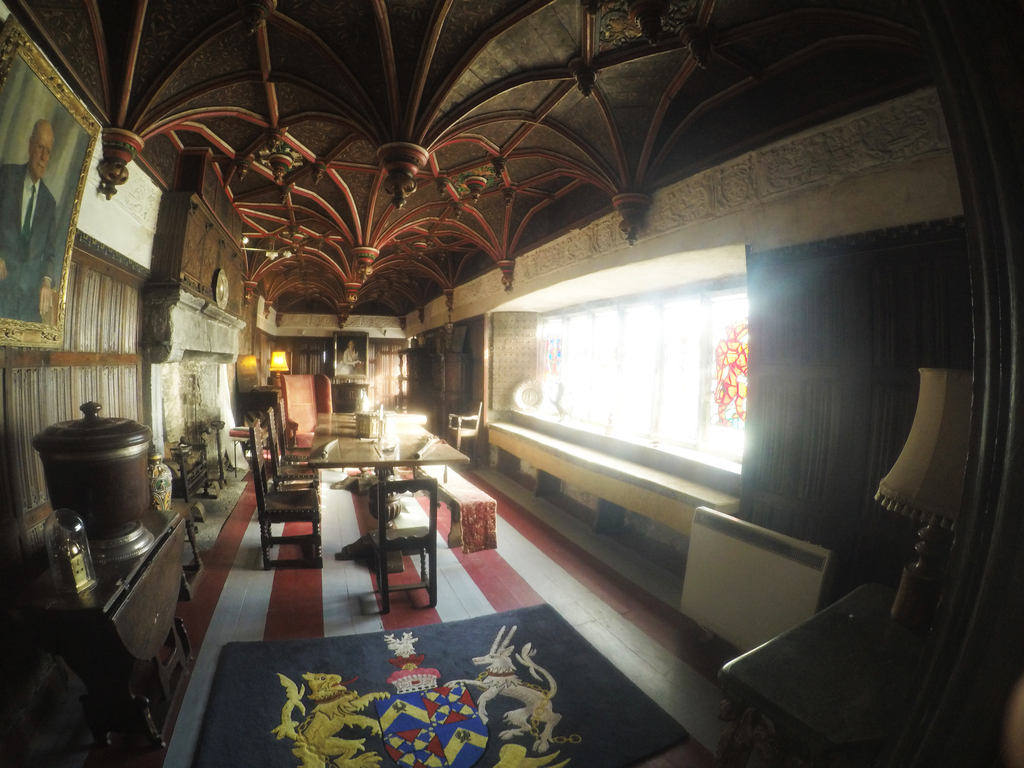 Since I was early, I climbed the narrow stairs and explored the castle rooms and one of the towers. The castle is virtually untouched and an amazing relic

I had a nice Wicklow Wolf beer in Durty Nelly's, established in 1620, across the road while I waited for the second banquet. I had come to see my friend Triona sing and to experience this tourist attraction, which has attracted tens of thousands of visitors.

Built in 1425, the history of the castle is long and you can read about it online in depth. About 1500, Bunratty came into the hands of the O'Briens (or O'Brians), the most powerful clan in Munster and, later, Earls of Thomond. They expanded the site and eventually made it their chief seat, moving it there from Ennis.

In 1956, the castle was purchased and restored by the 7th Viscount Gort, with assistance from the Office of Public Works. He reroofed the castle, saving it from ruin. It was opened to the public in 1960, complete with furniture, tapestries and works of art dating to about 1600. (per Wikipedia)

The experience was excellent, the singers and musicians fantastic, and the skits funny. A king and queen were crowned, stories told and a guest thrown into the dungeon. The food was excellent and the mead delicious. It was only the day before I heard how mead was drunk by the Vikings before they went into battle. Unfortunately, the mead, coupled with the heavy Viking weapons, made the Vikings slower than the Irish who came together to fight them. The Irish, dodging the first swing of an axe, came underneath with a knife to the jugular. Mead was also believed to enhance virility and fertility, and, following marriage, the bride and groom would be provided with enough mead for one full moon. This is where the term 'honeymoon' comes from. Sounds like fun.

Listen to this beautiful rendition of Danny Boy by the Bunratty Singers. (Made even dreamier with a couple of glasses of mead.)

According to tradition, at the end of the breakfast banquet, the couple, each with a goblet of mead, recite this toast.

Friends and relatives so fond and dear,

Tis our greatest pleasure to have you here

When many years this day has passed,

So we drink a cup of Mead,

And ask Gods blessing in your hour of need.

Here's a little video I put together of my night in the castle. Music by the Bunratty performers

Lovely video!  I'll make sure to visit my next trip.