Bray Head that rose above the Town of Bray m I was always fascinated by Butterflies and their many different colours of beautiful wings. Trying to catch them in jam jars, to have a good look at them. I say ‘trying to catch’ because that unfortunately for me was as near to butterflies as I got because the Butterflies always soared out of my reach and left me always looking  after them. That fascination with Butterflies never left me .. Now in old age, I have planted flowers and shrubs that Butterflies are attracted too. These days I just sit and watch them as they preen themselves in front of my eyes, just enjoying all their beautiful colours.

So as we all know, the Irish throughout the world have a name for being storytellers of Myth, Folklore, Legend, or indeed story’s based in truth. Not surprisingly then, the Butterfly & Fire is a part of Irelands Myths and Legends, much to my surprise.

So researching the Butterflies link with Ireland, I have come across lots of different versions of links and myths depending on what research one reads., the Butterfly in Ireland is either good or bad, depending on which colour of butterfly one sees.. according to myth they can predict good or bad events in one’s life. For example., some sources would suggest that they are a message from the fairy’s, [ fairy’s being long associated with Irish Mythology], a sign of the spirits waiting to be reborn.

Each different colour of Butterfly has a  different meaning. For example, if you see yellow Butterflies then success will be yours. While browns and blacks depict inconvenient events. A white Butterfield is said to be either a soul of a child who has died or another myth says that the white Butterfly is for positivity and stability .. And a yellow butterfly brings you face to face with success. I have seen many differing colourful Butterflies all over the years, and for me, they are just a joy to behold. 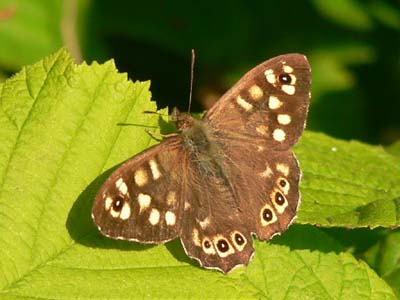 However, other darker meanings in my research would suggest that a white butterfly is related to the very soul of the human beings and to kill a white Butterfly will cause bad luck.  ..  Ireland however are not alone in the myth and folklore that surrounds the imagery of the Butterfly.   In other cultures the butterfly was also a symbol of ‘ the soul’,  ancient Greeks word for Butterfly is  ‘petaloúd’, meaning soul or mind, Mexico, Russia, Central Asia, New Zealand all share the same imagery. Butterfly means  ‘soul."  In Germany however, Butterflies represent the witch’s who hovers around milk churns and butter churns,  coming to steal the cream. In Japan the Butterfly represent the young maiden and marital bliss.

Other meanings would suggest that the Butterfly is associated with the fire of the gods, the “deana-dhe”, an  Irish term for Butterfly, but has several other meanings, which could be a magical flame that appears in the need-fire or the Beltane Balefire. The hallmark of the Beltane was a celebration and the bonfire was used as its source. Spelled many ways [Bel Fire or Beal Fire] has its traditional roots in Ireland   ... Beltane is a Celtic word which means ‘fires of Bel [ Bel was a Celtic Deity]  A fire festival.. which celebrates the coming of summer, the fertility of the coming year. Celtic Festivals were often tied with the needs of the community, and the Butterfly and Bonfires were very much a part of these celebrations...

Another meaning for need - fires is that a fire that is lit and kept ablaze over three nights and days and was central to Irish though in bygone days, whereby when fires were created on a piece of land, and burned for three days and nights, that land belongs to the person who created the fire and who  then must adhere to the principle of the  Butterflies,  and that is, that  the significance of the Butterfly  in Irish folklore must be  attributed to the butterfly as the soul, and therefore it has the ability to cross into the Otherworld, hence the meaning of  “deana-dhe," Gaelic for butterfly and fire,  as the symbol of transformation and creation. Butterfly being the soul, and the regrowth of the land after the fire .. are all interconnected

Historians have noted that as we lack information on pre-Christianity Ireland, we have a chicken and egg situation, because we do not know if the Butterfly-soul imagery existed prior Christianity, or was introduced because of Christianity, to allow the concept of the soul to be explained in a manner that would suggest that the soul fly’s to Heaven.  Either way, there still exist fragments of common culture in village’s around Ireland whereby the   Irish expressions, such as  ‘na féileacán a bhrú as duine,  meaning to push the butterflies out of a person .....still holds true.

Another story that explains the changing state of the butterfly, is the famous Legend or Myth “Tochmarc Étrain.[the Wooing of Étrain ]  . in this story Étrain [daughter of Ailill, King of the Ulaid)  is transformed by a woman who is very jealous of Étrain ‘s beauty,  into a fly. In later versions of this  story , the fly was romanized to the more aesthetically pleasing and colourful Butterfly  whereby , Étaín [now the Butterfly] falls into the drinking cup of the wife of a great warrior of Ulaid  called ‘Étar ’  who had trouble conceiving a baby  .. His wife swallowed the butterfly, and becomes pregnant, and gives rebirth to Étrain !!!...

.And  last but not least for those fortunate to see a blue Butterfly, it is  like a good luck charm, so buy  that lottery ticket or visit the Casino ..