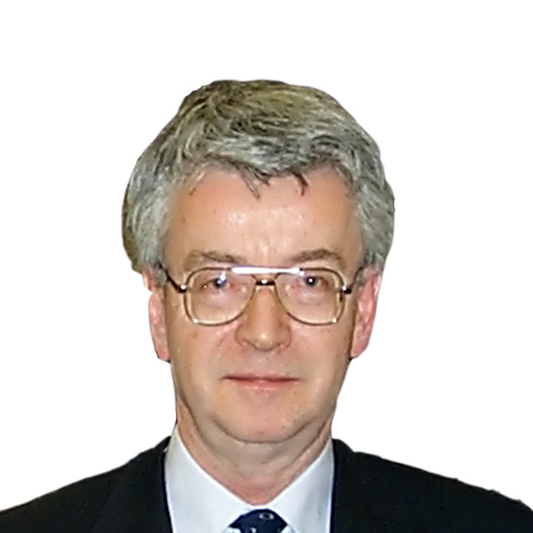 Paul B McNulty posted a photo

The Emigrant Writer, Eustace Boylan SJ: by Paul B McNulty
During his final years of secondary education at Belvedere College, a centre of Jesuit education in Dublin, my granduncle, Eustace Boylan SJ (1869-1953) developed a vocation. To that end, he enjoyed a long and successful life as a member of the Society of Jesus. Apart from his priestly duties, he was an emigrant teacher and writer.

Born and reared at 31 Hawthorn Terrace, Dublin 3, his Jesuit training in Ireland and Belgium was interspersed with teaching in Australia (1890-96) at St Aloysius and Riverview Colleges, Sydney. He was ordained in 1903 and returned to Belvedere College where in addition to teaching, he assisted in editing ‘The Sacred Heart Messenger,’ produced the school play, ‘Little Lord Fauntleroy,’ wrote Sassy, a school story, and gave a sermon on the Sacred Heart.

He returned to Australia in 1906, never to return to Ireland except for a flying visit in 1948. From 1907 to 1918, he taught at Xavier College, Kew, Melbourne, where he was Prefect of Studies and Editor of ‘The Xaverian, 1915-17’. He presented an invited Lecture on ‘Factors in National Decay’ in the Cathedral Hall Melbourne in 1917. It was later published by the Australian Catholic Truth Society focusing on Population, including the themes of Birth control, Religious aspects, Catholic Church and Family Planning.

In 1919, he was transferred to the now defunct St Patrick's College, Melbourne, where he briefly served as Rector. He became Editor of ‘The Australian Messenger of the Sacred Heart’ and of ‘The Madonna Magazine’ throughout his remaining professional life, 1919-48. During this time, he published a novel, ‘The Heart of the School: An Australian School Story’ (1920), and a collection of short stories, ‘Mrs Thunder and Other Stories’ (1923). He also wrote pamphlets for the Australian Catholic Truth Society, including ‘The Real Presence’ (1925) and ‘Daily Mass’ (1942), now both on-line. He also published numerous articles for the Australian Messenger and the Madonna magazine neither of which is readily accessible.

Boylan celebrated the Golden Jubilee of his induction into the novitiate of the Society of Jesus in 1936. Professor George O’Neill SJ, originally of Tyrone, celebrated the occasion by penning an untitled poem in Boylan’s honour, a fragment of which reads: ‘Of Eustace in the southern sphere/The ink that has so freely flowed/The eloquence that oft has glowed/On every theme, in every mode.’ The poem also included a reference to Miss Constance Le Plastrier, L.C. She was a Victorian and a convert, a teacher in a Presentation Convent, the recipient of the Cross of Pope Leo XIII and one of Boylan’s writers in Australia. In 1935, Francis X Talbot SJ, Editor of ‘America’ named Eustace Boylan in his ‘Galaxy of Irish Writers Abroad’ among the Jesuits, William Lockington and George O’Neill.

Boylan wrote his nephew and my uncle, Charles McNulty, in 1944 seeking to recoup his share of the Boylan estate in Dublin for the benefit of the Society of Jesus to whom he had willed the entirety of his estate. Charlie rejected his uncle’s claim but had died by the time Boylan visited Dublin in 1948. The emigrant writer had represented the Australian Province at the Jesuit Congress in Rome in that year. It was then that I met him at a family gathering at 15 Warrington Place, Dublin 2. He was aged seventy-nine and I was eight. We exchanged glances but not a word passed between us.

He retired in 1949 and settled in Canisius College, Pymble, Sydney, where he received a letter in 1952 from Fr Ignatius Bossence M.C., a former pupil of his at Xavier College, Melbourne prior to WWI. The war hero, Bossence, son of Alice Comerford of Kilkenny, explained the circumstances of his tempestuous career. Boylan saw no need to reply. Instead he continued to write and published ‘The Inquisition’ in 1950 and ‘What is Chastity?’ published posthumously in 1954. In the latter case, I have formed the impression that he was unaware of the clerical sex abuse that would later cause consternation in Australia. Had he known, he would have been distraught. In these circumstances, I feel he would have been less enthusiastic with the content of his treatise on Chastity.

Eustace Boylan SJ, died at Pymble, aged 84. He was laid to rest in the Jesuit plot, Gore Cemetery, Sydney. His gravestone is inscribed Boylan - P Eustachius - SJ Sacerdos - 17 October 1953 – 84. There he joined his friend and colleague, Professor George O’Neill who had died in 1947.