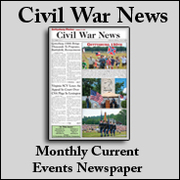 Hi Guys, I'm new to The Wild Geese and the study of Irish units in the American Civil War is my hobby. I look forward to talking with you guys

Welcome to the group, James.

Five Points Irish were reluctant to volunteer after Ft. Sumter, but many eventually want to prove their patriotism and even believe they'll stay primed to fight England, but many don't want anything to do with the war until they face conscription and they must. In spite of what we know about the Draft Riots, many Irish and African Americans lived in harmony in Five Points. Many Irish agreed with the Abolitionists but wouldn't align themselves with them because of the Republicans hatred of Catholicism. If they did, they were called Black Republicans. Tammany became aligned with the War Dems and then there were the Peace Dems (Fernando Wood). Much is not as clear as we've been taught it is in regards to the Irish, Abolitionism, and why they eventually joined up to fight. They received a little money and place, proved their patriotism, and certainly Corcoran's Fenian charisma and background enticed them. I'm interested in the untold and varied experiences of the Irish in Five Points from the time of Lincoln being elected to Gettysburg. I have many books, researched here and there, and have many notes. I'm not looking for general information, but untold slants on the Irish in NYC during this time period.

Cynthia, you may have already this but it's worth mentioning to anyone in the group interested in 19th century NY-Irish: Tyler Anbinder's book Five Points is absolutely fantastic. Well-researched and a great read to boot.

Thanks Brendan, I have that book and it is underlined and worn out from all my times referring to it. Perhaps I have enough research, but I always doubt that I do. I'm always looking for some gems, like when I to to the beach and sea glass hunt and the smallest piece of blue glass catches my eye. By the way, if you don't mind sharing a bit...and just a bit...what is the premise for your novel and is it your first?

Cynthia, this is probably not news to you either, but period newspapers are always illuminating. This is the best online source I've seen for those: http://www.fultonhistory.com/

The Civil War era widows' pension files and Navy survivors' certificates on Fold3.com are great sources of information and inspiration as well.

To answer your question, I'm working on a fictional memoir of an Irish-American veteran of the Civil War. It follows his service during the first two years of the conflict, and delves into his background on the streets of Hell's Kitchen, the Bowery, and Five Points. I've previously written a book of Civil War-inspired poetry, Jerusalem Plank Road, and a still-unpublished novel called Gabriel's Antlers.

Thank you Bendan. I didn't know about this source and it looks very interesting. Your project is intriguing, especially choosing fictional memoir. If it was written and published, I'd certainly use it as part of my research. My novel continues Norah's story as a milliner set during the Civil War period. Good on ya!

Hi Brendan and Ger - Thanks for all the information about Knox. If Edward M. Knox volunteered to the call for 75,000 volunteers and joined the 8th NY State Militia for three months (and i believe he did), would there have been fanfare and a parade? In the book, Gotham, the 69th is said to have been blessed by Bishop Hughes and then marched to the ferry on April 23rd. I thought the 69th, who had been in operation since '49, I believe, didn't march in response to this war until July. And in much of my reading, Five Points Irishmen were not enthusiastic to join in this cause. Yes, later, but initially, no. I will have my characters make up their own minds in regards to the war, but trying to understand the military terms, units, and battlefield drama is very difficult. There are those who study the Civil War in great detail and participate in re-enactments. My novel is not about the Civil War, but takes place in NYC during the war and other than a brief and terrible visit to Gettysburg, it won't be about war maneuvers, cannons, and artillery. But I need to know the basics. For instance, the divisions, i.e companies, regiments, and brigades. Can someone give me a simple breakdown. I have an article that explains this and I'm certain I could google, but if you can give e a simple breakdown, it would help. Hope your book is coming along, Brendan.

Knox's obit in the NY Times says he was a 3-month volunteer in the 8th NY Volunteers, but volunteer regiments were commonly confused with militia units in the papers, so I think you're right, it has to be the 8th Militia.

Just to make things a little more confusing, an important thing to remember about the 69th NY is that they were an existing militia unit before the war. The 69th NY State Militia fought at Bull Run in this capacity. After returning to NY and mustering out in August 1861, those surviving volunteers from the militia unit who chose to reenlist formed the core of the new 69th New York Volunteer Infantry, which was mustered into federal service in Sept 1861. They were probably engrossed in early war fervor same as many other Americans at that time, and although the 69th wasn't necessarily representative of the NYC Irish community as a whole, there was a lot of enthusiasm for the war in Manhattan at that time.

It was complicated however. In Edward Spann's Gotham at War, he explains that many New Yorkers sympathized with the South in the early days of the secession crisis, but when Ft Sumter was fired upon, it ignited nationalist sentiment among the city's populace, including Irish neighborhoods like Five Points. They might have approved of the notion of resisting federal (and Republican) domination, but taking up arms against the ol' stars and stripes crossed the line for many of them. As a result, you had a lot of "War Democrats" among the Irish population who loathed the Republicans but hated the treasonous Secesh even more. Moreover, they felt that the success of the whole notion of an independent, democratic republic was in danger, which threatened the hopes of Ireland and any other people yearning for freedom and pointing to the US as a model for their own future. It was a tenuous alliance that came apart for many NY Dems as the war progressed and issues like abolition, conscription, and substitution came into play. Which isn't to say that there weren't many, many skeptics and "Copperheads" among the NY Irish from day one.

Are you asking for specific orders of battle or just how those units designations relate? This is a good intro of typical army organization:

I can give you more detail if you're looking for something more specific.

You might also start a discussion thread on the topic of 'Understanding Civil War Era Military Organization,' Cynthia, or whatever other specific lines of inquiry you may have. Specific questions are likely to be lost to the bulk of our other devotees by merely continuing on in this nonspecific thread.