Liam Mac Piarais (William "Willie" Pearse) was born on the 15th of November in 1881 and was the younger brother Patrick Pearse, the well documented iconic figure of the 1916 Easter Rising.  It has been said that, to some extent, Willie lived in the shadow of his famous older brother Pádraic.  While this may or may not be true, he was devoted to his brother and was only too happy to follow in Patrick’s footsteps in all his nationalistic endeavors to free Ireland from British rule.  Willie and Patrick were inseparable.

Willie inherited his father’s artistic talents and became a sculptor.  Some of his most important work can be found in Limerick Cathedral, the Cathedral of St. Eunan, and St. Columba in Letterkenny, County Donegal.  He attended the Christian Brothers School in Westland Row, Dublin.  He became a student of the well-known Oliver Sheppard who was an iconic figure in the arts community in Dublin during this era.  In addition to his studies at the Metropolitan School of Art in Dublin, Willie also studied in Paris and at the Kensington School of Art.  It was at Kensington that he was to find fame for several pieces of his work.  Willie was also a talented actor and took part in many plays in Dublin and London.

Willie was being trained to take over his father’s sculptural stonemason business.  However, when Patrick needed Willie's assistance in the opening and running of St. Enda’s School (which they had founded in 1908), he made it known to his father that this was what he intended to do.  Willie became involved and helped establish the arts and theatre program at St. Enda’s .

Willie followed Patrick’s footsteps and joined the Irish Volunteers and the Republican movement. He was made a Captain in the Volunteers and was by Patrick’s side in the General Post Office Dublin during the Rising.  He was at his happiest when they were referred to as "the brothers Pearse."  Patrick nicknamed him "little man," and this stuck.

During the Easter Rising, Willie remained by his brothers side.  He was a stoic figure until fire forced all the Fenians (i.e. Irish Military Brotherhood, the Volunteers, and the Citizens) to evacuate the doomed and collapsing General Post Office building.  Separated from Patrick after the surrender, he was said to have borne himself with dignity and pride.  He was court martialed and sentenced to be executed by firing squad.  At his court martial, the following was said of him:

"This man was a brother of P.H. Pearse, the President of the Irish Republic.  He was associated with the Sinn Fein movement from its inception.  He held the rank of Commandant in the rebel army.  He was present in the GPO during the fighting and was acting as an officer and surrendered with the rebels in Sackville Street." 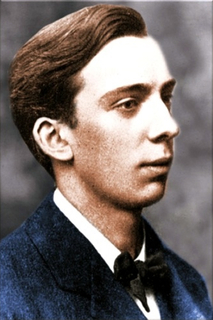 He never saw his brother alive again.  However, there are two reports that suggest that he told his mother and sister that he was being allowed to visit Patrick, but was then told that it was too late as Patrick had already been executed.

The other report taken from the British Archives would suggest that Willie had been taken to join his brother at the firing squad, but the volley of fire rang out as they entered the yard.  Patrick had been executed, so Willie was taken back to his cell.

Willie was executed the next day on the 4th of April, 1916 -- just 24 hours after his brother Patrick.

PS - There are many memorials around Ireland dedicated to the brothers Pearse, including Westland Row Station which was renamed Pearse Station after the two brothers.