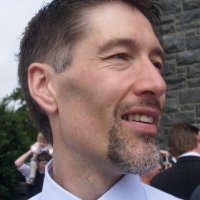 In the 1940s it was tough being a communist in Ireland. All card carrying members were followed by the Special Branch, tended to be boycotted by the establishment and were refused jobs. Thomas O’Brien had returned from fighting in the International Brigade in Spain against Franco. As a vocal and proud communist, and poet, he was faced with certain unemployment. Perhaps influenced by Orwell’s Homage to Catalonia, he swapped his sword for a pen and set up his own business. His business was a printer, but his mission was producing biographies of Irish radicals, socialists and republicans, such as Erskine Childers and Peadar O’Donnell (below, right), a genus largely ignored by Ireland’s intelligentsia.

The books were conceived, written, edited and printed, but publicity and sales were harder. Thomas and his son Michael formed a publishing company, The O’Brien Press Ltd, in 1974, and proceeded to change all that.

The first book produced – and sold – by the fledging business was an autobiography by leading IRA man and writer, Eamonn MacThomais who was still incarcerated in Mountjoy Prison. The same year O’Brien Press was formed, Thomas dropped dead with a heart attack, leaving Michael to carry on the publishing firm alone in the family home.

Michael’s son Ivan (pictured above) remembers a childhood surrounded by books and the excitement of running a business from home. All phone calls during working hours had to be answered "O’Brien Press" and stuffing envelopes was a common family chore. "Aged eight I decided to follow Dad into the family business," says Ivan. "I created a magazine and printed copies. I had a cardboard suitcase but I even managed to sell copies to Hodges Figgis."

Ivan’s path into the family business then took a slight detour as he discovered computers and his own internal ‘geekness’. He first studied Theoretical Physics in Trinity College Dublin before committing to a PhD in Astrophysics. At the same time he was helping his father navigate the business into modern times, learning how to typeset on a computer, and working for the press on evenings, weekends and holidays.

There was no pressure but once he had his Ph.D. under his belt Ivan had to make a decision. "The world of physics is inhabited by very passionate, gifted people. I loved the work but I recognised there were always going to be more talented people than me who were prepared to sacrifice more than I was for careers in this space.  I decided to work full-time in the publishing business instead."

As Ivan donned his publishing hat, he was met with the cry that books are dead. "Every year some new voice repeats that line, and yet the death knell for printed books has not been heard. If anything, printed book sales are on the increase again."

Of course, the world of books is changing rapidly. Currently some 8 percent of O’Brien sales are ebooks, selling in over 80 countries in the last year. While the Kindle and comparable reading devices created a huge surge in digital reading, this has flattened out according to Ivan. "Anyone who is going to read ebooks has already bought their device and is used to buying ebooks so that surge in popularity stabilised."

"I welcome the emarket obviously, I mean I have sold thousands of ebooks in Australia and New Zealand – markets I would never have cracked with just physical books. It is a small proportion of our market, but the opportunity is vast. For a small independent publisher, it makes a big difference to our bottom line."

O’Brien Press now employs 18 people, has over 750 books available by over 300 authors. The content is predominantly Irish – in terms of authors and theme – with some exceptions.

As an independent producer of books, Ivan argues that it is not ebooks that pose the biggest challenge for the future but the huge amount of free content now available, and the concept that exposure is more important than getting paid. "We’ve seen the high-profile tussle between Taylor Swift and Apple, with Swift sticking to her guns," says Ivan. "As a publishing house, we need to convince people that what we create are complex, challenging, and beautifully crafted books. And that people will want to pay money for them. The dumbing down of the entertainment industry – of which we are part – is the biggest obstacle for us. Just because anyone can produce and distribute content cheaply does not mean it’s the right thing to do. Quality has to be at the heart of it. "We strive to keep our content unique and valuable – which is a tough job in the crowded entertainment sector."

Some developments, such as ebooks, have benefited O’Brien Press and others had revitalised failing areas, such as audio books. O’Brien Press had several books on audio cassettes, and this market had dried up, but now O’Brien Downloadable audio has revitalised this area, so old tapes have been converted to MP3 and CD. The flagship products are Brendan O’Carroll’s "Mrs Brown’s Boys" trilogy.

O’Brien has a turnover of €2million in 2014. It was hit by the recession in 2008 when books became the victim of decreased disposable incomes. That hit was compounded the following year by the perversely antiquated sales model operated between printers and bookshops: All books are sold on a sale or return basis, and unsold books can be returned for full credit after many months. This happened in 2009 when returns soared and new sales stalled. "It was a very painful double-whammy," says Ivan. "However, since that hit, sales have crept up again. We have a very loyal following and very loyal staff and I am glad to say business is improving again."

O’Brien is Ireland’s leading publisher of children’s books, which have also weathering the storm. "Children’s books travel well," he explains. "Children are very open to great stories no matter where they come from and this is definitely a growth area for us. Also, being Irish opens doors. At a book fair in the States some years ago two buyers heard the accent and stopped to talk. That resulted in thousands of new sales over the years. And they only stopped because of the Irish accent."

O’Brien takes his job of producing beautiful Irish books seriously. He is just back from Brussels, where he was lobbying the Irish MEPs on behalf of the book industry to maintain copyright laws. "The move to undermine copyright and increase the power of patents is an enormous challenge to all creative industries, primary driven by huge software companies. Threats to publishing come from all directions."

So far, O’Brien Press is succeeding. Book sales are up and technology has extended the global markets. Ivan is quietly confident he will continue to succeed, but will his two children enter the family business? Only time will tell, according to Ivan: But they may want to get a PhD or two first.

Another top article Jillian; an inspiring tale of a courageous and enterprising family. Firms like that can restore Irish credibility and rebuild economic confidence after the Celtic Tiger debacle.

Good to know that some Publishers are taking on board writers concerns . Family run business- wish it all the success in the world