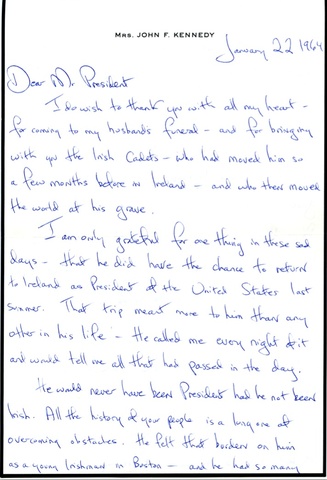 In the early morning hours of August 2, 1943, a small American torpedo boat was moving just west of New Georgia in the Solomon Islands. In command was a young Irish-American destined to be the first Catholic president of the United States: Lieutenant… 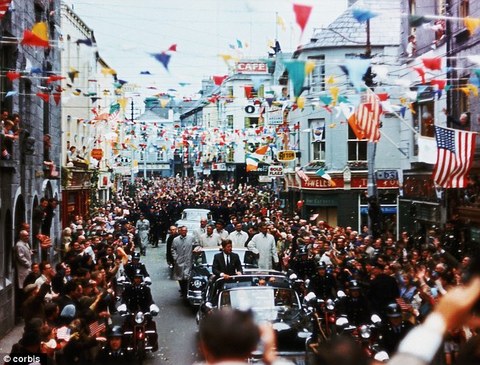 To understand the impact of President Kennedy, one has to understand that the Ireland of 1960 was a very different place, even to the… France has its Eiffel Tower, the U.S. its Statue of Liberty, but arguably the most iconic attraction in Ireland is that cathedral of conviviality, the Irish pub. The unique thing that this Irish institution has is that, unlike the others, it’s exportable, if you don’t count plaster-of- Paris imitations of Lady Liberty and the Eiffel Tower,that really don’t do it for…

It was early Friday afternoon, November 22, 1963. I was a student at the Catholic University of America in northeast…

Respect for JFK’s Legacy an Enduring Part of This Family November 22nd. Strikes a sullen chord. Any year -- and yet this year, it is the 50th year. Striking a crescendo of deep and bitter sadness.

The government of Ireland has pledged aid of more than 3 million euro to the disaster-stricken Philippines, and Irish missionaries are in the forefront of providing assistance to the victims of Typhoon Haiyan, according to Irish news reports. Tipperary-born…