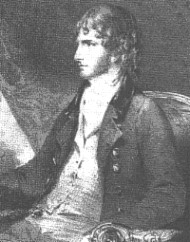 LUAIN -- On July 8, 1770, Mary Ann McCracken -- patriot, philanthropist and sister of United Irish martyr Henry Joy McCracken -- was born in Belfast. Mary Ann was the fiercely independent daughter of a Presbyterian sea captain. With her sister, Margaret, she started a small muslin business while only in her late teens, unheard of for women at that time. She and her family helped revive interest in the Irish harp by founding the Belfast Harp Society.

Mary Ann was a supporter of Henry Joy's United Irish activities and may have helped him form many of his ideas regarding social reform and Catholic emancipation. Mary Ann worked hard to get a pardon for her brother in 1798, and even attempted to arrange an escape. When both these efforts failed, she accompanied Henry Joy to the gallows. After her friend Thomas Russell, in whom Mary Ann may have had a romantic interest, was executed for his United Irish activities in 1803, she withdrew from Irish politics. Much to her credit, however, Mary Ann did not become a bitter recluse -- she devoted most of the rest of her life to helping the poor and supporting the anti-slavery movement. She also contributed to Dr. Madden's famous 7-volume history of the United Irishmen. Mary Ann died in 1866 at the age of 96.

LUAIN -- On July 8, 1642, Owen Roe O'Neill, nephew of Hugh O'Neill and an officer in the Spanish army, arrived at Lough Swilly and was immediately given command of the Irish army then in revolt. O'Neill had been serving in the Spanish army since 1610 and had made a name for himself during his defense of Arras against the French in 1640. Like the Jacobites later in the century, O'Neill would claim to be fighting for the King and legitimate ruler of England. O'Neill defeated the Scottish Parliamentarians at the battle of Benburb on June 5, 1646, but it would be the only major victory for the Irish forces during the revolt. Cromwell and his battle-hardened veterans landed in Dublin in August 1649. He quickly set into motion his plan for the reconquest of the island. O'Neill began marching south to attempt a junction with Ormond's Royalist army in November when he suddenly died. Some say he was poisoned but no evidence supports that.

MÁIRT -- On July 9, 1750, John Philpot Curran, lawyer and nationalist, was born in Newmarket, Co. Cork. Curran, a Protestant, first gained fame by winning a judgment for a Catholic priest who had been horsewhipped by Lord Doneraile. A colleague of Gratton, Curran represented Rathcormack, Co. Cork, in the Irish Parliament and was a strong advocate of Catholic emancipation. During his career, he would defend many famous Irish revolutionaries, including Napper Tandy and the Sheares brothers.

AOINE -- On July 12, 1691, the Jacobite army in Ireland fought the forces of William of Orange 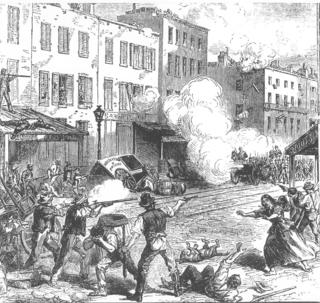 SATHAIRN to MÁIRT -- From July 13 to 16, 1863, one of the more regrettable incidents related to Irish-American history occurred --the New York City Draft Riots