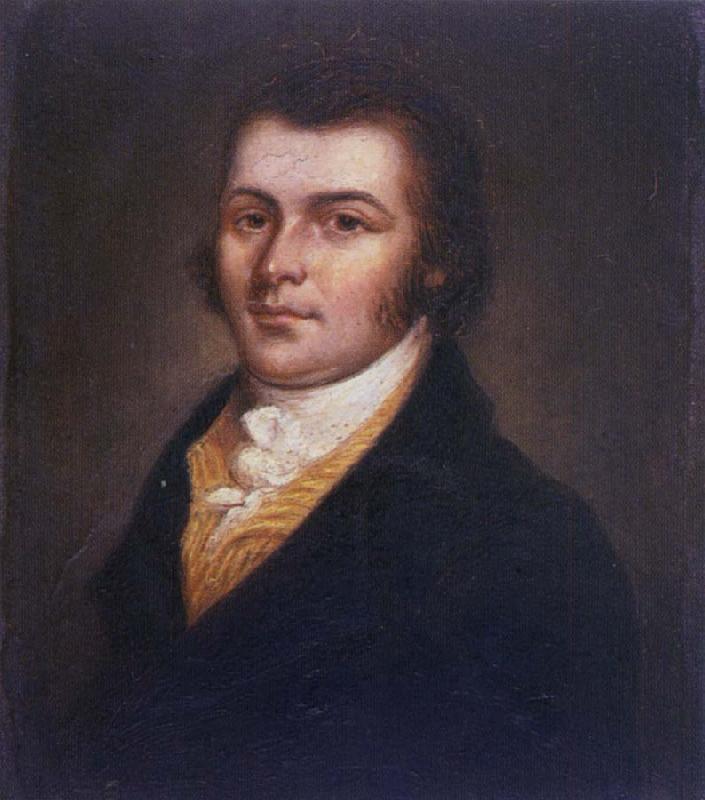 DOMHNAIGH -- On July 14, 1798, brothers John (left) and Henry Sheares, who were both lawyers and United Irishmen, were hung, drawn and quartered in Dublin. Sons of a wealthy banker and member of the Irish Parliament from Co. Cork, Henry was briefly an officer in the 51st Regiment of foot following his schooling, but did not find army life to his liking and resigned his commission. Both brothers became successful lawyers and could have lived out their lives in comfort, but they visited France together in 1792 and there acquired their revolutionary republican principles. On the boat home from France the met Daniel O'Connell, who may have also been inspired by the revolution in France, but was repulsed by the violence that had gone on there and did not join the United Irishmen. They joined the United Irishmen on their return to Dublin and John began to write articles for the Press, a nationalist paper and help organize the group in Cork. When most of the leaders of the United Irishmen were arrested in the spring of 1798, John became the defacto leader for a short time. The brothers were betrayed by an informer, Capt. Warnesford Armstrong, and arrested May 21. Found guilty of treason, they were publicly hung outside Newgate Prison in Dublin. Both are buried at Dublin's St. Michan's Church.

DEARDAOIN -- On July 18, 1874, Irish revolutionary Cathal Brugha was born Charles William St. John Burgess on Richmond Avenue in Dublin. Cathal joined the Gaelic League in 1899 and became a lieutenant in the Irish Volunteers in 1913. He would become one of the most uncompromising advocates of Irish republicanism among all the revolutionary leaders. Severely wounded during the Easter Rising, Brugha lived to become Chief of Staff of the IRA during the War of Independence. One of the fiercest opponents of the Anglo-Irish Treaty, Cathal Brugha fought on O'Connell Street against the Free Sate government at the start of the Civil War. On July 5, 1922, surrounded and hopelessly outnumbered in the Hamman Hotel, Brugha ordered the men under his command to surrender. But after they did, Brugha burst into the street with two pistols blazing. He was fatally wounded, dying two days later. AOINE -- On July 19, 1798, after months of begging and cajoling by Theobald Wolfe Tone, the French Directory finally authorized the sending of French troops to Ireland to aid the rising there. Since the death of his friend, Gen. Hoche, the previous September, Tone had lost some of his influence with the French. Tone and others must have known the chances for success had probably slipped away through endless delays; most of the members of the United Irishmen had already risen up and been defeated. Napoleon had set sail on his Egyptian adventure -- he would later admit he should have gone to Ireland instead. A plan was devised to send small numbers of French soldiers in numerous expeditions and help prop up the Irish resistance, which in truth, even then was nearly crushed. Gen. Jean-Joseph Humbert (left) would command the first French force of some 1,100 men. SATHAIRN -- On July 20, 1866, at the battle of Lissa (depicted left by Eduard Nezbeda, 1911) in the Adriatic, an Austrian fleet defeated a numerically superior Italian fleet. Commanding one of the Austrian ships was Irishman Alfred Barry. Alfred, whose brother, Richard, was also an officer in the Austrian navy, was one of the greatest admirals in Austrian naval history. At Lissa, with the Italian fleet in a line formation, Austrian commander Admiral Count Wilhelm von Tegetthoff formed his ships in a wedge and drove them right through the Italians. Barry was commanding the Prinz Eugen on the right side of the formation, as they split the Italians Barry's ship was hit 21 times but he continued on, doffing his cap and making a showy bow to the captain of one of the Italian ships as they passed closely by. The Italians lost 3 ships and retreated, lifting the naval siege of Lissa. Barry was honored by Tegetthoff after the victory. Barry later helped build the Austrian navy into one of the world's best. He died in 1907 and is buried in Pula.