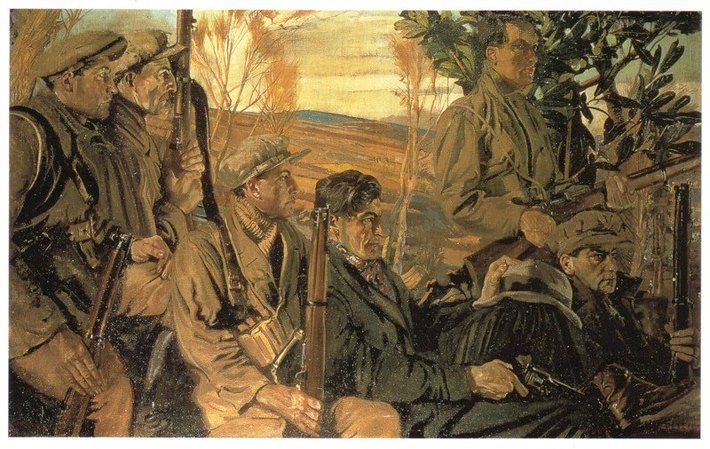 , was born in Rosscarbery, County Cork. Barry joined the British army in 1915 and served in Mesopotamia during World War I. When he returned home in 1919, Barry joined the IRA and put his experience to work organizing and training the IRA's West Cork Flying Column. He turned it into one of the most effective Irish fighting units during the War of Independence.

Barry also proved an excellent tactician during the war. His column's most famous actions were at Kilmichael and Crossbarry. Barry took the anti-treaty side during the Civil War and remained on the IRA's Army Council afterwards but resigned from the IRA in 1938 in disagreement with its bombing campaign in England. His story of the War of Independence, Guerrilla Days in Ireland, published in 1949, is one of the best.

MÁIRT -- On July 2, 1779, on the West Indies isle of Grenada, whose name would be famous again in the 1980s, Colonel Arthur Dillon and his regiment of the Irish Brigade of France were among 2,300 troops landed from ships commanded by the Count d'Estaing. AOINE -- On July 5, 1812, Frederick Maning (right), who would become beloved in New Zealand by its native Māori people, was born in Johnville, County Dublin. Maning immigrated to Australia with his father in 1824. In 1833 he moved on to New Zealand on his own, when few Europeans were living there. His great size, 6 foot 3 inches, and strength, and his personality, greatly impressed the native Maori people there. He acquired some land near Onaki and settled there and married a Māori woman, Moengoroa. They had four children,Susan, Maria Amina, Hauraki Hereward and Mary. Soon the Māori began to call him 'Pakeha Maori,' naturalized citizen. In 1840 he advised the Māori against signing the Treaty of Waitangi, by which Great Britain "legally" gained sovereignty over the island, but it was ratified by them. Maning published a book on Maori life titled "Old New Zealand: A Tale of the Good Old Times" in 1863. In 1865, he became a judge when the British court system was established. When Maning became ill in 1881 developed cancer and traveled to England seeking a cure. He did not find one, and died in London on July 25, 1883. His body was returned to New Zealand for burial.

30, 1691 - Colonel Richard Grace is killed in Williamite attack on Athlone.