Three of Ireland’s well-loved 18th century Gaelic poets lie at rest in the graveyard of Creggan Church, near to my hometown of Crossmaglen, County Armagh. The poets, Filid Art Mc Cooey, Padraig MacAliondain and the rapparee poet Seamus mor MacMurphy sleep under the oaks and elms in the company of one of Ireland’s greatest royal families. The church was founded soon after the arrival of the O’Neills about 1450. Henry Og O’Neill built the original church at Creggan and also built their castle at Glassdrummond.

In 1971, during a clean-up of the graveyard, for the bicentennial celebrations of the birth of Art McCooey, an old, overgrown and long forgotten burial chamber was rediscovered. In the vault were the skulls of more than 70 individuals. Further research identified the remains as those of the O’Neill clan, known as The Lords of the Fews, a barony in south Armagh. There is a picturesque area adjacent to the graveyard known as the Poet’s Glen, where visitors can enjoy the 13 acres of grassland, sculpted garden and river. The Poet's Trail -- Creggan Loop walk starts at the church. The churchyard is one of the most important and historic properties in Ulster. 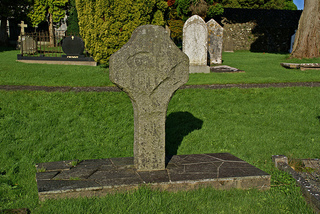 Art McCooey is the best known and last of the five Gaelic Poets from South East Ulster, the others being Pádraig Mac A Loindain 1665 - 1733, Séamus Mór Mac Murphy 1720 - 1750, Séamas dall Mac Cuarta c.1650 - 1733 and Peadar Ó Doirnín 1704 - 1769. He was called Art na gCeoltai – ‘Art of the songs’. His poem Úrchill an Chreagáin has been called "the national anthem of south east Ulster". His poetry is associated with the O'Neills of the Fews, whose castle was at Glassdrummond. His death, on 7 January 1773, represented the end of an era, marking the final eclipse of the old Gaelic order following the exile of the O'Neills after 1641.

McCooey was born in the townland of Ballinaghy now known as Mounthill. Having squandered his portion of the family property after his father's death, Art spent most of his life as a laborer and a gardener. He worked for several local clergy around Crossmaglen including Rev. Hugh Hill Rector of Creggan. Although poor and foolish he was popular with the common people, mainly because he voiced the feeling of the times, the sufferings, hatreds, laments and hopes. His melodious verses were sung with heart-moving feelings, for national hope was not dead in McCooey's day. After the flight of the Earls, few if any of the chiefs in Ulster could support either court or poet. 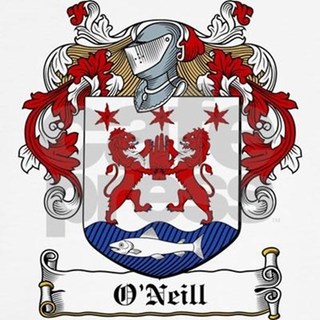 Following his marriage which, although he was a Catholic, took place in the Protestant church after the dispensation to marry his cousin had been refused, he was exiled to Howth for a time. He later returned to the district and was reconciled to the church. This was about the time of his quarrel with Rev. Terence Quinn PP of Creggan and the satirical poem Maire Chaoch ‘One eyed Mary’ written about Fr. Quinn's sister, apparently because of her lack of hospitality to him. After his return he wrote Cuilfhionn Ní Chuinne ‘The fair-haired lass of the Quinns’ in praise of Mary Quinn, ‘a fulsome tribute which is metrically perfect and patently insincere’, which seems to have patched up their differences. Some 25 of his poems survive.

The epitaph on his headstone in Creggan churchyard (erected 1973) from the last line of his poem Úrchill an Chreagáin reads: Gurb ag Gaeil chumhra an Chreagáin a leagfar mé i gcré faoi fhód. ‘that with the fragrant Gaels of Creggan I will be put in clay under the sod.’ Part of the house where he was born is still standing, although fairly difficult to visit.
For more info contact:
info@cregganhistory.co.uk

"0, Noble Creggan, leprosy and woe on thee
'tis under thy mantle sleep the accomplished Princes"

I slept, as a boy in the Poet’s Glen, beneath the Red hand and a starlit, south Armagh sky, content and free. The river, flowing with measure of precise destination, lulled with quiet cascade. Olden, mossed oaks and elms, branched wide and reached for the essence of the ever present Bard. O’Neill, asleep in the churchyard vault, amused, listened to the nocturnal chorus and smiled. I dreamed of McCooey, MacAliondain and the outlaw MacMurphy, together forever, locked in immortal embrace. Still, in quiet unison, they sing the praise of the Lord of the Fews.

In the distance, above the lake, the castle beckoned them all, pleaded their return to home. A young moon bathed the pasture, the trees, the church and river with silvery light and a lone blackbird sang her lament, forlorn, in the cool night air of Creggan vale. In the early light of dawn, a morning stroll along the trail of the poets, past the gardens, past the Church and the great house, brought to mind, thoughts of heroes past and present. The graveyard guards its secrets well, with tenacious grasp, for revelation in future time. Yet ever still, the salmon will run and leap over the rocky waterfall under the bridge, bringing the eternal knowledge home once again.

By John A Brennan 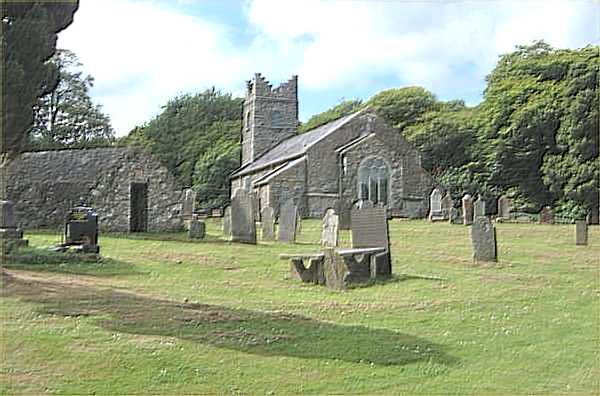 Ah , the peace of the graveyard ; nestling in between the grass and the trees... gone but never forgotten..Its a tradition in Wicklow .. not sure about your corner of the world JAB., that people visit the graves to speak to their departed loved ones,, lay flowers as a mark of respect and then you chat , and chat to all the people who have come to do the same thing ,.... knowing everybody's date of death , there fore bearers etc..... Here in the UK... I do not see this happening... mores the pity ..... I miss that ...

Yes Mary, the churchyard is a quiet oasis.