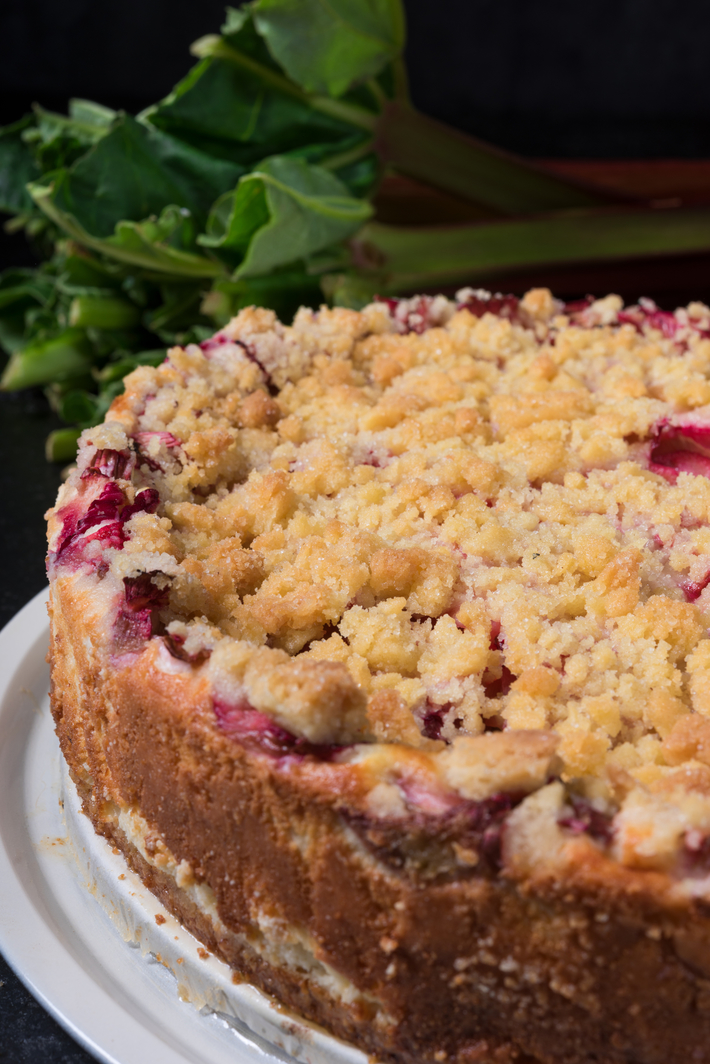 Rhubarb makes only a brief appearance each spring, but because of its tart, bitter flavor, it makes a big impression. Rarely eaten on its own, it’s generally paired with a sweet fruit, especially berries, to balance the flavor. Rhubarb wasn’t a popular ingredient until the eighteenth century, when sugar became a more common ingredient in baking, and now you find it in baked goods like pies, crumbles and tray bakes. You’ll find other yummy recipes in my cookbook Teatime in Ireland. To order signed copies, visit irishcook.com

This very moist, rich cake with a crispy crumble topping is delicious for breakfast, teatime, or dessert. Serve it plain or with whipped cream or crème fraîche.