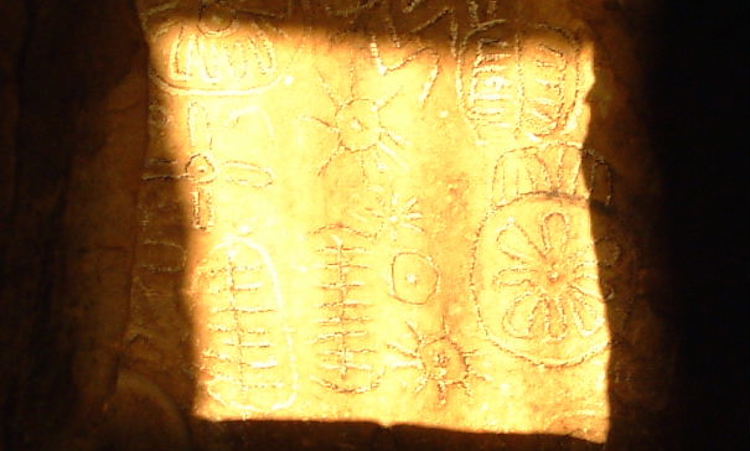 Friday, the 20th of March is the Spring Equinox with an early eclipse of the sun followed by a supermoon all in one day.

The finding by archaeologists of the very special "sun box" in a passage tomb in Newgrange, aligned to the rising sun on just one day of the year, shows just how much the sun and the heavens meant to people so many years ago. There are more such sun boxes in other monuments in Ireland; some are for the rising sun on the Autumn Equinox, others the setting sun. We have stones aligned with the sun, moon or stars showing this was not knowledge held by a small group or clan, but something known by people all across Ireland.

So what would a day like this mean to people thousands of years ago?

At first, it is natural to think of early inhabitants of these islands as slow, stupid, dirty savages. They had stone and wooden tools, some basic farming skills, and they hunted for food a lot ... right?

No! These people were masters of the land on which they lived with warm houses, strong family ties, and an ability to work gold in a way that would challenge any metal worker today. They had tattoos, hair dye, furs, saunas, and a form of beer / mead. They made fire, feasted, and partied at different times of the year. So, how about a day like this?

It would not have been lost on them that with 12 hours of day and night (equinox), an almost complete eclipse of the sun and the moon looking bigger than normal and shining so brightly was not something normal. So, what could happen next -- and what could go wrong on and around a day like this?

Tribes or family groups would have gathered to celebrate the coming year and look towards a new year and rebirth. Hillsides for miles around, places like Tara and Rathcroghan, would have hundreds of people arriving for days before their sacred day. Trading of animals, skins, gold, weapons, and slaves would have happened each day ... and the party, for some, would have not stopped for days. In other words, great craic.

But if the day turned, as the 20th is promised for Ireland, and became cloudy and wet, what then could have been the repercussions?

If you were a Druid, you might forsee something like this happening. In early Celtic life, there were no weather stations; but some think they could read from clouds and the actions of birds, itself a gift of the gods. Who gets the blame for all these special happenings being blocked from the ordinary people, and what was the punishment (if any)?

Bog bodies have been found preserved where they were killed and buried. Could these ritual killings have been a result of such a day. Would people have seen clouds on such an important day as a sign of doom for the next year and punished their king for such bad luck and possible resulting doom in the year to come?

Whatever they thought, their feelings were not written down ... and so, we guess on.

Although a good part of Ireland was cloudy, I have seen some wonderful photos of the eclipse as it happened on the day. Good news for Ireland this year? Let's hope :D

Now then Frank ; my Grandmother could tell when it was going to be raining ; snowing or sunshine ; by looking at the sky's and standing still to catch which way the wind blew . As children we would smirk behind her back ; thinking -oh yea; but yes you have guessed it ; she was always right