Originally from Maigh Cuilinn (Moycullen), in County Galway, Pádraig now lives in Limerick, the hometown of Frank Mac Court, author of the book in question. A writer of fiction, he has written several collections of short stories and novels, all in the Irish language (as Gaeilge).

During a visit to Ireland, The Wild Geese Gaeilge Producer Oisin Breatnach caught up with him and, although it was a busy Christmastime, the author gladly assented to an interview. (Editor’s Note:  The English version of Breatnach is Walsh, the fourth most-common surname in Ireland. There are various spellings of the surname. Oisin and Pádraig are not related.)

Pádraig and Oisin spoke to each other in their familiar Irish tongue, this being the mode of communication between Irish speakers, as to speak in English would be formal, unfriendly, and possibly disrespectful. Breathnach, according to Oisin, was very affable and friendly, and, he added, “we established an immediate rapport.”

The interview was conducted via e-mail and phone and translated into English to Padraig’s satisfaction, remaining as true as possible to the form of his answers.

Herein, Padraig talks about his views on the value of translating books into Irish, his views as an Irish writer in general, the difficulties facing writers in the Irish language today, and his opinions as to how an Irish language literary revival may be achieved.

Padraig also talks about the reaction of the people of Limerick to the original publication of “Angela' s Ashes,” and the favorable reaction of Irish speakers to the new version in Irish.  [To read the interview in the original Gaeilge, follow this link -- WG]

The Wild Geese: You were commissioned to translate this work. Can you tell us how it came about? Pádraig Breathnach (right): I was asked by the Limerick Writers Centre to undertake this as a special tribute to Frank Mac Court and his local roots.

At first I was not very enthusiastic, as I felt that anyone in Ireland could read the English version if they chose to. In addition, I was not that impressed by a book, referred to as the ´epitome of misery,´ as I felt there was enough misery already in my life, nor did I feel there would be much demand for it, either.

But as I started to read it carefully, my opinion changed and I now view it as a classic, and that it is worthwhile to translate famous English books into Irish to entice more people to read in Irish. Although I have stayed true to the original text regarding style, et cetera, I have met some people who prefer the Irish version and who now have a higher opinion of Mr. McCourt.

The Wild Geese: Do you think that the experience of writing a book about Ireland in Irish is different than writing it in English?

Breathnach: To be honest, I don’t think there is. It depends on the sympathy and understanding of the author. If you are from that culture, and have a facility in both languages, I think you can convey the subject in a lively intelligent manner in either of the two official languages.

But, if you were to come at it from outside, its possible that some of your expressions would be wrong. . . . For example, if you were someone from England writing about Ireland, it would be difficult to be exact, as your experience would probably be a city one and not the rural one endemic in Ireland until recently.

Or, take someone from Galway city, writing about Moycullen (Maigh Cuilinn) of my youth, he or she would find it very difficult to find the right English words, as the local English was very much influenced by the Irish language.

The Wild Geese: Do you think this book touches a particular chord for Irish people?

Breathnach: This book is not at all liked by the majority of the older folk in Limerick. They were and are [virulently] against it, saying that it shames Limerick and her people. ´Lies, rubbish and sensationalism,´ they say! They hate the things he has said about his mother also, and about the Church.

[McCourt] has had more of an influence on people from outside Limerick, but even then, many of them say that it is directed at an American readership. It is true that Americans of Irish roots have a more sympathetic opinion of it than the Irish themselves. And it has an appeal for the poor of the world as they are not opposed to it as are the people of Limerick. They are more objective about it, or prouder still that there have been so many improvements in their conditions since then. They are not saying that he has lied -- in any case, they are his memories of his youth and not an autobiography. That needs to be emphasized, as no two people have the same take on something that happened, especially in the case of something that happened far back in their youth.

The Wild Geese: Do you see comparisons between life in Limerick at that time and that of your parents or relatives  in the Gaeltacht or Galway ? 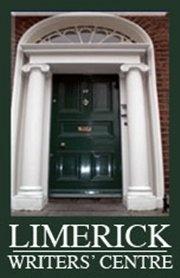 Breathnach: There are more contrasts than comparisons, I would say.

There was a different poverty in the countryside, especially in the Irish speaking, ´gaeltacht´ areas or in the semi- or part-Gaeltacht, as was in my own case. There were enough essential foodstuffs in the countryside because people were able to plant their own basics.

As I was growing up, I spoke a ´clever Irish´ and a ´broken English,´ which I thought was faultless at the time, but when I spoke English in Galway, they thought I was speaking Irish. It was an ‘Irish-ised’ English, almost all in the Irish structure, although I did not realize it at the time. Of course, there is some of that in “Angela´s Ashes,” also.

The Wild Geese: What difficulties did you face in translating the work from English to Irish?

Breathnach: The biggest difficulty was trying to decide on which dialect to choose. I am a Galwayman, and it was a Limerickman who wrote the book. Scholars have told me that the spoken Irish of Limerick is closer to the dialect of the ´Déisí´ than that of ´Corca Dhuibhne,´  I was advised to use my own dialect in the conversational pieces and standard Irish in the text. But there is not much text in the book; when it’s not a conversation, it’s a monologue.  I saw early on that neither standard Irish nor straight grammar would  be adequate, that the fluidity and freedom of the work would be destroyed.  It would restrict and debilitate too much, and take away from the play and spirit of the book. 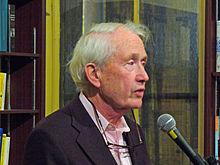 In the end, I chose the living Irish as it is heard on Radio na Gaeltachta, on the Irish language television network TG4, and in the all-Irish schools, of which there are five in Limerick City.

The sum total is a mix.  As well as that, I have lived over 40 years in Limerick.

In any case, there is no doubt but that the western accent is stronger than any other in the translation, although there is some Munster and some Ulster Irish there, also, as my father came from Toome in County Antrim.

The Wild Geese: The publishers state that they hope that this will encourage more people to read in Irish. As a writer in Irish yourself, tell us of your experience regarding the crisis that writers in Irish face with a limited readership.

Breathnach: When I undertook this task, I was not of the opinion that it would entice more people to read in Irish, but since the book was published a few months ago, my opinion has changed. I believed that the translation would perhaps be used for translation purposes, but now I also believe that there is a good possibility it will at least entice a small number back to reading in Irish.

At the launch in Limerick, a young woman from Galicia called Dania bought five copies to send home, although she did not speak any Irish. The same thing happened in New York, as most of the people who bought the book spoke little Irish but wanted a copy as a souvenir. Here in Limerick, some people contacted me to say that the Irish language is more suitable to the life there than is English. How do I feel as an Irish-language writer about my readership? I don´t think about it. I convince myself that some people will read my book, but I write principally for myself, and I have enough trouble trying to satisfy myself.

The Wild Geese: How many Irish language publishers are there in Ireland today? Tell us of the problems publishers in Irish face and the risks taken in promoting the language.

Breathnach: There are at least five major publishers and a few others might publish the odd book.

It’s easier and cheaper nowadays to publish books due to technological advances. Certain grants may be available.  Of course, it would be difficult to make a living from publishing in Irish only. But a book can be published quite easily and the sales don´t need to be great to cover the costs. Needless to say, there are problems and frustrations connected with publishing in Irish, in particular regarding distribution. In many ways, publishing books in Irish is a labor of love.

The Wild Geese: How do you feel about the fact that the Irish Government, despite its claim to support the language revival, has cut all funding toward the Irish language ?

Breathnach: At present in Ireland the recession is bad and, as a result, there are cutbacks in all areas. However, I blame the public more than the government in regard to the Irish language, as there would be a stronger support for the language if there were a bigger demand for it from the majority of the citizens.

Some of the Government members speak a fine Irish and are prepared to speak it when it is sought. Of course, it could be argued that if they showed more leadership qualities, that the people would then follow, but I would not be too sure of that. In the main, politicians follow the public current.

I do wish that the government would give stronger support to the ´Gaelscoileanna,’ the Irish language schools, as I see there a foundation that could be built. I think that the people would then come with positive commitments.

The Wild Geese: What writing projects do you have in the pipeline?

Breathnach: I am writing a novel, a campus / college novel, a subject not yet to be found in Irish.

And like everyone else at present. I am writing my memoirs! WG