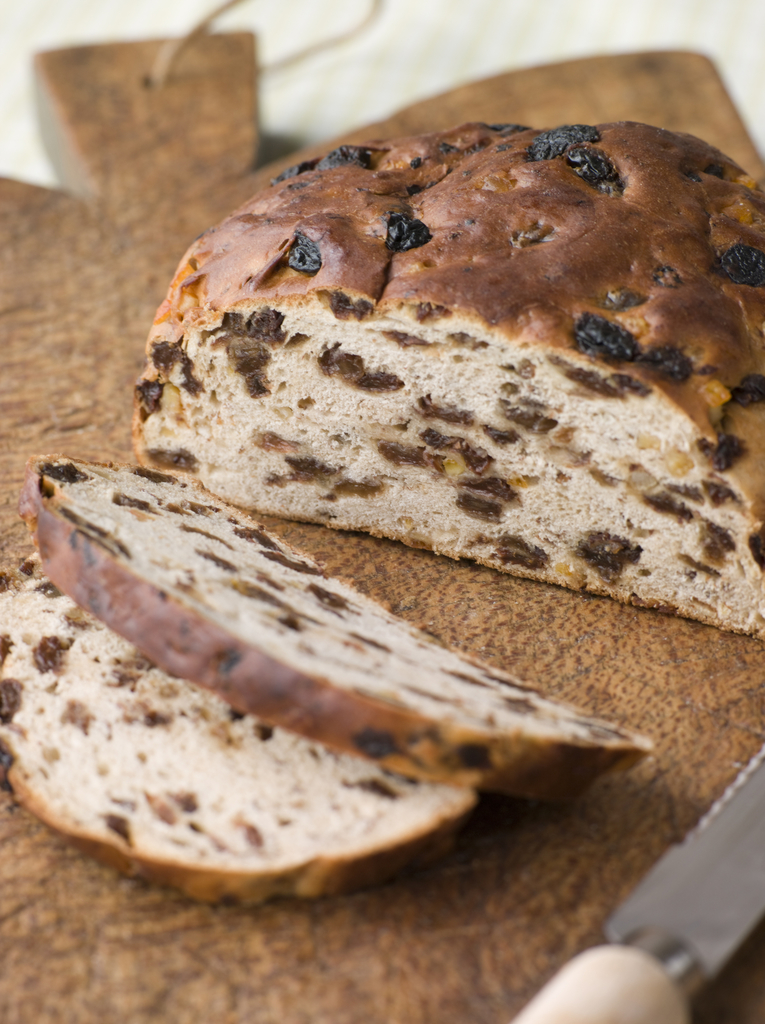 The ancient Celtic harvest feast called Samhain (pronounced SAH-win) marks the end of the harvest season and the beginning of winter, the “darker half” of the year. It’s celebrated on October 31-November 1, which is nearly halfway between the autumn equinoxand the winter solstice. It was suggested in the late nineteenth century that it was the “Celtic New Year,” and over time, Samhain and All Saints’/All Souls’ Days merged to create our modern celebration of Halloween. Several foods are traditionally eaten in Ireland at this time,especially Barmbrack, a yeast fruit bread. According to tradition, hidden in the Halloween Barmbrack were tokens to foretell the future — a ring for the bride-to- be, a thimble for the one who would never marry, and a small piece of cloth indicating the one who would be poor. Fortune-telling aside, Barmbrack is delicious anytime of the year, but is most popular in the autumn. Serve it spread with butter and toast “Happy Halloween” (oíche shamhna shona duit)! You’ll find this and other delicious recipes in my cookbook Favorite Flavors of Ireland. You can order signed copies at wwwirishcook.com

2 cups dried fruit such as raisins, sultanas, and currants

Note: Rapid rise yeast is mixed directly into the dry ingredients. It replaces the first rise in two-rise recipes.