During a nostalgic trip to Dublin City, Ireland in June 1971, I found myself in the delightful St. Stephen's Green, a welcome oasis in that bustling, cosmopolitan city. The park is sited not far from the Four Courts building, which sits on the north bank of the River Liffey, and the last bastion for those brave, but sadly, doomed rebels of the 1916 rebellion against British rule. Earlier I had visited Glasnevin Cemetery, the final resting place for most of Ireland’s heroes, and decided to rest a while before moving on to Trinity College. Stopping off at Bewley’s Coffee house on Grafton Street for one of their delicious lattes, I remember remarking on the way everything seemed to sparkle and glow in the bright sunshine and how the feeling of contentment always enveloped me anytime I visited that magical city. The city truly had an aura all its own and gave off an almost surreal feeling of believing anything could be possible. Finishing my coffee I slowly walked the short distance to the park, entered through the wrought iron gates, approached a comfortable looking bench under an old linden tree and sat down.

Sitting there admiring the rows of Georgian houses, the sharp sunlight reflecting off the window panes caused me to shade my eyes. Gazing at the granite, Greco/Roman facades, cut with masterful precision, I thought of the skilled masons, long departed, but leaving behind their wonderful creations for us to enjoy. As I looked at the solid entrance doors with their many ornate panels, and being a carpenter myself for many years, I thought of those talented craftsmen, whose hands had hewn the raw wood, fashioning it into superb works of art, a lasting testament to their ingenuity. Each door was painted in an array of reds, yellows, blues and blacks, their heavy, brass door knockers gleaming in the bright sunshine.

Still thinking of those creative workmen, I slowly turned my head and noticed off to my left, beside a large, blue, flowering azalea, close to the fountain, a strange looking man feeding a small flock of finches from a red, velvet bag that hung from his wrist. He was sitting on what I can only describe as a cane with a fold-out seat, but it was his hat that really caught my attention, a large, black fedora with a red feather in the band, which stuck up in the air at a jaunty angle. That’s odd, I thought, he wasn’t there before. I looked around to see if anyone else had noticed him, but no, everyone else carried on with their meanderings, chatting and taking no notice whatsoever. As my gaze returned to the peculiar looking man, it struck me as even more bizarre that he wore a long, royal blue-colored, velvet cloak over a black sateen coat, which had a bright, red carnation sprouting from the lapel. He must be an actor on a break, I reasoned, and looked around expecting to see a crew in attendance. I failed to see anything that could be construed as belonging to a film set and turned to look at him once more. He was standing up by then, folding his cane. A tall man, more than six feet, he had an air of other worldliness about him. Maybe he's wearing heels, I mused, glancing at his feet. 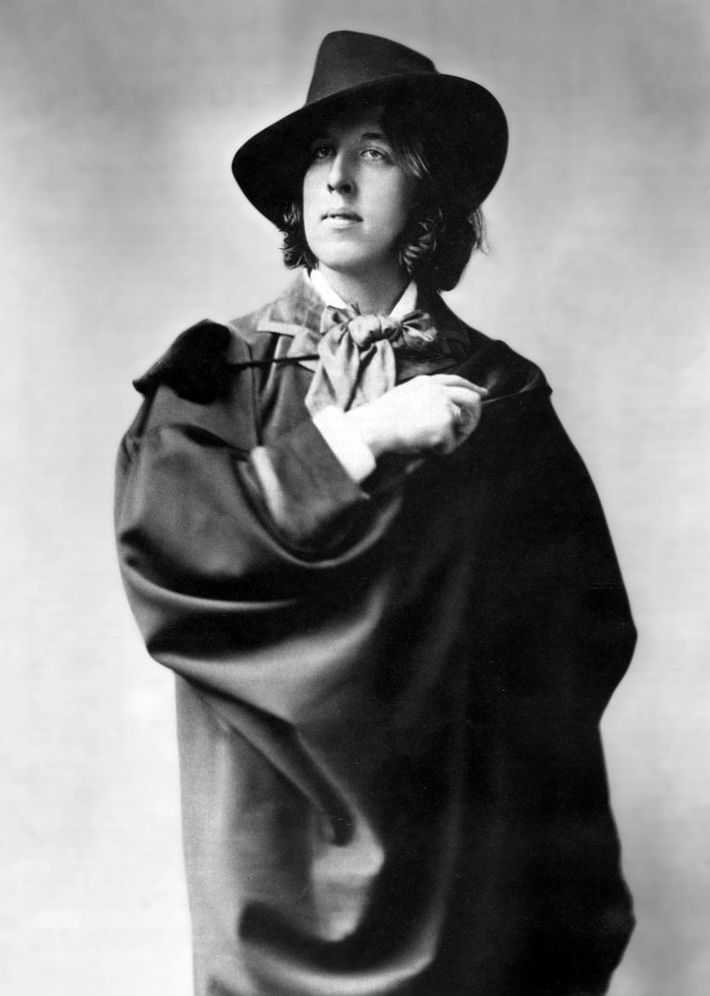 As I looked, I stood up, blinked twice in surprise when I noticed that the strange looking man was wearing a pair of black and white spats over his glossy, patent leather shoes. Bringing my gaze upward, slowly absorbing his strange attire, I noticed his grey pin-striped trousers had razor sharp creases. As my eyes came level with his I was startled to find him looking directly at me with a haughty expression on his pale, fleshy face. His unblinking eyes stared at me with an intensity that sent a shiver throughout my body.

"Don't you know that it's rude to stare, dear boy," he intoned in a deep voice.

"Me?" I said as I looked around to make sure it was me he was addressing.

With a dramatic sweep of his outstretched arm, the red lining of his cloak flashing like a matador’s cape as it billowed wildly, reminded me of a mainsail on one of the schooners in Dublin Bay. He must be an actor, I thought, or maybe he’s a foreigner visiting from the continent.

"People nowadays … no manners! It was so much more genteel in my time," he sniffed.

As he talked, I looked more closely at him and although he seemed peculiarly familiar, I couldn't, for the life of me remember where I had seen his face before. I knew that I was aware of who he was but it was like my mind had blanked out his identity. It was the strangest feeling of not knowing something that I was convinced I did know but couldn’t recall.

"Are you from around here?" I queried.

He stared at me with what I can only describe as a look of pure disgust and sneered,

"Obviously you are ill-bred and have no manners. You, my dear boy, are a boor."

I was about to voice my indignation when, with another flamboyant gesture, he intoned, "This whole city once worshipped me, until I encountered the bloody begrudgers and the incessant naysayers."

Then with another majestic sweep of his arm, in an almost complete circle, he continued,

"This city was mine, all mine ‘til I was forced to abandon her."

Who is this man?

As I looked closer at him, I was reminded of those figures you see on display in a wax museum. He just didn’t seem to be real, he had the palest skin I've ever seen, and appeared to shimmer in the afternoon sun. A sudden, frightening thought caused me to shudder.

He's not real! This man looks like a ghost! 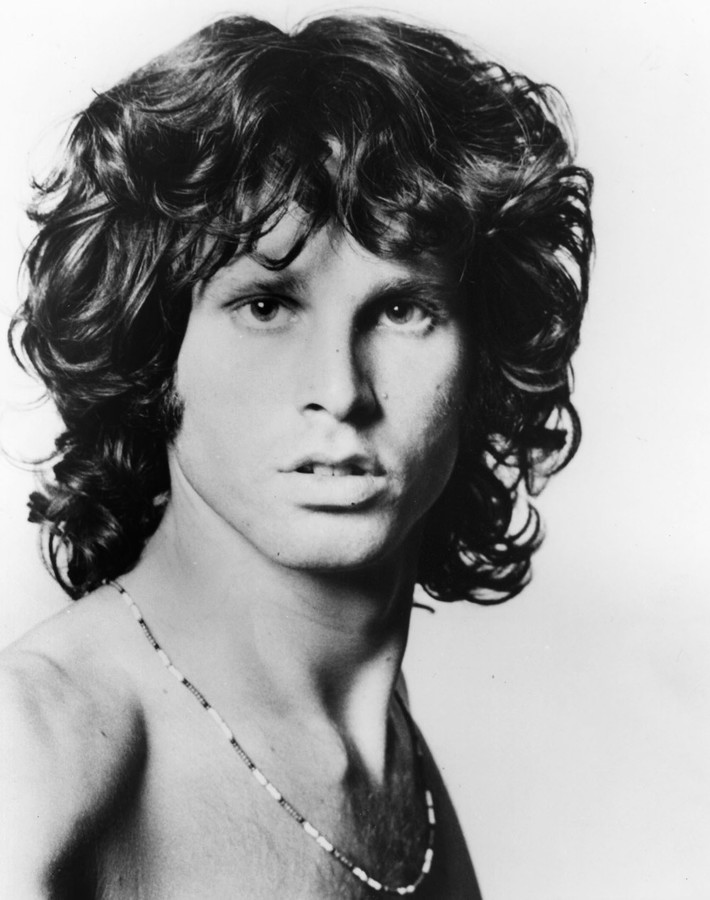 With that thought, I turned, and hurried toward the exit. As I neared the gate, I glanced warily over my shoulder only to find him right behind me, so close I almost collided with him. He appeared much taller than before and I could clearly see his unblinking, blue-grey eyes peering at me intently. It was then I noticed the large yellow diamond set in the gold pin which fastened his red, silk cravat. I stood rooted to the spot and was drawn to stare at it, dazzled by its intense, hypnotic brilliance. Then everything started to fade. …

I don’t know how long I stood there transfixed, but I was suddenly roused from my stupor when I heard him say in a deep baritone voice, “Mr. Brennan, do come visit my friends and me the next time you are in Paris. I reside in Pere Lachaise and will be getting a new neighbor soon. His name is Jim Morrison and he will be moving in in July." It was then that it struck me, this man was the famous author and playwright Oscar Wilde! But how could that be? Oscar Wilde died many years earlier, in 1900, and how did he know my name? I'm positive that I never mentioned it. Unnerved, and with his loud laughter ringing in my ears, I ran out onto Grafton Street, my heart pounding. 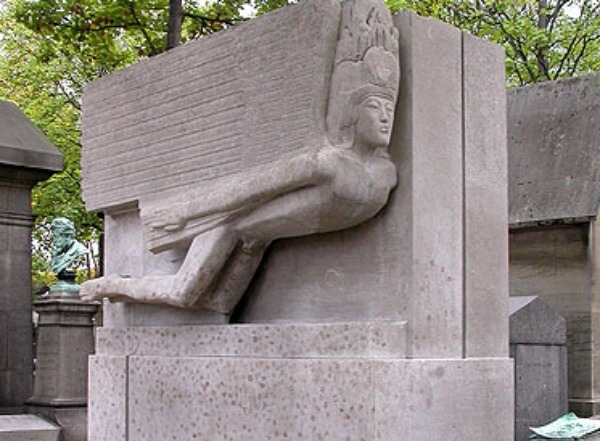 Two weeks later, imagine my shock when the news broke that Jim Morrison, the lead singer with the Los Angeles rock band ‘The Doors’ was found dead in a bathtub in his hotel in Paris on July 3, 1971, and his funeral took place in Pere Lachaise Cemetery, close to Oscar Wilde’s winged tomb. 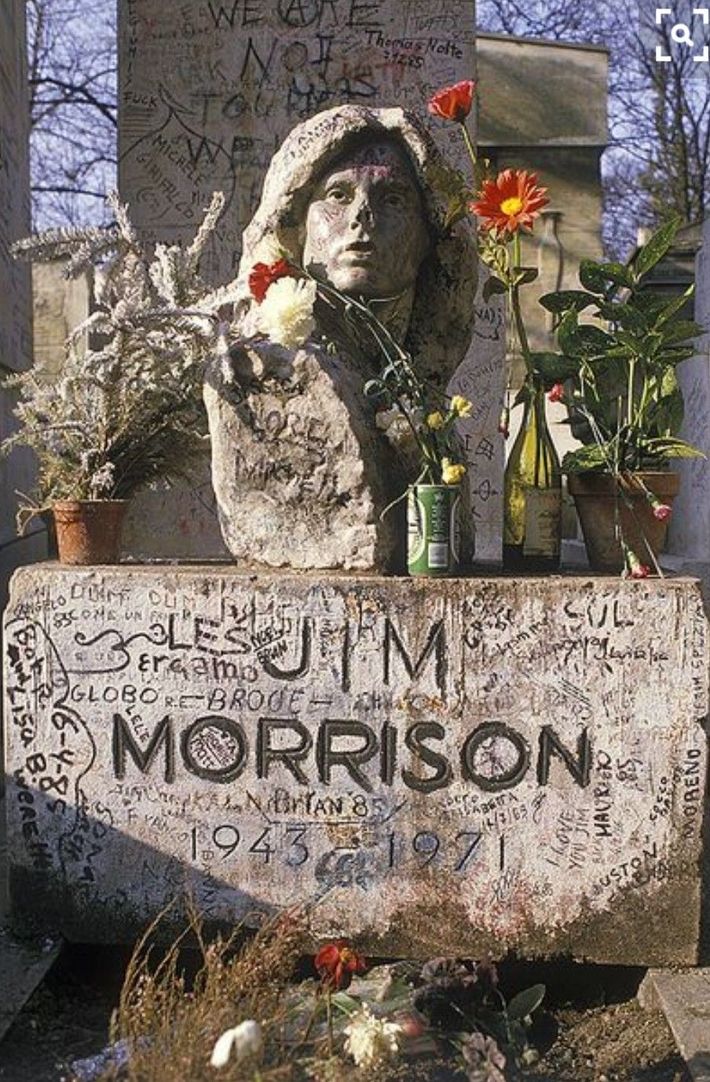 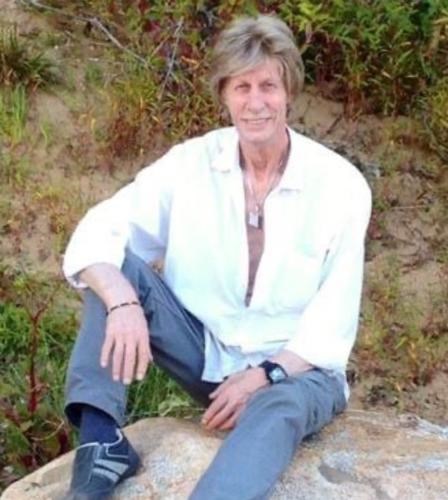 Sad news -- longtime WG member, supporter and contributing writer John Anthony Brennan died July 17, age 72. I only learned of his passing a few days ago from a Facebook post. A few of us have been discussing John's legacy here: https://thewildgeese.irish/profiles/status/show?id=6442157%3AStatus... Please feel free to join the conversation there!