One morning, in late summer, a young boy set off eagerly, on his journey of life. Brimming with excitement, his eyes shone with innocent anticipation. He was going to school for the first time! He was going to learn new and wondrous things! The boy had dreamt and looked forward to this day for as long as he could remember, And now, this day, the dream would come true.

Hand in hand with his mother, satchel on his shoulder, he hurried along the quiet country road, past the hawthorn hedges, past the cows and sheep grazing in the fields, past the fragrant honeysuckle and wild raspberry bushes that grew in profusion along both sides of the road. He walked fast, so fast, his mother had trouble keeping pace with him. Rounding a slow curve, the schoolhouse came into view, its gleaming white walls beckoning him.

There it is! On sight of the schoolhouse, the boy broke the hold of his mother’s hand and ran. When his mother caught up to him, he had already made his first new friend, another young boy, like him, eager and full of wonder.

Unfortunately, during his second day of school, the young boy was caught whispering to his new schoolmate in class during lessons. This infraction so incensed the schoolmaster that, in a fit of temper, he hit the two children's heads together with such force, it damaged the boy’s hearing for the rest of his life. The result of this violent act rendered him unfit to participate fully in school, and unable to understand his teachers. Fearing his father’s anger, the boy did not report the incident and his injury was not treated. With his hearing thus impaired, it ultimately led to the boy unnecessarily being perceived as dull or mentally challenged by his peers, teachers, and family.
Was the dream over so soon? 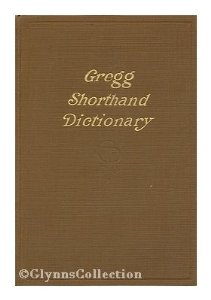 John Robert Gregg, was born on June 17, 1867, in Shantonagh, County Monaghan, Ireland. He was the youngest child of Robert and Margaret Gregg. In 1872 the family moved to Rockcorry, County Monaghan. Robert Gregg, a strict disciplinarian, was of Scottish ancestry, and held the position of station-master at the Bushford railway station in Rockcorry. Robert had an inventive, inquiring mind, and two of his children were considered brilliant. Great things were expected of the youngest Gregg when he started school at the age of five. Robert Gregg and his wife raised their children as strict Presbyterians, and sent their children to the village school in Rockcorry, which John Robert Gregg joined in 1872

In 1877, a journalist friend of Robert Gregg Sr. visited their village for a weekend. The journalist, being versed in Pitman shorthand, took notes of the sermon given by the local preacher at the Sunday service. Unbeknownst to anyone, the preacher had plagiarized the words of another famous preacher and when he saw that notes were being taken he started to sweat and stutter, fearing the journalist would publish his notes and therefore expose the plagiarism.

That same day, Robert Gregg Sr knew that shorthand was a powerful skill and insisted his children learn it thoroughly. John was not included as he was deemed "simple and a "slow learner." Undeterred and on his own, John learned a completely different system; a system developed by a man named Samuel Taylor. With grit and sheer determination, John taught himself the system fully, and as the new method did not require the ability to hear in order to learn, John picked it up rapidly. He also took an interest in speed writing when he was 10 years old and despite having to leave school at age 13 to help support his family's finances, had by the age of 21, published Light Line Phonography, a 28-page booklet using a phonetic alphabet which he had invented. Gregg's alphabet was later translated into more than a dozen languages. 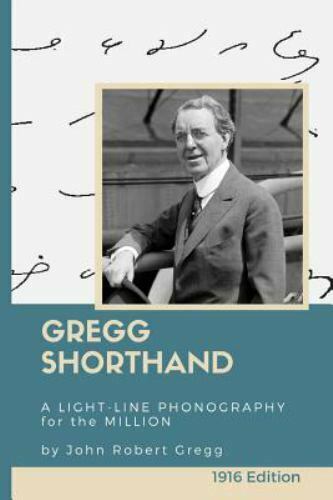 John Gregg emigrated to the United States in 1893 and settled in Chicago. He wrote and published several books on the subject of shorthand which are still in use today.

Books for Sale at: https://www.amazon.com/author/johnabrennan

To have short hand skills when I was growing up, was considered to be an huge asset . My eldest sister and one of  my paternal Aunt both had these skills in abundance.

I'm happy that you enjoyed the read.

OH JAB you have no need to apologize.... your article above is as good as always .....

A heartwarming story of determination and intelligence despite great odds.Teachers can get it wrong.

What joy to bring the written word to those who can finally join in the wonder of reading.Deeply moving.