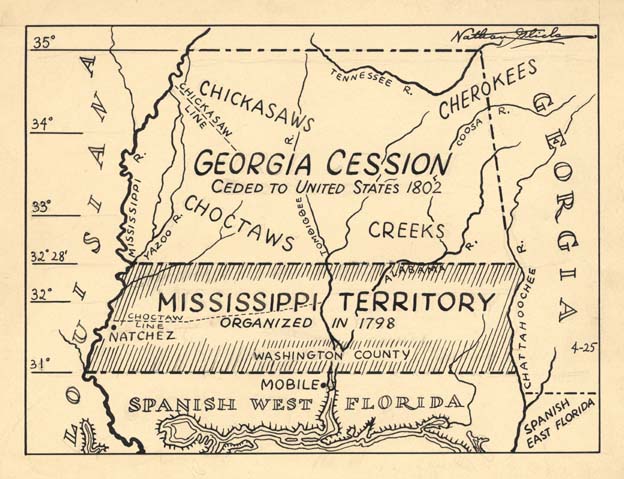 Nicholas Gray was a young attorney from Wexford, when he was sentenced to be executed after the 1798 Rebellion.  Gray and his brother-in-law, Henry Hughes, were very fortunate to escape death.  Captain James Boyd interceded for a pardon and saved Gray's life. They had been friends since Gray's childhood, and he had served as a Yeomen under Captain Boyd.[1]  During the 1798 Rising, Nicholas  Gray was instrumental in saving the lives of many loyalists in Wexford including his brother Joseph, a Magistrate and Captain in the Wexford militia, who is my direct ancestor.[2]
Nicholas Gray, while serving as Inspector General of New York, during the War of 1812,  suffered from every article of consumption due to his harsh treatment at Kilmainham and Wexford Goal prisons in Ireland. Gray describes his time at  Kilmainham Prison,  August 12th, 1804.  " Mr. Gray can give an affecting detail of Mr. Trevor's [Dr Edward Trevor] barbarous treatment of him, both in Kilmainham, and in Buckridge-court, Ship-street."[3]  In a letter from Governor Tompkins of New York to Paul Hamilton,  Secretary of the Navy dated, Albany, January 16, 1812  "The protracted sickness of General Gray who officiates as my private secretary, has elicited fears of an approaching consumption, and his great anxiety for the welfare of his children, whom he will leave in slender circumstances, has created much sensibility among his numerous friends." [4]
Gray became aide-de-camp to Bagenal Harvey during the Wexford uprising in 1798.  Gray was considered  "A most desperate and dangerous fellow," he so distinguished himself at the battle of New Ross that he  "nearly won it by his own personal intrepidity."  In 1803, Gray was commander of the Kildare forces that participated in Emmet's rebellion. William Wickham, the chief secretary to Ireland, says Nicholas Gray and Thomas Cloney were "the most artful desperate and incorrigible rebels in the country," They were part of  "A handful of wandering politicians who have neither birth, family, character nor credit to sustain them."  Little effort was made to capture Gray, for everyone thought that he had not survived the rebellion. [.5]

Kilmainham Gaol located in Dublin, Ireland
William Wickham, the spy who investigated Nicholas Gray, Thomas Cloney, and Robert Emmet, was a British civil servant and politician who was a founder of the British foreign secret service. Wickham was tasked with investigating the conspiracy and with the capture and interrogation of Emmet and his lieutenants. Before leaving his prison cell for the last time, Robert Emmet wrote to the Chief Secretary Wickham giving an account of his motives and thanking him for his fair treatment he had received. It was a letter Wickham was latter to refer to as his "constant companion."  Wickham proposed that had he been an Irishman, he "should most unquestionably have joined him."  Wickham ended his career in government service in 1804, resigning his post in Ireland where, privately he denounced policies as "unjust" and "oppressive".  To friends he declared that "no consideration upon earth" could induce him "to remain after having maturely reflected on the contents of Emmet's letter".  Emmet had been attempting to save Ireland from "a state of depression and humiliation."[6]  William Wickham, the British spy was haunted by remorse for the rest of his life for his part in the death of Emmet.
The United Irishmen continued their relationships in the United States.  Gray was in contact with Alexander Denniston and Thomas Traynor  " who made an extraordinary escape out of the Castle. He is now here and is well, all of his family are well also, they live about 10 miles from here." [7]  Nicholas Gray writes that Thomas Addis Emmet, has been like a father to him and his family since arriving in the United States.  Nicholas Gray borrowed money from Mr, Emmet of New York, to help with expenses for his trip to the Mississippi Territory.  Thomas Addis Emmet was Robert's older brother and was held at Kilmainham in 1798.  Gray had numerous friends while living in New York along with Emmet, seven Republican members of Congress requested "the particular patronage of the president" for Gray.  Alexander Denniston recommended Nicholas Gray for appointment as Colonel of the Irish 27th Infantry Regiment in a letter to James Madison, dated February 12, 1815.  Nicholas Gray is now in the process of moving to the Mississippi Territory, where he will encounter such individuals as Irish Surveyor Thomas Freeman and General Andrew Jackson.
Richard V. Barbuto in his newly released book titled "New York's War of 1812"  describes Nicholas Gray as being brought to life.  He writes "the state's military operations were no doubt enhanced by refugees from the 1798 Rebellion in Ireland. Officers such as Nicholas Gray, Alexander Denniston, and James McKeon served competently in positions of responsibility and danger." Irish writer Seamus Cullen in his book "The  Emmet Rising in Kildare" has a chapter dedicated to Nicholas Gray.
Josiah Meigs was appointed Surveyor General by President James Madison in 1812, while living in Cincinnati, Ohio. He then was appointed Commissioner of the United States General Land Office in Washington, D.C. in 1814. During his tenure at the U.S. Land Office, under Jefferson, he instituted the nation's first system of daily meteorological observations at the land offices throughout the country which evolved into the National Weather Service .[8]
In the letter below Josiah Meigs writes to President James Madison concerning the position of  Land register of  the Land office West of Pearl river located in the Mississippi Territory.  Nicholas Gray served during the War of 1812,  as an Irish Officer before becoming an American citizen late in 1814.
To James Madison from Josiah Meigs, March 17, 1815
From Josiah Meigs