Kissing a wife or lover under the mistletoe at Christmas is derived from an old Roman custom that honored the god Saturn. The Romans associated mistletoe with peace, love, and understanding and hung it over doorways to protect the household, as well as protection from witches and demons. Hanging mistletoe was part of the Saturnalia festival which lasted from 17–23 December and later, when Christianity became the official religion of the Roman empire, it morphed into what we now know as Christmas.

Mistletoe is the common name for a parasitic plant that attaches itself to plants and trees where they extract water and nutrients from the host. Their parasitic lifestyle has led to some dramatic changes in their metabolism. European mistletoe has smooth-edged, oval, evergreen leaves borne in pairs along the woody stem, and waxy, white berries that it bears in clusters of two to six. The Eastern mistletoe of North America is similar but has shorter, broader leaves and longer clusters of 10 or more white berries. 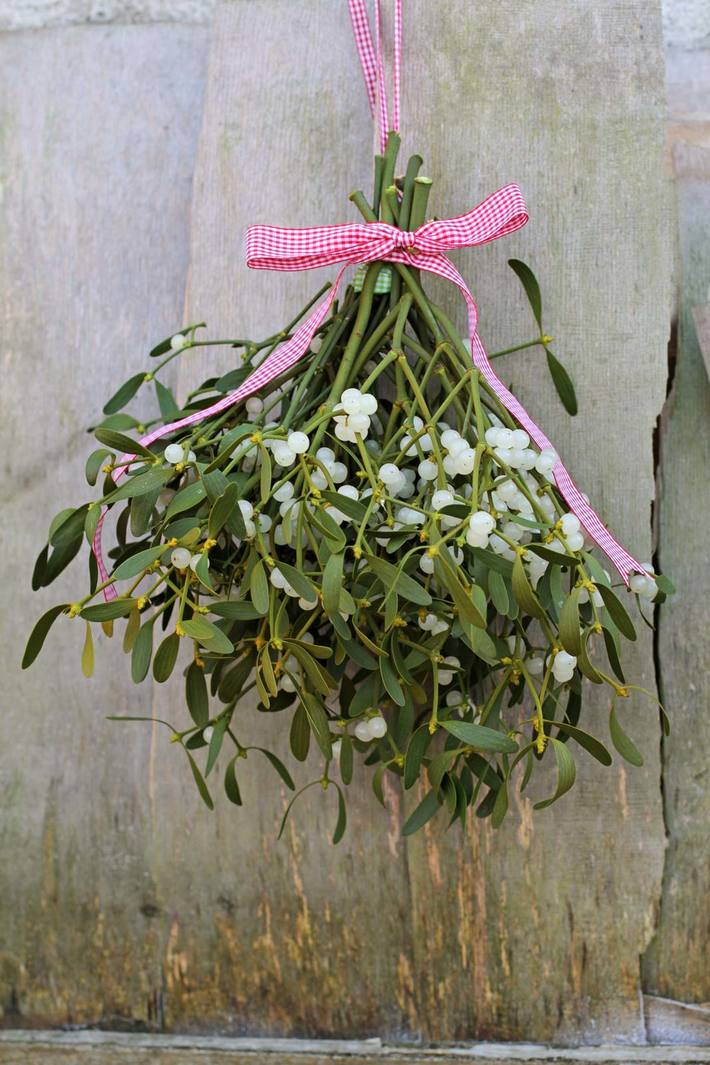 In the Christian era, mistletoe in the Western world became associated with Christmas as a decoration under which lovers are expected to kiss. Mistletoe continued to be associated with fertility and vitality through the Middle Ages, and by the 18th century, it had also become incorporated into Christmas celebrations around the world. The custom of kissing under the mistletoe is referred to as popular among servants in late 18th-century England.

The serving class of Victorian England is credited with perpetuating the tradition. The tradition dictated that a man was allowed to kiss any woman standing underneath the mistletoe, and that bad luck would befall any woman who refused the kiss. One variation on the tradition stated that with each kiss a berry was to be plucked from the mistletoe, and the kissing must stop after all the berries had been removed. People have reportedly been poisoned and died from consuming mistletoe as it is toxic.

Why is mistletoe linked with kissing? Probably because Pagan cultures regarded the white berries as symbols of male fertility, with the seeds resembling semen. The Celts, particularly, saw mistletoe as the semen of Taranis, the god of thunder, while the Ancient Greeks referred to mistletoe as "oak sperm." Mistletoe played an important role in Druidic mythology in the Ritual of Oak and Mistletoe and is mentioned by the ancient Roman writer Pliny. Evidence taken from bog bodies makes the Celtic use of mistletoe seem medicinal rather than ritual.

The word 'mistletoe' derives from the older form 'mistle' adding the Old English word tān (twig). 'Mistle' is common Germanic (Old High German mistil, Middle High German mistel, Old English mistel, Old Norse mistil). Further etymology is uncertain but may be related to the Germanic base for 'mash'. Mistletoe species grow on a wide range of host trees, some of which experience side effects including reduced growth, stunting, and loss of infested outer branches. A heavy infestation may also kill the host plant.

Most mistletoe seeds are spread by birds that eat the 'seeds.' Depending on the species of mistletoe and the species of bird, the seeds are regurgitated from the crop, excreted in their droppings, or stuck to the bill, from which the bird wipes it onto a suitable branch. The seeds are coated with a sticky material called viscin. Some viscin remains on the seed and when it touches a stem, it sticks tenaciously. The seeds are so sticky my father used them to make a glue with which he and I would catch wild songbirds.

Mistletoe has been used historically in medicine for its supposed value in treating arthritis, high blood pressure, epilepsy, and infertility. From at least the mid-19th century, Caribbean herbalists of African descent have referred to mistletoe as "god-bush," In Nepal, diverse mistletoes are used for a variety of medical purposes, particularly for treating broken bones. Mistletoe is the state floral emblem of Oklahoma and the county flower of Herefordshire. Every year, the UK town of Tenbury Wells holds a mistletoe festival and crowns a 'Mistletoe Queen.' 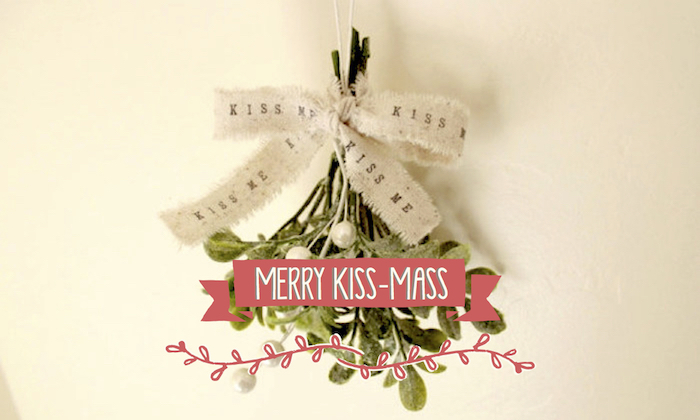 One of the earliest references to mistletoe traditions in popular music is the 1952 hit 'I Saw Mommy Kissing Santa Claus', which was originally sung by Jimmy Boyd and has been covered by many singers. The song was written by British songwriter Tommie Connor and recorded in the US. The 1958 US hit 'Rockin' Around The Christmas Tree' refers to couples wanting to stop beneath the mistletoe. In 1988, the British singer Cliff Richard released a popular Christmas song called 'Mistletoe and Wine'. More recent Christmas songs referring to mistletoe traditions include 'Merry Christmas Everyone' by Shakin' Stevens (1991), 'All I Want For Christmas Is You' written and performed by Mariah Carey (1994), and 'Mistletoe' by Justin Bieber (2011).

If you found this article informative, please feel free to Share.