The next time you visit the East Village in New York City, and if time is on your side, walk to St. Mark’s-in-the-Bowery churchyard and give a nod to an Irishman who was initially interred there. The man, a well-known lawyer, also held the prestigious position of New York State Attorney General for a short period of time in 1812. If you are still in the mood for walking, continue on up to St. Paul’s church on Broadway There, sited in the old churchyard, you will observe an obelisk which was erected in the early 1830s, and dedicated to the memory of this man. On closer inspection, you will see inscriptions in Gaelic, Latin and English, all tributes to this very same man.

If you should travel to Ireland and visit Glasnevin Cemetery in Dublin, you will find another reminder of this man's greatness, a plaque erected in memory of this man. The plaque has the unique distinction of being sculpted by James and Willie Pearse, the father and brother of one of Ireland’s greatest heroes, Patrick Pearse, and stands proudly over this man’s final resting place. 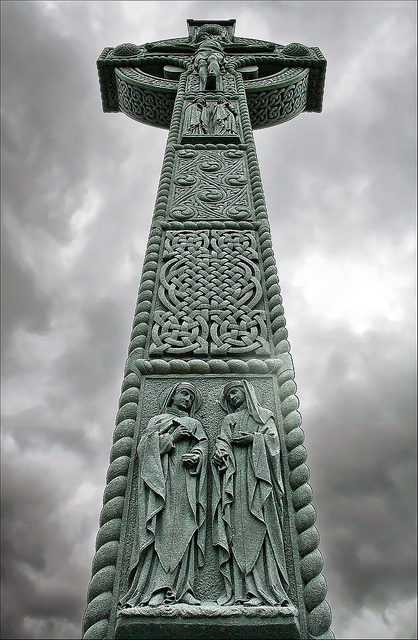 A grandson of this man was granted permission to disinter his body and return it to Ireland for final burial. A famous portrait of this man, painted by Samuel F. B. Morse, was bequeathed to the New York Law Institute. The painting, an oil on canvas, depicts a genial looking gentleman wearing a greatcoat, with a white, silk cravat around his neck. His soft, expressive countenance belies the fact that this man played an active part in not one, but two Irish rebellions. Thomas Addis Emmet was born April 24, 1764, in the Hammond’s Marsh area of Cork City, Ireland to Dr. Robert Emmet from Tipperary and Elizabeth Mason from County Kerry. He was the elder brother of Robert Emmet, leader of the Irish rebellion of 1803. Robert was executed for his part in the rebellion and became one of the many venerated Irish Republican martyrs. Thomas was educated at Trinity College, Dublin, and became a member of the College Historical Society. Later, he studied medicine at the University of Edinburgh, Scotland, and was a student of the philosopher Dugald Stewart.

After visiting many of the important medical schools in Europe, Emmet returned to Ireland in 1788. His elder brother, Christopher, a student of great distinction, died in that same year. This sad event prompted Thomas to take the advice of Sir James McIntosh and pursue a career in law. He was called to the Irish Bar in 1790 and obtained a law practice soon after. His law practice was concerned mainly with the plight of Irish political prisoners, and he also became the counselor for the Society of United Irishmen, working tirelessly on their behalf. When the Dublin Corporation issued a declaration supporting Protestant ascendancy, the response of the United Irishmen was to issue a non-violent, non-sectarian manifesto. The document was drawn up by Thomas and in 1795 he took the oath of loyalty to the United Irishmen. Later, in 1797 he was elected secretary of their executive body. By this time, the United Irishmen had been declared an illegal organization and were driven underground. All efforts at peaceful reform and Catholic emancipation then became futile. The new goal became the creation of a non-sectarian Irish republic, independent of, and separate from the United Kingdom, and was to be achieved by armed rebellion. Emmet supported this new policy, but believed that the rebellion should not begin until French aid arrived. His viewpoint differed from the thinking of the more radical members of the United Irishmen, such as Lord Edward Fitzgerald. By 1798, British agents had already infiltrated the United Irishmen and on March 12, 1798, the eve of the rebellion, the meeting house belonging to Oliver Bond was raided and most of the rebellion leaders were arrested. Emmet was not among those arrested that night, but was arrested elsewhere at the same time. He was imprisoned at Kilmainham Jail, Dublin and soon after was transported to Fort George, in Scotland. Upon his release in 1802, he traveled to Brussels, where he was visited by his brother Robert in October of that year. Robert told Thomas of the plans for a new rebellion and that they hoped the French would send aid. Unfortunately, Britain and France were briefly at peace at that time and the request for aid was turned down by Napoleon Bonaparte. Undaunted, Robert returned to Ireland to lead the rebellion, and, some months’ later, in July 1803, word reached Thomas, who was in Paris negotiating with Napoleon, of the failed rebellion and the execution of Robert. On hearing the devastating news, Thomas decided to follow the long line of Irish exiles and flee to America. 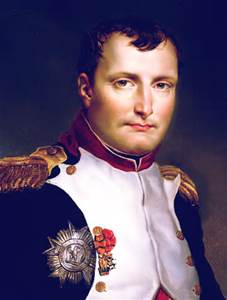 After his arrival in America, Thomas joined the New York bar and set up his own successful law practice. His abilities and successes became so acclaimed and requests for his services so numerous that he became one of the most respected attorneys in the country. United States Supreme Court Justice Joseph Story declared him to be the “favorite counselor” of New York. In 1824, Thomas argued for 'Ogden’ in a landmark United States Supreme Court case of ‘Gibbons v Ogden,’ which related to the ‘Commerce and Supremacy Clauses’ of the United States Constitution.

Attorneys, members of Irish historical and cultural societies, academics specializing in Irish history, and descendants gathered in lower Manhattan in October 2016 to rededicate the nearly 200-year-old and newly restored obelisk memorial to New York Attorney General and Irish barrister, legal advisor and revolutionary Thomas Addis Emmet (1764-1827). The obelisk is in the grounds of St. Paul’s Chapel.

*Note: An intriguing mystery surrounds three obelisks sited in Manhattan. The ‘Emmet obelisk’ was the first one erected in the early 1830s. The second, the ‘Worth obelisk,’ in memory of General William Jenkins Worth, was erected in 1857. (Manhattans’ Worth street; Fort Worth, Texas; and Lake Worth in Florida are named after him, and it is said that a relic box is buried underneath the obelisk.) The third, and some would argue, the most intriguing, is the ‘Egyptian obelisk’ sited in Central Park. After a majestic parade of Freemasons on Fifth Avenue in 1881, it was erected with great ceremony on a plot of land just behind what today is the Metropolitan Museum. This 3,500-year-old obelisk was one of a pair that originally stood in the ancient Egyptian city of Heliopolis and was bequeathed to New York City. Recent calculations have discovered that the New York obelisks, when lined up, mirror the layout of the three great pyramids on Egypt's Giza plateau, Egypt. It has also been established that the pyramids at Giza reflect the positions of the three stars in Orion’s belt in the Orion constellation.

A lovely worth while read JAB , yet again

I didn't know about Thomas Emmet till now John. Riveting reading. Thank you.

Glad it came across Colm. That's one of the things I love about the Wildgeese site, we keep teaching and learning.