On this day 23 August 1170, the Vikings returned to Ireland. They didn't arrive in longships as their forebears did in the centuries past; this time they arrived as an invited, fully trained and disciplined army of invasion. The Normans, as they were now called, were inhabitants of the early medieval Duchy of Normandy in France and were the descendants of Norse Viking settlers who raided Ireland beginning in the 8th. Century.

The dispossession of Diarmait Mac Murchada, the high king of Leinster, from his lands by the High king of Munster, Ruari O'Connor, eventually led to the ouster of my ancestors the O'Brannains from their lands and the start of serious hardship and wars that continue to the present day. To recover his kingdom, Mac Murchada enlisted the aid of Henry II of England. That, as the fella says, is when the nightmare began. Mac Murchada left Ireland in 1166 and travelled via Bristol, England to Aquitaine, France, where he met with Henry II. Henry could not help him at that time but gave him an open letter of introduction. He was eventually and some would say fatefully, granted a meeting with Richard de Clare, one of Henry’s top aides. This noble character was the son of Gilbert de Clare, the first Earl of Pembroke. Richard, affectionately known as Strongbow, was out of favor with Henry II at that time for taking King Stephen's side in a battle against Henry's mother, the Empress Matilda. I am not sure if this Matilda was ever known to have waltzed, but I digress. Because of his treachery, Richard couldn't inherit his father's title, but nevertheless endowed himself with the name Strongbow.

Richard de Clare and Diarmait Mac Murchada met in 1168. A deal was struck between these two upright citizens whereby for De Clare's assistance with an army, he would be given the lily white hand (and presumably a whole lot more) of Aoife, Mac Murchada's blushing, eldest daughter. More importantly, Richard would be in line for the Kingship of Leinster through marriage.

An army was assembled which included companies of Welsh and Flemish archers. This invasion army was led by Raymond Fitzgerald and in quick succession it overwhelmed the Viking established towns of Wexford, Waterford and Dublin in 1169-1170. Strongbow did not take part in these battles and only arrived in Ireland when the dust had settled, in late 1170. In 1171, Mac Murchada died and his son Donal claimed the Kingship under the ancient Brehon Laws. Strongbow was having none of that and as he had already ravished the fair Aoife, (they didn't call him Strongbow for nothing), he claimed the Kingship as his right by marriage. Soon after, Ruari O'Connor led an army against Strongbow but was driven back. O’Connor and the remains of his army retreated to Galway. 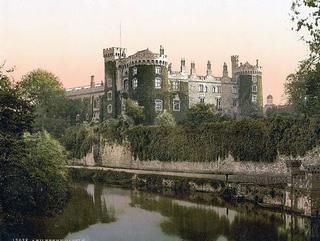 Meanwhile, Henry, back in England began to get worried about the success Strongbow was having and decided to invade Ireland himself. This he did in 1172 and claimed the title, Lord of Ireland. Richard was stripped of his title at that time. Henry II signed the Treaty of Windsor in 1175 and under the terms, Ruari O'Connor was granted the Kingdom of Ireland, minus Leinster, Meath, Dublin and Waterford. Ignoring the terms of the treaty, Strongbow invaded Connaught in 1177, but was severely defeated by O'Connor in an epic battle. The O'Brannains along with many other old Gaelic families were stripped of their lands and titles around this time. Some of the deposed O'Brannains formed together as bands of Raparees and Tories and many became highwaymen as a means of survival. One of the effects of this invasion by Henry II was that many of the old Gaelic names became anglicized. The name O'Brannain became Brennan. Some of these Brennans went on to become quite famous in their time.

From "Don’t Die with Regrets: Ireland and the Lessons my Father Taught Me"

"at the creek of Baginbun, Ireland was lost and won" - If you travel to Wexford and the area of Strongbow's first landing you can still see the ditch the invaders cut as they fortified an adjacent peninsula or head in order to protect their landing beach and first camp.

Yes that's when our troubles began for sure.

I always enjoy reading your posts, a chara...

And because you've started an earworm that I shant get rid of easily...I thought I would share it:

Thanks Bit. I think all of us have an equally interesting story to tell.

The video is great.

Another key family involved in this turning point in Ireland's history are my folks ... the O'Rourkes (Ua Ruairc) of Bréifne.  The  Chieftain of the O'Rourkes at this time was the very powerful and fierce Tighearnán.  Mac Murchada ran off with Tighearnán's wife, Derbforgaill, while he was off on a pilgrimage.  This gave Tighearnán the chance to pursue Mac Murchada and recruit help from other Irish Lords in taking him out.  This was at least part of the reason the cowardly Mac Murchada recruited the help of the Normans.

Read more about it here:

Comment by Bean Sáirséil on October 2, 2014 at 7:25am
Excellent post! I know that we Sarsfields were also important during this time frame, but i haven't had the opportunity to research as much as I'd like.