An Irishman walking along the bank of a slow moving river near Castlebar, Co. Mayo, rod in hand, fishing bag comfortably positioned over his shoulder, wondered if that day would be the day he caught the big one. He often walked that stretch of the river as he felt at ease there. Maybe it was the openness of the fields or the splash of the water as it washed over protruding rocks, which quieted his often-racing mind. Maybe it was the quiet serenity of the lush pasture or the song of a Goldfinch atop a thorny thistle. Maybe it was the melodious warbling of a thrush, calling to his mate. Whatever it was, he knew that place was good for his soul. He could think there, the noise of his usual daily existence faded as he breathed the crisp country air with eager lungs. In that place he felt as one with the other realm, the place where all thoughts emanate. Placing the bag on the ground he set about readying his fishing rod. From the bag, he removed the reel and attached it to the base of the fishing rod. Pulling the line, he carefully threaded it through the eyelets and methodically tied a hook on the end. After tying a piece of lead and affixing a cork float, he baited the hook with a fat worm he had dug from his garden earlier that morning. Satisfied, he put the rod down and took a small Y-shaped twig from the bag and, after carefully choosing the ideal spot, pushed the long end of the twig into the soft earth at the river’s edge. Picking the rod up, he gave it a few practice swings, and then cast out into the center of the river. Resting the rod in the fork of the twig, he hung a small bell from the tip and then, using his bag as a pillow, he lay down, closed his eyes, and stretched out on the grass to wait.

How long he had lain there he didn’t know, but the unmistakable ring of the bell brought him to his feet in an instant. Grabbing the rod, he pulled back sharply and felt the tug on the other end. 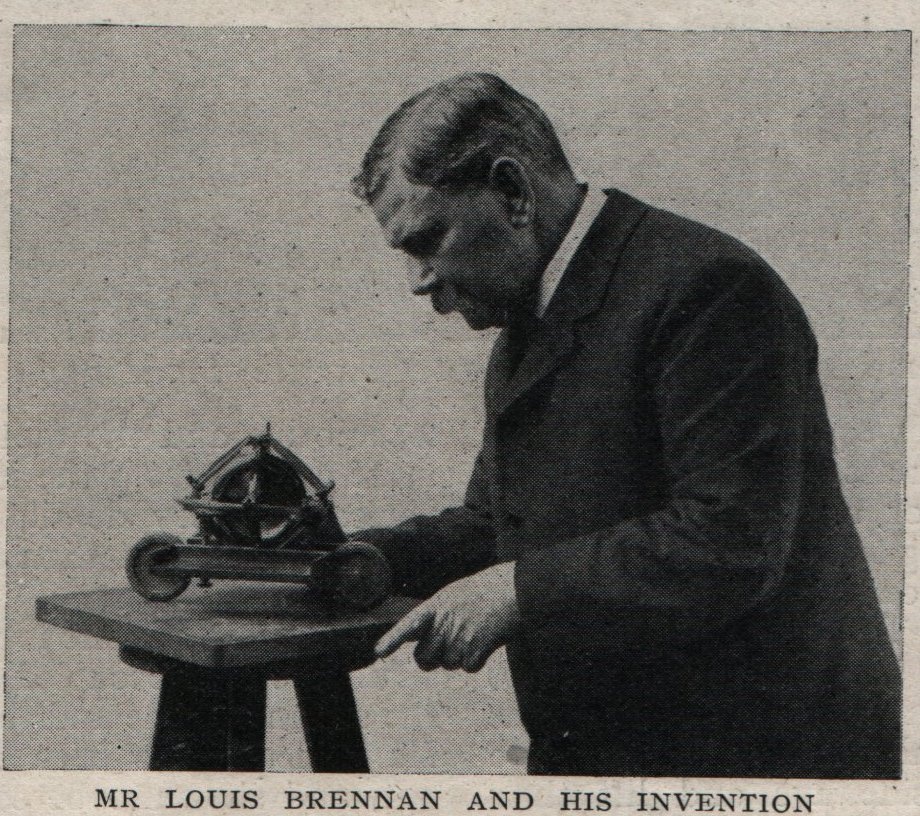 Let him run! Let him run! Not yet! Not yet! After letting the fish run, he snapped the lock on the reel and began reeling in. He repeated this several times until he felt the fish begin to tire. Then slowly he reeled it in. As he reeled, he noticed that if the line was at a certain angle and with the right amount of leverage, the reel had a tendency to pull away from the line. He wasn’t sure then what it meant but knew instinctively that it was a revelation. When he returned home later that night he began to experiment... 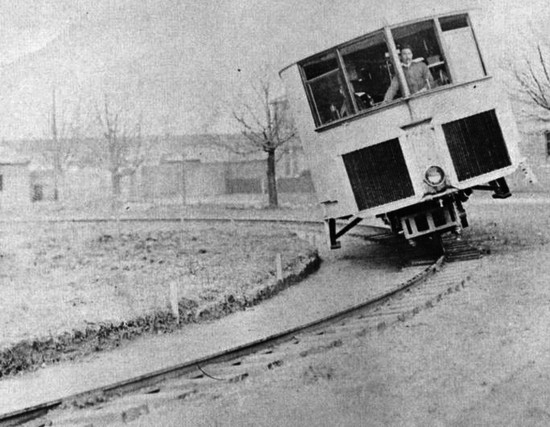 Louis Brennan (1852-1932), mechanical engineer, was born on 28 January 1852, at Castlebar, County Mayo, Ireland, the son of Thomas Brennan and his wife Bridget, née McDonnell. In 1861 he went with his parents to Melbourne, Australia, where he later worked as a watchmaker and was apprenticed to the engineer, Alexander Smith, a renowned civil and mechanical engineer of the period.

Brennan spent some years working out his invention, and received a grant of £700 from the  government of Victoria towards his expenses. He patented the Brennan Torpedo in 1877. The idea was tested at Camden Fort near Crosshaven, Cork, Ireland.

Brennan went to England in 1880 and brought his invention before the War Office. Sir Andrew Clark alerted the authorities to the possibilities of the torpedo if used in the defense of harbors and channels, and the patent was eventually bought for a sum believed to be more than £100,000. In 1887 Brennan was appointed superintendent of the Brennan torpedo factory, and was consulting engineer 1896–1907.

Nice article -- defined the man first, to set the scene for the Web blog

Yes, I think so too. Very clever way to combine a sort of mood piece with a brief detailed bio.  You get a lot of mileage out of the short subject without it seeming imbalanced.   If it were all combined into one piece of writing the reader would inevitably ask, "Where did the poetry go?"  But this way with the two distinct formats you don't have that problem.  The fact that you create an epiphany moment in his life with an artistic treatment creates a nice undercurrent for the series of developments in the Wikipedia piece.  It suggests, "And this same man did all of these other things as well.  There were surely inspirational moments also behind each of these."  I like it.

And a question:  Are you tied to Louis Brennan - or is it a coincidence?

Sorry for the delay in replying. There were four septs of Brennans that entered Ireland 2500 years ago. We are all from the same root Patrick. My sept settled in Kilkenny. Louis Brennan's sept settled in Connaght.