On Easter Monday 1916 one of the most important events in the long, tortuous history of Ireland took place. The event, so shocking and bold, is still debated and analysed until this very day. This is a personal tribute to that  handful of dreamers and visionaries, the brave men and women of Ireland, the poet and the grocer, the tobacconist and the piper, the counter clerk and the Countess, the union man and the sculptor, the wives and girlfriends and the countless other ordinary individuals, who, 103 years ago, against the advice and clarion calls from the mainstream, against the advice of some within their own ranks, against the advice of the church of Rome and with full knowledge and acceptance of the possibility of failure, excommunication and certain death, still made the hard decision to stand on the edge of the cliff and together, take that fateful step out into the vast, unknown void. To each and every one of them we owe our respect and gratitude. We should always remember that each one of them, both collectively and individually, did the best they could with what little was available to them at that time. If more had been available, I feel sure that they could and would have done so much more.

"As down the glen one Easter morn, to a city fair rode I..."

If you were one of the inquisitive onlookers in Dublin on a remarkable day in April 1916, and if you were close enough, you couldn’t fail to see the lone figure, silhouetted by the light of the still raging pyre that was once the splendid edifice, the General Post Office. There, between two of the large, bullet shattered, Ionic columns that supported the Greco/Roman pediment above the entrance, his broad brimmed fedora set at an angle over his brow, his greatcoat, dusty, torn, and bloodstained, right there stood a poet. You would be forgiven if you were not aware that the poet was about to complete his final stanza and immortalize a centuries old dream. If you looked closer still you would have been struck by the fact that although gaunt, disheveled, and shell-shocked, the poet’s eyes still shone with the fierce brilliance of determination. 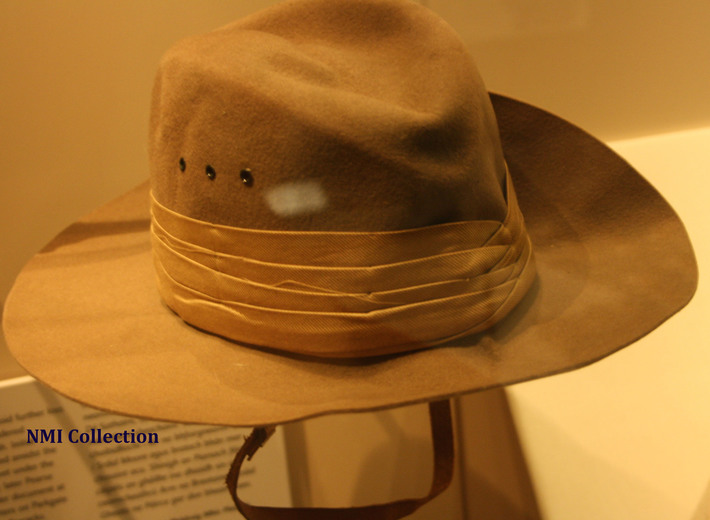 Adjusting his hat, and straightening his holster, he looked across the rubble strewn street and focused on the imposing figure of the Admiral, high atop the tall, granite pillar. ‘Ah. Horatio, I fear I’ll be joining you soon.’ Then turning, he let his gaze linger for the last time, on the bronze, sculpted figure that stood at their command post in the center of the building.The sculpture, of the ancient warrior, Cu Chulainn, was one of the poet’s mythical Irish heroes and source of inspiration. Cu Chulainn, depicted tied to a pillar, at his own request, is slumped in mortal agony, his head hung in glorious defeat, the shield falling from his grasp, yet still, his sword is clutched tightly in his right hand. A raven, with talons gripping the flesh on his shoulder, mirrored the poets deepening sense of foreboding.

‘The hounds have cornered me too, Setanta.’

Turning toward the street once more, he scanned the faces of the assembled throng. How many of them will remember. "Will they one day understand that we did it for them? Or will they simply forget?" Then began the lonely walk to the barricade at Moore Street, nurse O'Farrell in step. Angry locals, some of whom he knew in his other life as a teacher and barrister, threw stones, spat at him and taunted him with shouts of, “Bloody rebel! Traitor! Fenian bastard! Shoot him! Shoot them all!” The soldiers forming the cordon, their bayonets fixed, stared at him with unbridled, snarling contempt. He waited calmly for the uproar to subside, then, when it was silent, the poet stepped forward, removed his Sam Browne belt and holster and handed them to the British officer. If you happened to be there six days earlier, on Easter Monday, you would have observed the same poet standing on the same spot, the marble columns, gleaming in the noonday sun, forming a perfect frame around him. You would have seen that his uniform was clean and neatly pressed the night before. His long greatcoat, with the sunlight reflecting off the two rows of brass buttons, dazzled the spectators, and forced those nearest him to shade their eyes. His revolver, holstered on a broad belt around his slim waist, was loaded and tested. You would have been mesmerized by the look in his eyes as they flashed with fervor in the knowledge that he was about to make history. In his right hand he held a rolled up parchment, his nation’s destiny. Stepping forward, he opened the document and began to read. If you were still there and listened, really listened, you would have been awed by the poet’s passion and conviction. The poet’s name was Patrick Henry Pearse and what he dared to read was the “Proclamation of the Irish Republic.” At four minutes past noon on Easter Monday 1916, in a steady, forceful voice, and calling on his ancestors for courage and strength, he proclaimed, once, and for all time, freedom for his country and its people.

And thus it began, and the terrible beauty was born... Comment by Jim Hawkins on May 1, 2017 at 2:39pm
John, you always write wonderful pieces! You educate me about some aspect of Irish story, history and tradition every time you write. "The Poet" is outstanding writing! What a marvelous portrait of Patrick Pearse. I'm sure he would have loved it himself. By the way, do you know Sean O'Casey's eulogy for the men and women of 1916. I believe it is in "Drums Under the Window" an starts with the words, "A rare time for death in Ireland..." I think it is one of the great eulogies of the world! Right up there with "The Gettysburg Address."
Again, congratulations on such fine writing and I hope paths cross soon! Go neiri an bothar leatsa!!

Thank you for the positive feedback Jim. I'm glad that you believe I did the man justice. As storytellers, our duty is to pass on to others what we have learned. You are correct when you say "Drums under the Window" is one of the best eulogies ever written. O'Casey certainly had his finger on the pulse. I'm sure our paths will cross again and we will talk further. All the best.