One May afternoon a few years ago my wife asked me to come for a walk in the woodland just outside Carndonagh, the Donegal town where she was born. She wanted to show me where she and her friends had played when they were children. By the time we reached the wood, the dull day had brightened and everything around us seemed to be blooming.

After a while we came on a magnificent tall tree.

“Hazel,” she said. “Around this time of year the boys used to use parts of branches to make bows so they could pretend they were Robin Hood. And every October we’d gather hazelnuts for Hallowe’en.”

Soon we came on something very striking – a large white cross set on top of a rock.

“That’s a Mass rock, Carraig an Aifrinn in Irish,” she told me. “We came here every May to decorate this altar with wildflowers. This cross was taken from the old chapel in Carndonagh after the new one was built.”

This set my imagination itching. Here was one of the legendary rocks that were used as altars so that priests could say Mass clandestinely during penal times, as far back as 400 years ago. For the celebration of Mass was forbidden by the Penal Laws under pain of death. Edmund Burke once famously described these laws as "a machine of wise and elaborate contrivance, as well fitted for the oppression, impoverishment and degradation of a people, and the debasement in them of human nature itself, as ever proceeded from the perverted ingenuity of man.” 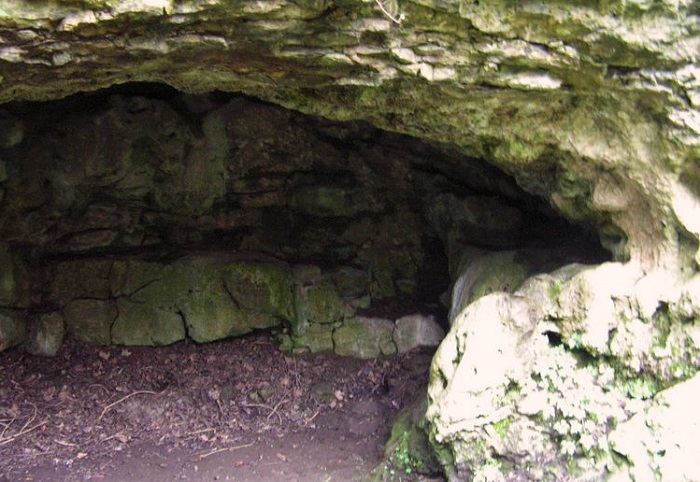 Mass Rock Inside a Mass Cave

By the time Fidelis and I got back to her mother’s house, a plot was already forming in my head. The central character would be a country priest beached in strife-torn Derry during the most recent Troubles and my story would tell about his thoughts, awake and asleep. What would I call him? I thought for a while and then it came to me. What better name than Peter Gilligan from William Butler Yeats’ poem The Ballad of Father Gilligan?

So this was what I wrote:

Father Peter Gilligan was writing the homily he was to deliver in the morning. His legs were heavy like lead but the rest of his body felt open and defenceless. A sharp insistent pulse stabbed at his temples and no matter how many times he tried to pray it away it kept on coming. But for all that, this sermon was something he had to get right.

I have to somehow walk the narrow line between denouncing evil and upsetting the faithful. My people are outraged by the stupid lapses of the military and the shenanigans of maverick policemen and so many of those good people are confused and ambivalent about these IRA murderers. These Republicans, these coarse cruel perpetrators with their harsh town cries and easy slogans. They know nothing of the true values of our country, them with their loud patriotic pretensions. It usedn’t to be like this. These same killers used to flock to devotions and confraternities and now they question and challenge the humble priest. They are unable to see that the parish is the rock of our civilization, where all the faithful have their places. Once respect goes, that’s when the crumbling begins.

Father Gilligan’s shoulders sagged and he stared across the room, his mind trying to focus on what he would write. After a few moments he looked back at the words he had left off at. Dear God, what have we come to? Yes, that’s good. That’s true. What have we come to? The sweat stood crowded on his forehead and a single bead of it fell from his eyebrow on to the page below as every breath he breathed was broken by the quickened beats from his heart.

What have we come to? We the priests. What a state of affairs when you have to watch every word you say. Why couldn’t these self-proclaimed patriots stop for a moment and listen to the words of Christ? Render onto Caesar the things that are Caesar’s and onto God the things that are God’s. Everything was so different before the agitation. There was cruelty and deprivation from Westminster and Stormont but people accepted these things with equanimity, with dignity. And yes, with forgiveness. 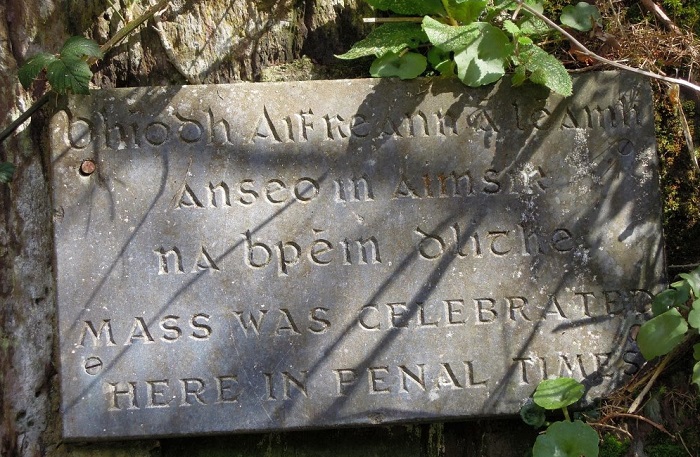 He remembered the packed Church of the Sacred Heart in Carndonagh on the day of his ordination. Cardinal Conway, the bishops and the monsignor were there in their robes, yes, but mostly it was the ordinary people of the parishes. He remembered how his mother had glowed, standing with him at the entrance to the magnificent church. He glanced up at the photograph on the mantelpiece. There she was, statuesque and proud. So old now, so frail, her mind gone away. It was she who had sparked his love for the priesthood, his love that grew as he grew and then inflamed his very soul. The walks in the wood above Carndonagh where, each time, they stopped at the Mass rock and she told him a little more. The nondescript rock that became the secret sacred altar at the appointed times. The priests who lived like hunted animals, harboured by a brave and destitute people. And always, always, the fear of the turncoat. But you had to try and trust everyone and let the wise and the willing detect the dangers.

Each month of May his mother and he would pick wildflowers and place them on the Mass rock. It was she who had taught him the beautiful words and haunting melody that opened his soul then and opened it again now every time he watched the children of Saint Eugene’s school decorating their May altar and listened to their sweet voices.

Bring flowers of the rarest
Bring blossoms the fairest,
From garden and woodland and hillside and dale.
Our full hearts are swelling,
Our glad voices telling
The praise of the loveliest flower of the vale.

I’ll go and see her tomorrow after twelve Mass, he thought. I’ll sleep well and then I’ll go and see her. He shook his shoulders and dragged his mind back to the present passing time. It was the politics that got him down. He’d only ever wanted to be a priest. But the soil and the toil of politics sickened him everywhere he turned. The shining stone of Irish Christianity had been wrenched from the land and there on its underside were the wriggling slimy worms of those at odds with love.

He closed his heavy lids for a while and contemplated the crucified Christ. Then he wrote quickly:

Only by turning to Our Lord Jesus and trying to be like Him can we achieve peace and salvation. Only by offering up our sufferings and praying for that peace can we become truly Christian.

For half an hour he scribbled and highlighted and replaced words and phrases with others. Then he read through what he had written until finally the homily was complete. He wouldn’t change a word of it. Facts with fire, that’s what the faithful want. They want to know. Shun the silver-tongued serpents, treasure the hard-won freedom of your religion and obey the laws of the land. Otherwise the centre cannot hold.

He sat down and dialled one digit on the phone.

“Hello Margaret. This is Father Gilligan. I’m not feeling very well. I think I may be taking the flu. Yes. Thanks Margaret. No, I won’t be down for dinner. Would you keep it in the oven for me? Good girl. Listen. I’m not to be disturbed. That’s right. I’m going to lie down for a bit. Yes. Just one other thing. Would you bring me up half a glass of boiled water and some cloves? Yes, three or four will do. And a teaspoon of sugar. Thanks Margaret.

He replaced the receiver and drew the curtains. Then he disconnected the phone.

The dream, when it came, was stark; nothing overlapped, nothing confused. The Mass has barely begun and the lookout comes running, his eyes filled with sleep and shame. The soldiers are climbing close by, so close that we can see their horses’ breath above the nearest brow. There are arguments and tears but the people are obedient. They take the sacred vessels and the altar cloth with them and I hurry down the brackened slope to meet the advancing troops. They lash me to the rock where moorland ferns and the petals of scattered snowdrops lie crushed beneath my back. Through the flames I scream the beginning of a prayer till the pain in my melting body closes my mind. I open my eyes and look for the face of God but all that I see is the dark and the smallest slit of streetlight shifting on my bedroom wall.