A silent, unseen killer, born on the arid plains of Central Asia, attached itself to the rampaging Mongol armies, and traveled with them purposefully, along the Silk Road, arriving in the Crimea in 1343. The killer then boarded the myriad of merchant ships that plied the waters of the Mediterranean and spread rapidly throughout the rest of the European continent. The killer arrived in the British Isles in 1348 and struck with such devastating force that it wiped out more than one third of the population. 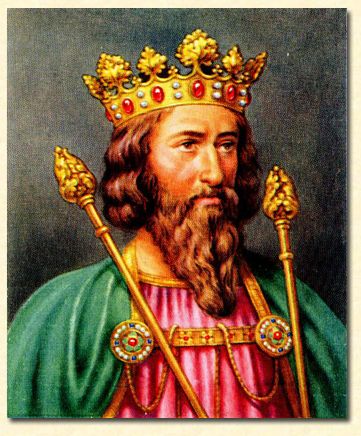 By 1353 the killer, sated, then retreated, but left in its wake a decimated and devastated world. The killer became known as the Bubonic Plague, but most people referred to it as the Black Death. Infected oriental fleas, hosted by black rats, are believed to have caused the outbreak of the insidious disease. When the Black Death finally ended, more than 100 million people had died worldwide. One of the results was a marked decrease in the number of laborers available for work.

This loss of manpower led to a shortage of farm labor, and a corresponding rise in wages. The great landowners struggled with the shortage of manpower and the resulting inflation in the cost of labor. To curb the rise in wages, King Edward III and his parliament responded with the Ordinance of Laborers in 1349, followed by the Statute of Laborers in 1351. Because so many people gathered at a fair, it quickly turned into the major place for matching workers and employers. 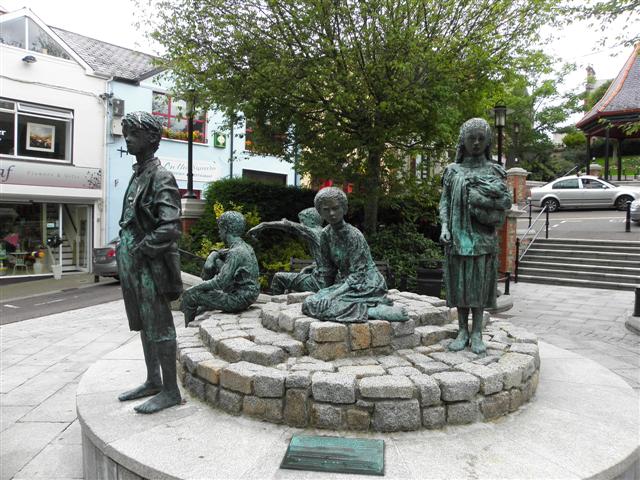 Hiring fairs continued well into the 20th century, up to the Second World War in some places, but their function as employment exchanges was diminished by the Corn Production Act 1917. This legislation guaranteed minimum prices for wheat and oats, specified a minimum wage for agricultural workers and established the Agricultural Wages Board, to ensure stability for farmers and a share of this stability for agricultural workers.

Hiring fairs were common in England and Scotland for many years before they came to Ireland. Since both employers and laborers had an interest in what was said at these sessions, they were common ground on which to meet, and naturally enough some made their agreements there and then. A story is told of one local man, who was hired by a farmer at the hiring fair in Crossmaglen, County Armagh. The fair, held on the large, open Square, was well known far and wide, and John, like many others, made their way there in search of employment.

Over a few pints one night someone asked him,

“John, were you ever hired?”

John replied, “Oh, yes. I know all about hiring. I was hired one time by a farmer from away over in Ballybay, County Monaghan.”

“Indeed it is, young fella, indeed it is, but I needed the money. The auld pocket paralysis, you know.”

“Where did you meet the farmer?”

“At the Hirin’ fair on the square. I was standing there one morning with me bundle under me arm, when this fella with a pair of hob-nailed boots come up to me and tapped me on the shoulder.”

“Good morning, my good man, are you available for hiring?”

“I could use a stout fellow like yourself for a few months, on my farm.”

“What sort of work would you be wanting done?”

“Oh, general farm work, looking after the cows, thinning a few turnips and mebbe cutting some barley. Do you think you would be fit for that sort of work?”

“Fit as a fiddle, boss. I’m one of the best workers around ‘Cross, ask anybody.”

“Well, I like the cut of you, my good man, and am prepared to offer you five pounds for three months of your time, starting next week”

“Ah now, boss, I wouldn’t get out of me bed for five pounds, you’ll have to do better than that.”

“”Five pounds is a fair offer, and, remember, I will be feeding you as well, and providing you with a good settle bed.”

“Ten pounds! I could get two men for that amount of money. That’s preposterous. I’ll give you seven pounds and ten shillings and not a penny more.”

“Is that your final offer?”

“You’re a hard man to deal with boss, but if you give me ten shillings now I’ll go with you.”

“Very well then, I will give you your 10 shillings earnst and I will meet you here next Monday at 5am.”

“I will have plenty of grub every day?”

“Plenty of fresh straw for the bed?”

“Yes, you can change it every day if you want.”

“And you’re sure there’ll be no hoppers (fleas)?”

“You don’t have worry about those things. I employ two young housemaids for that sort of thing, and they keep the place spotless.”

“Yes, two strapping young maids that do the cooking and cleaning and occasionally the milking. But there must be no carrying on with them or you’ll be dismissed on the spot.”

“Oh, you don’t have to worry about that. I know how to behave meself,” answered John, who by then was eagerly looking forward to the adventure.

“All right then, hold out your hand.”

With that, a 10 shilling note was placed in John’s outstretched palm, both men spat on it and then with a loud slap the deal was done.

“Remember, next Monday, 5 a.m. at the billiard room corner, and don’t be late.”

About to leave, the farmer turned to John and asked,

“What sort of work did you do for your last employer?”

“I was hired by a man in Inniskeen to stand in the middle of his potato field.”

“Yes, he gave me a heap of old raggedy clothes, an old hat and scarf, and told me to stand in the middle of the field and chase crows away.”

“How long did you do that for?”

“For three long months, boss. I’d go to the field early in the morning and stand there ‘til dark.”

“Were you any good at it? Was the farmer happy with your performance?”

“Oh I think he was happy because he said he never saw the likes of me before or since. And I don’t mind telling you, I was that good, crows that stole any of his spuds before I arrived on the job were so scared they took them back.”

Very interesting story Anthony. I guess the 'minimum wage' idea that exists today began from the devastation of the Black Plague then? Very humorous exchange between the hiring man and the worker, made me chuckle!

I never thought about the 'minimum wage' side of it before.

I hope the farmer in Inniskeen wasn't any way related to me John; no we cudn afford 'help'...

Prof JR Donnelly of Madison Wisconsin is very knowledgeable on 19th Century Irish history. A very good book entitled "Captain Rock and the Agrarian Rebellion of 1821/1824" touches on similar themes including "faction fighting" commonly misunderstood to be the Irish love for fights. He explains it was a primitive form of trade unionism among the peasant workers and eventually led to the temporary amalgamation of these vested interests which led to secret societies and Rebellion. Donnelly is ahead of many Irish historians as he takes the unusual step of comparing rural living famine and working conditions with European counterparts. The book also studies emigration patterns and the fascinating concept of Millenarianism. (not sure if I have spelt this word correctly)