It’s a tale of derring-do, an against-the odds story in which one can’t help but admire the 76 Allied POWs who, in March of 1944, tunneled their way out of Stalag Luft III.

Before the POWs could make their escape from the camp in Lower Silesia, 100 miles southeast of Berlin, they and their comrades had to forge ID cards and make civilian clothes for those making the dash for freedom through enemy territory.

The ingenuity involved, from the construction of the tunnel to the disposal of the dug-up earth, was quite breathtaking. Unfortunately, 73 escapees were later recaptured, of which 50 were executed by the Nazis. Only three men made it to freedom. It’s a story that is justly celebrated for the heroic effort and the tragic consequences. 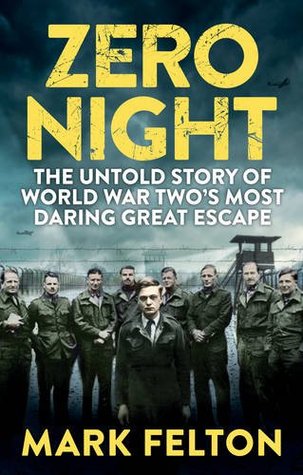 However, over a year-and-half earlier, in August of 1942 at Oflag VI-B in Warburg, Germany, there was a far more successful escape from a POW camp, and one which is hardly known at all.

It is a little-known episode from World War II, but Operation Olympian was an even more daring escape than that at Stalag Luft III. Olympian led to the escape of 32 Allied prisoners. Six of these were soon recaptured, but the rest remained free.

The escape occurred as ten-man teams of prisoners made a dash for the wire and threw four huge improvised ladders against the fence. The ladders had cunningly been disguised as large bookshelves, using wood plundered from a dismantled prison hut.

It was an intricately planned operation, involving forged identity papers for each man as well as a survival kit of 12lbs of food, cigarettes, medical kit, socks and underwear, to last each escapee up to 21 days on the run. Fine tissue paper was used on which to draw maps, and compasses were smuggled into the camp in Red Cross parcels.

At the appointed 'Zero Hour', a diversion was planned and the ladders were erected against the wire. In just 40 seconds, 32 men had poured across and out to freedom.

It was an audacious plan, which author Mark Felton has written about in his book Zero Night, The Untold Story of World War Two’s Most Daring Escape.

I have to say, the Olympian escape was a surprise to me. However, I was absolutely gobsmacked to discover an even more successful jailbreak, which I learned about while conducting research for my next ‘Liam Mannion’ novel.

The book will be set during the Irish Civil War when comrades split over the terms of the peace treaty signed with the British. In 1922, Pro-Treaty Free-State forces battled Anti-Treaty republicans in the wake of that peace deal. One consequence of the Civil War was the imprisonment of captured republicans.

Aside from the high number of escapees, the other impressive feature was that the escape actually occurred over two successive nights. The departure of approximately 30 men on the first night was successfully covered up the next day, with a further batch of prisoners escaping the following night... and all this was achieved despite the fact that prison authorities had placed spies amongst the prisoners.

But how was all this achieved? In his book, "The Civil War in Kildare," author James Durney recounts this fascinating episode.

The Newbridge camp was a former British artillery and cavalry barracks which had housed about 800 men and 500 horses. Prisoners were housed at the ‘Cupola’ in the centre of the barracks, which had a large recreation area.

Under the command of POW Thomas McMahon, the area was reconnoitred by the prisoners and it was discovered that a sewer pipe ran close by their quarters. It was decided to dig a tunnel to connect with this pipe, which in turn ran out to the river Liffey, some 500 yards away.

Using a sharpened poker and a fire shovel, the tunneling commenced beneath the bunks in one of the prison huts. Soil was disposed of beneath the hut and also in the top floor of another building in the camp. It was a good hiding place – the soil in this building would not be discovered until the structure was demolished in the 1960s.

After much effort, the tunnel finally connected with the sewer, but the escapees then had to find the correct route to the river through a myriad of sewer pipes. The air was foul and the pipe cramped... one of those tunneling was sick for a week after breathing in the fetid surroundings. Another got lost for the best part of a day in the labyrinthine sewer network.

Eventually, though, they found the right route and managed to exit the sewer system by digging up into the floor of a sawmill that sat on the banks of the Liffey, close to a bridge, which was patrolled by armed guards.

On the night of Sunday, October 14, approximately 30 prisoners escaped. The following night almost four times as many got free. They climbed through the sawmill floor and out the back door. Rolling down a slope and into the cold Liffey water, they swam to the other side, where there was open country through which they could flee.

The escape was discovered at midnight when sentries spotted movement on the bank and opened fire, wounding one prisoner. The mill was surrounded and those inside were returned to the camp. An impressive 149 prisoners escaped through the tunnel, with 37 being caught in the follow-up search. Nevertheless, 112 prisoners gained their freedom.

The Newbridge escape had little impact on the course of the war, which would end six months later, but as an act of derring-do it must rank as one of the most successful, if ill-remembered, jailbreaks ever. I'm sure the lads in Stalag Luft III and Oflag VI-B would have been proud...

Glad you enjoyed it, Claire. Hope all is well

Outstanding !!  Two books on the theme of  The Great Escape,  unheard of but written about  and buried somewhere in the many ' black holes '  of history.  That is Some research !!  Great going.!  I will see about acquiring these books somehow.  Many Thanks  for the attention-grabbing  synopsis.

Thanks Patrick, but I can't take the credit - I didn't write them... just brought them to your attention.

Aye,  understood that from the git-go -- you did mention authors Felton and Durney.  However, you did locate the books  with the interesting stories and brought it forward for our reading leisure.  For that,  Many Thanks !! >>