The man who changed the face of Ireland, County Laois's most famous son, William Dargan, was born near Killeshin, on Feb. 28th, 1799. He worked for some time as an apprentice to the pioneering Scottish engineer, Thomas Telford, and helped construct the London-Holyhead road across the mountains of north Wales.This was the main route from London to Dublin, and Dargan was determined that the Irish portion of the road should be equal to the British. He returned to Ireland and set up his own construction company and built the Howth to Dublin road, thus completing the London to Dublin link. At that time, Howth was where boats from Holyhead docked. In 1831, Dargan won the contract to build Ireland's first railway from the new port of Dún Laoghaire, again finishing off the highway to London.

The success of this project, which he completed in one year despite huge engineering difficulties, led to many other railway contracts, and Dargan ended up building most of Ireland's railways, some 800 miles (1290 km) in all. He was a great champion of the working man and provided employment throughout the Great Famine at the expense of any profit.

In 1853 he financed the Dublin International Exhibition in the grounds of Leinster House, as a showcase of Ireland's industry. Queen Victoria attended, visiting Dargan at his home, Mount Anville, and offering him a baronetcy which he declined. When the exhibition was finished, Dargan established The National Gallery of Art on the site, and a statue of him stands in the square outside.

As well as building railways, William Dargan opened up the port of Belfast by dredging out a new shipping channel and using the waste material to create the artificial Queen's Island that Harland and Wolff occupies. He also developed the seaside resort of Bray, straddling Dublin and Wicklow, along the lines of Brighton and built many miles of canals, including The Ulster Canal.

In 1866 Dargan was badly injured falling from his horse and was unable to maintain control of his many enterprises. He died in 1867, bankrupt and broken. He is buried in Glasnevin Cemetery.  A famous quote of his was:

"A spoon full of honey will catch more flies than a gallon of vinegar."

The new eye-catching cable-stayed bridge that carries the Luas tram line at Taney Cross near Dundrum in Dublin has been named William Dargan Bridge in honour of the Father of Irish Railways. If you intend a holiday at home, or a vacation to Ireland why not download a copy of An Irish Holiday to enjoy while you retrace our country's history. An Irish Holiday is an album of Famous Irish Melody's and makes very pleasant listening. You can also subscribe to my music site obyrneworldmusic and get some nice free tracks for your enjoyment 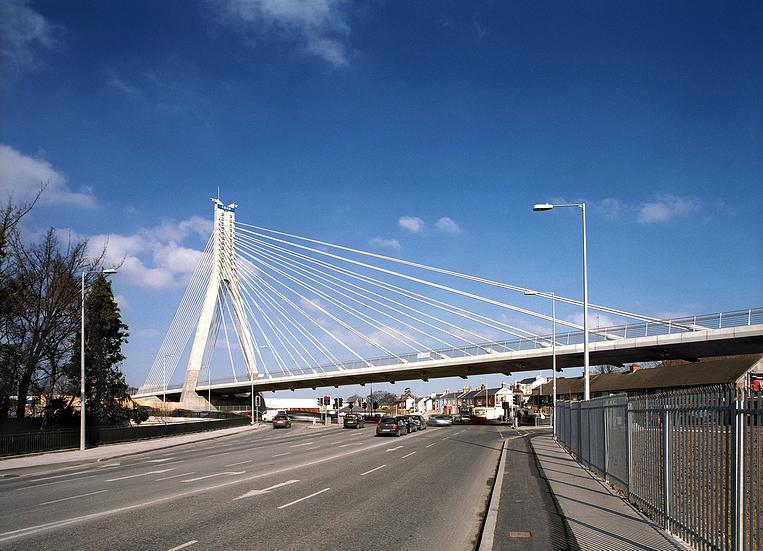 Hi Brendan, I had heard of William Dargan before but never knew he was involved in so many different ventures or that he had such social compassion.  Very sad how he ended up, but great he got recognition with the LUAS bridge being named after him - and in reality it is certainly an impressive bridge.

Do you know if his home 'Mount Anville' is the convent and girls school secondary of the same name?  My sister went to Mount Anville as a border!

Very interesting, thanks for posting.