It was very, very difficult. I called mum, I felt lonely and sad to be leaving. I got myself to breakfast down the road but couldn’t finish it. I felt so rude leaving food on my plate, but there’s nothing I could do. After breakfast, I went back to wait for the festival guy who was taking me to the car rental place. I bumped into the Spanish hurdy gurdy player and gave him a T-shirt from my musical. He gave me an apple from his father's tree in Spain. So sweet. 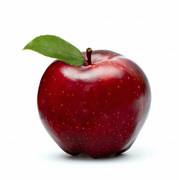 When we arrived at the car rental, I was shocked to find out that I couldn’t, in fact, use my Visa debit card. I dumped money into my ‘straight’ credit card but it wouldn’t clear. I was stranded.

Festival guy got me a room for the night but suggested I might like to wander around Drumcliff, the final resting place of the poet William Butler Yeats.

Festival guy pointed out some art studios, and I recognised a name he suggested from Facebook. The man who makes Armada art!!! Stop the car!! Walking along the small rooms, I remembered that the Armada artist has a partner who makes amazing jewellery, among other things. I stopped in. She was busy, but chatted with me. Her partner was not at work. Her jewellery is amazing, and I really wanted to buy a piece but I had to be frugal. His facebook page can be found here The Armada Art Gallery. His uncle is also an artist in Sligo who carves sculptures from folklore and is more than happy to regale you with stories.

I had a wee look around, so many interesting things and a beautiful view. Just down the road was the graveyard where W.B. Yeats is buried. 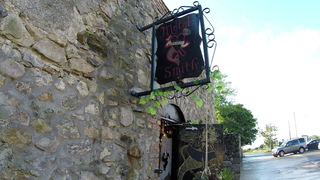 What a fascinating character Yeats is. As an Irish poet and one of the foremost figures of 20th century literature, he was a pillar of both the Irish and British literary establishments. In his later years was an Irish senator. Yeats was a driving force behind the Irish Literary Revival and, along with others, founded the Abbey Theatre, where he served as its chief playwright during its early years. He was awarded the Nobel Prize in Literature in 1923 and was the first Irishman to receive the honour. His poetry was indeed, as the prize committee stated, inspired, a body of work “which in a highly artistic form gives expression to the spirit of a whole nation." William Butler Yeats was born in Sandymount, Ireland and educated there and in London; he spent his childhood holidays in County Sligo. Later he would return again and again to write and dream.

He penned the lyrics of the famous song “Down By the Salley Gardens,” which has been recorded by many artists and was my “go to” song while in Ireland. An Irishman suggested that I learn this song, so I did and recorded it.

Yeats indicated in a note that it was "an attempt to reconstruct an old song from three lines imperfectly remembered by an old peasant woman in the village of Ballisodare, Sligo. The "old song" may have been the ballad The Rambling Boys of Pleasure. The opening verse is a clear indication of this:

"It was down by Sally's Garden one evening late I took my way.

'Twas there I spied this pretty little girl, and those words to me sure she did say.

She advised me to take love easy, as the leaves grew on the tree.

But I was young and foolish, with my darling could not agree I am in the heart of Yeats country wandering a graveyard, trying not to step out of place or fall into graves. I love old graveyards. There is something so beautiful about them. The beautiful Celtic crosses, the broken slabs and the overgrown grass. Families buried together or with other martyrs and the graves without headstones. I just can’t explain what this feeling is. It’s called taphophilia, apparently it’s a thing. I wandered into the church, which the graveyard surrounds, and was met by a woman selling scrolls of Yeat's work. We had a chat and a laugh. She told me about the church and some really interesting bits and pieces. She pointed out the two swans, one on each of the front doors. They were given to the church by the Yeats Society in MY HOME TOWN!

The bird emblem of Western Australia is a swan. Where Perth now stands was called the Swan River colony. In Australian Aboriginal mythology, "The Dreamtime story of the black swans tells how two brothers were turned into white swans so they could help an attack party during a raid for weapons. It is said that Wurrunna used a large gubbera, or crystal stone, to transform the men. After the raid, eaglehawks attacked the white swans and tore feathers from the birds. Crows, who were enemies of the eagle hawks, came to the aid of the brothers and gave the black swans their own black feathers. The black swan red beak is said to be the blood of the attacked brothers, which stayed there forever." (Wikipedia)

To the Noongar people of South Western Australia, the swan is an animal totem. In their mythology, every individual has an animal totem which they are responsible for and must treat with respect. This has parallels in Ireland, where there is a famous story of the Children of Lir, in which children are turned into swans for 900 years by their nasty stepmother.

“The trees are in their autumn beauty,

The woodland paths are dry,

Under the October twilight the water

Upon the brimming water among the stones

From “The Wild Swans at Coole” -- WB Yeats

Song on youtube clip – “Cliché” by me (Frances O’Neill)

I bought a book, titled "Sligo Folk Tales" and some presents for the family from the gift shop in the cafe and headed out to meet my lift.

Enjoyed this very much.

The graveyard looks lovely ; my family always say I am morbid because enjoy strolling around graveyards . for me its like a history book. The inscriptions , names and lots have many, many family in the same grave.