The Sunday morning after the night before with all its festivities was tricky. I was so tired I managed to sleep through a giant party in the pub downstairs. Anytime I did stir, I listened to the band downstairs and marvelled at their harmonies and the tightness of the band. The cover band was playing all the pop hits, and they sounded amazing.

I wished that I had the energy to go downstairs, but I could hardly speak for the exhaustion. I was only just starting to feel human again after a travelling over 25 hours to get here and everything else in between. Triona was leaving soonish, and we were just a little green from the night before. There were some lectures happening in the town hall, which had to take second place to breakfast. It was at breakfast that I was introduced to the breakfast roll. Try to guess what was in it.

I hadn’t seen Triona in about 10 years, and it felt like no time had passed. She had to hit the road soon as she had to work. The breakfast was from a gas station café and it was good. Yes, even the black pudding.

My dad used to do a big fry up on Sunday morning and there would always be black pudding, and no it didn’t bother me when I found out what was in it. Sorry, vegan friends.

After breakfast I still felt a little seedy. Panadol and water was the trick. We made our way to the hall and inside the lecture. The hall was darkened and it was a formal event. Trying not to make a kerfuffle, we came in the back. I suddenly realised I didn’t have my phone and this was not at all acceptable. We made a quick exit and as we were walking to Triona’s car I found my phone in my pocket! Too embarrassed to go back in, we decided to head toward Ben Bulben in the car.

Benbulben is magnificent, and I have to admit the day before when I had walked toward it I had a bit of a moment. It is breathtaking! We drove up into the mountain. Just as it was getting exciting, Triona decided we had gone far enough. It was drizzling. I got out and took in a most beautiful stream. Triona had a rare gem moment of sentimentality: “Imagine how many people have actually looked at this stream. You could probably count them.” I helped her do a three-point turn using a small sideless bridge, and we returned to the town. 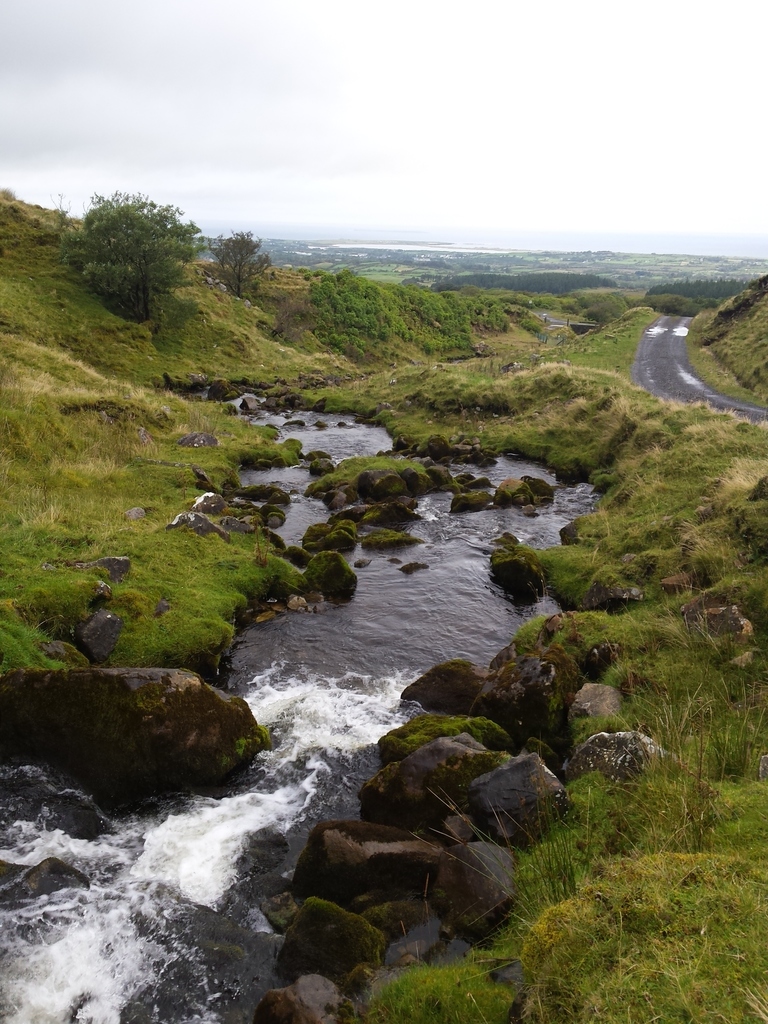 We said our goodbyes, and I headed back to the lectures. The speaker, Fionnbarr Moore, is a senior archaeologist with the National Monuments Service, Department of Arts, Heritage and the Gaeltacht, and has been the head of the Underwater Archaeology Unit (UAU) since 1999. The musical reflections were played by Elsa Kelly, a final-year music student in University College, Dublin, who received the honorary Ad Astra Performing Arts Scholar in 2014/2015. Her harp music was divine. I had heard that harp had become a rare thing until recently, when music education received some much needed funding from the government and U2. I couldn’t find a harpist when I was putting on my musical in Melbourne, and I had seen four in just 24 hours in Grange.

I was astounded by the young people who were involved with this festival. They were so musical and so natural. Music to the Irish is like breathing. It's life force, essential and magic.

After the lecture I was to attend the final of Gaelic football. Apparently, it was something I had to experience. Tomás was patient with my questions and observations. No, it’s not like soccer apart from the round ball. It’s closer to AFL, kind of. I’m not really a sport-watching kind of a person, but it was fun and over quickly. I think Kerry won. Nobody seemed to mind. I never managed to make it to the bottom of my pint before another pint was before me. The food was delicious. I can't tell you how good the food was in Langs Bar. Especially the cheesy potatoes and prawns, oh, my goodness, heaven. The atmosphere is cosy and relaxed and the staff just lovely. 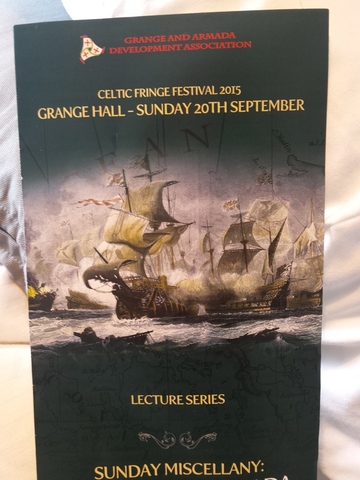 Apparently, there was a music session happening in the little bar at the front. Festival guy led me in to sing. I had no choice, and he gave me no time to think about it and chicken out. The Spanish musicians were in there already playing with two wee girls who were playing whistle like pros. Me and the Spanish hurdy-gurdy player performed a Spanish song, "Besame Mucho." He didn’t know the song, but we persisted and eventually we ended up rewriting the song.

After that, there was a call for another. "Salley Gardens!" "Down By the Salley Gardens" is Emer’s song. One of the wee lasses on the whistle looked at me, “Shall we sing it together?” I asked, she nodded. WE took to the middle of the room, and she brought her lyrics. Bending down to read was difficult, and eventually I was on my knees. The Irish trio from the night before had came in and were playing behind the bar, EVERYONE was singing. People were harmonising. I had another moment. It was like heaven on earth. As I knelt there in the middle, I was bathed in sound and I felt so peaceful.

Music by Box and Banjo and Elsa Kelly recorded at the festival.

On the way back from the toilet, I was stopped by a couple who wondered if I was single. Apparently their friend was looking for a wife. Ha-ha! As I regaled them with my story about my family, they were all attention. However, by the end I was standing at the bar chatting to the “single” guy. Later, I had a laugh as I wondered if they actually were interested in my story at all. All in good fun. Festival guy had been looking for me and was worried. He interrupted my chat and basically kicked me out and told me to go home. I savoured the walk home for I knew that tomorrow I would be leaving. I took a deep breath, the road was glistening in the moonlight, it was quiet. I took a deep breath. Magic.

John and I had stood somewhere like this last July looking at the mountain. I have some wonderful photos of Benbulben. When we asked the taxi driver to take us to the Streedagh beach, he asked what we wanted to go there for as it was only a beach. That was before things started to wash up.

The bus /train/ taxi drivers will ask anyone , anything / that's how they get all their stories to pass onto the tourists! . Many a conversation I have had with Irish bus drivers --- listening to stories that I already know about my town. But what the hell ; they want to be friendly , so let them .