His fists earned him a world featherweight boxing title, but his songs and geniality won him his city’s hearts. Nicknamed the singing Irishman, Rinty Monaghan, even decades after he left the ring, remains a beloved Belfast icon. In a town full of fascinating characters, Monaghan has proven to be one of the most enduringly popular figures Titanic town has ever produced, yet few Irish- Americans know the story of this endearing slugger.

John Joseph Monaghan was born in 1918 in hardscrabble North Belfast, into a large, working class family. His nickname "Rinty" came from his childhood love of dogs. He brought home so many injured muts that his grandmother renamed him Rin Tin Tin, after the famous film canine, which she quickly shortened to Rinty. His parents developed the two great loves of Rinty’s life, boxing and singing.

Rinty’s father, a Navy man, taught him and his brothers how to box from an early age. His father and mother adored Irish ballads, often singing them to their children and Rinty sang these songs his entire life. While still at school in primary school, aged just 11, he began fighting in street boxing contests, earning a fish and chip supper when he won. Amazingly at just fourteen years of age he had his first professional fight. After the bout the fight promoter asked Rinty if he could sing and Rinty delighted the audience with a song entitled “Sally.” In appreciation the audience threw coins into the ring, which Rinty dutifully brought home to his mother and post match ballads instantly became a Monaghan trademark.

Rinty went undefeated in his next twenty-four bouts, winning and singing, until he was knocked out in his first defeat by Glasgow’s Jackie Patterson in 1938. The war interrupted RInty’s boxing career. Monaghan enlisted in the Navy. During the war Rinty entertained British troops with his ballads, even singing and dancing for troops on the beaches of Normandy just forty hours after the British landing. Rinty was only able to get a few fights during the war years, but in 1945 he resumed his boxing career and soon Monaghan knocked out Eddie 'Bunty' Doran to win the Ulster flyweight title. After this victory Rinty set his sights on the world championship and in 1948 he got his chance to win the crown in a rematch with his old nemesis, Jackie Patterson, at the King’s Hall in Belfast.

A packed arena eagerly anticipated the chance for the first Northern Irishman ever to win a boxing crown and when Monaghan knocked Patterson out in the seventh round to become the undisputed World flyweight champion the hall erupted in euphoria. Thousands of caps, hats and programs were thrown into the air. As Patterson was being carried out, the ecstatic fans even tried to storm the ring.

When Rinty began to sing “When Irish eyes are smiling” thousands of jubilant spectators sang along. Monaghan later claimed that his pre-fight diet of goat's milk and raw eggs was the secret to his victory. Bonfires were lit in celebration around Belfast, but RInty had another fight on his hands later than evening as he had to fight his way through the huge crowds celebrating his victory outside his home.

Monaghan won a few more fights, defending his world title, but he had developed a chronic lung and sinus condition, which in April 1950, forced him to renounce his titles and retire at age 32. He tried to make a comeback a few years later, but he was refused a boxing license and had to hang up his gloves. Although he made good money from boxing, it did not last long. Generous to a fault, Rinty fell for his neighbors numerous hard luck stories, giving away much of the money he earned in the ring. He went on the road as a singer with a small band, but without the success he had in the ring. Finally, the taxman took his remaining money, forcing him to work as a taxi driver, truck driver and gas station attendant. 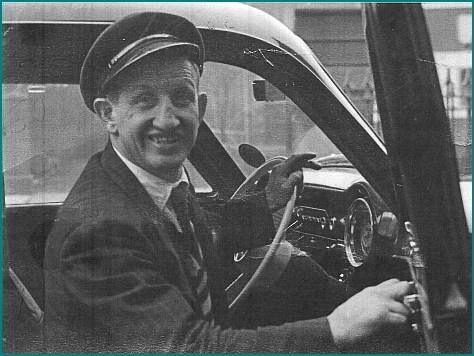 Other men might have been bitter about the passing of their wealth and fame, but Rinty had no complaints and stayed jovial. People who rode in Rinty’s taxi still talk about the charming driver with his magical songs, yarns and jokes as he took them to their destination. As he worked his various jobs, people all around Belfast were delighted when they recognized the little ex-boxer with the twinkling eyes, infectious smile and hearty laugh. RInty is still fondly remembered for bursts of song, his amazing impersonation of 'Popeye the Sailorman,’ his tap dancing and harmonica playing.

His famous sense of humor reappeared in 1976 when a local radio Station broadcast a false report of his death. 'I'm not floored yet', he laughed as he called in to correct the story. He died from lung cancer in 1984 at age 65 and several hundred people turned up for his funeral, including many of the most famous members of Ireland’s boxing community.

More than thirty years passed after his death, but Belfast never forgot the singing flyweight. A movement started to build a monument to Monaghan. Finally, in 2015 The Belfast City Council commissioned a bronze statue of Rinty holding a microphone in his left hand and singing. His right arm is raised in triumph and he is wearing his world title belt. Rinty’s family and many friends came to the opening, which was presided over by the Lord Mayor of Belfast. The statue has become one of Belfast’s most popular pieces of street art and stands in tribute to Belfast’s beloved singing boxer. 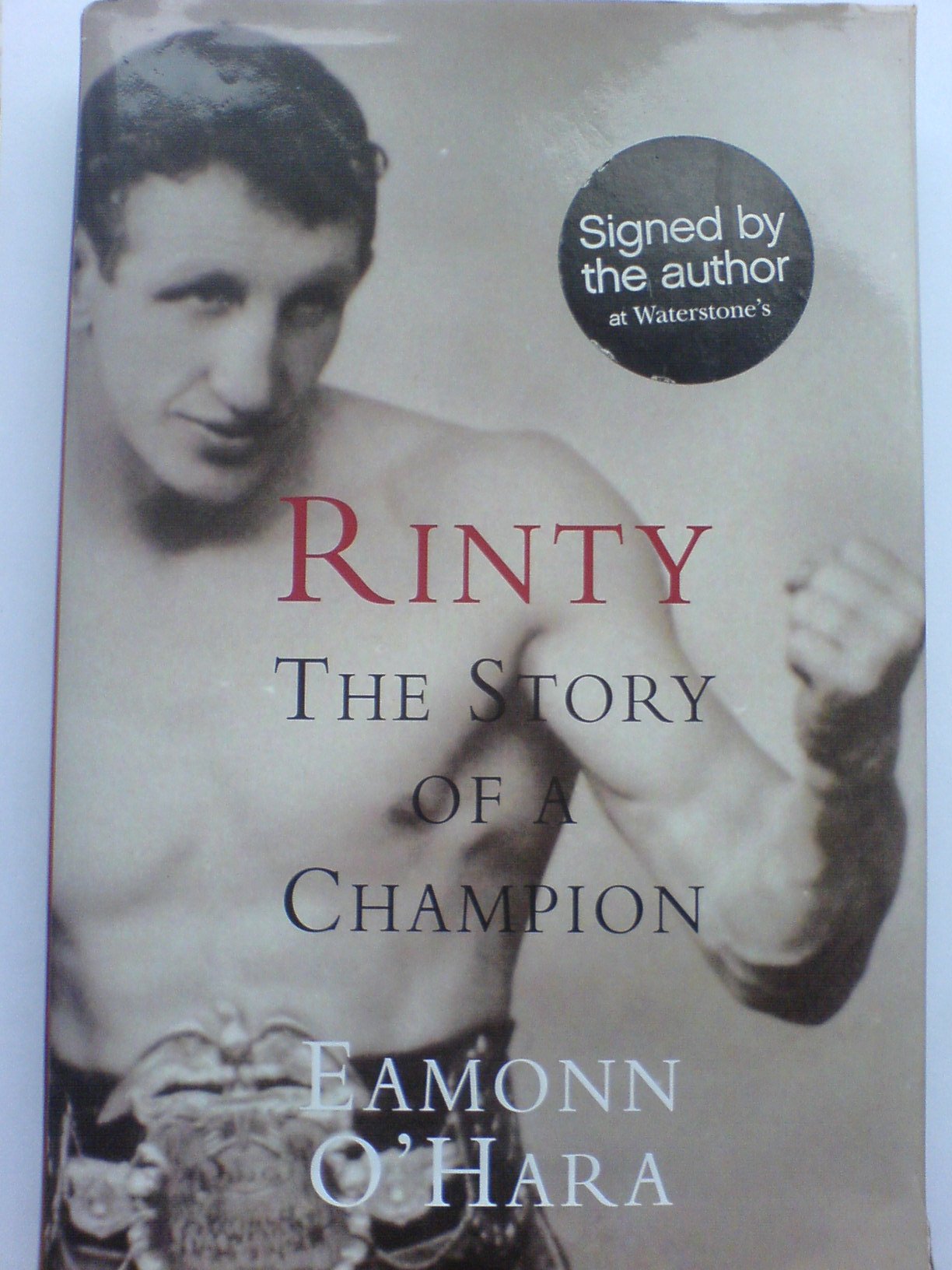 "Rinty: The Story of a Champion" by Eamonn O'Hara

The Ballad of 'Rinty' Monaghan by Joe Mulheron as performed by Ray Collins.