This month we remember Irishman Oliver Plunkett, the Roman Catholic Archbishop of Armagh and Primate of All Ireland, who was hung, drawn and quartered, on July 1, 1681 at Tyburn Gallows, London. That barbaric act made him the last Catholic victim martyred as a direct result of the devious ‘Popish Plot’ instigated by rogue Clergyman Titus Oates. The so-called ‘Popish Plot’ concocted in England by Oates, led to further anti-Roman Catholic action including the arrest of Archbishop Peter Talbot of Dublin, and forced Plunkett to go into hiding again. Despite being on the run and with a price on his head, Plunkett refused to leave his flock and at some point, before his final incarceration, he took refuge in a church that once stood in the townland of Killartry, in the parish of Clogherhead in County Louth, seven miles outside Drogheda.

The protestant parliament in England, still in a very strong position, finally forced its will on the restoration king Charles II, and issued a decree dissolving all Church property. Oliver Plunkett’s schools in Drogheda were burned and razed to the ground and a short time later, on January 18, 1674, he and his close friend John Brennan, Bishop of Cashel, were forced to flee and seek shelter in the South Armagh hills, coming first to the area around the foothills of Slieve Gullion. This flight is well documented by Oliver Plunkett himself, in a letter written by him to the Internuncio in Rome on January 27, 1674 from his first hideout, the house of a 'reduced gentleman who had nothing to lose' and who gave them shelter as they fled, fearing for their lives, through the valleys around Mullaghbawn in County Armagh during a violent snowstorm in the winter of 1673-74. After a short respite the ‘reduced gentleman’ directed them to a second ‘safe house’ in an area known as the ‘Doctors Quarters’ near to an old limestone quarry at Lislea.

On a stark, frigid night in January 1674, Bishop Oliver Plunkett and his close friend John Brennan, Bishop of Cashel, were forced to flee the town of Drogheda and run for their lives. Wearing long, hooded cloaks and veils, and with a price on their heads and the dreaded Priest Hunters snarling at their heels, they followed the old royal roadway out of the town, crossed the Boyne valley and fled north toward the sanctuary of South Armagh in the province of Ulster. Their journey would take them across the Boyne river and over the hill of Slane, past the old moss-covered dolmens and burial place of the nobles at Ros na ri, then on past the ancient Viking settlement at Annagassan and the hamlet of Dundalk, through the gap of the north and into the foothills around Slieve Gullion. In a gale driven, blinding snowstorm they passed in silence through the gap and arrived exhausted below the steep slopes of Slieve Gullion. After trudging through the snowdrifts that covered the wide valley of Mullaghbawn, they arrived at a prearranged hiding place known locally as the Doctor’s Quarters, close to the old lime kilns at Lislea. There they met with Bishop Patrick Donnelly, aka Phelim Brady, the Bard of Armagh, himself no stranger to the same vicious head hunters. The bard provided the two men with temporary shelter, food and warm beds.

Beneath the tree near Oswulf’s stone, where the roman roads met the river,

a blood-soaked spot and a hangman’s knot would soon a soul deliver.

No guilt nor shame would mark the name of this man from the royal vale,

tho’ a king’s command forced him to stand three miles from Newgate jail.

his journey took him far and wide to spread the word around.

but with cloak and veil and a well-worn trail, he fled north to Macha’s land.

With Phelim the bard he found shelter and slept in the minstrel’s bed,

to the Doctor’s house in the valley, near the lime kilns at old Lislea,

to Mullaghbawn and O’Hanlon’s fort and Forkhill beyond Sturgan Brae.

for the bounty set and the fear of the threat that his words would lead and warn.

he shifted and shaped across field and wide lake and fooled both a king and his crown.

the time was now come to stand and not run for escape would never be found.

As the rope drew tight and took his light and the bright sun turned to grey,

he offered it up in a martyr’s cup and departed this world on that day.

*note: The man who gave them shelter is believed to be Bishop Patrick Donnelly, also known as Phelim Brady, the Bard of Armagh.

Oliver Plunkett was born on the 1st of November 1625 in Loughcrew, County Meath, Ireland, to well-to-do parents with Hiberno-Norman ancestors. As an aspirant to the priesthood he set out for Rome in 1647, under the care of Father Pierfrancesco Scarampi of the Roman Oratory. At this time the Irish Confederate Wars were raging in Ireland, a series of violent conflicts between native Irish Roman Catholics, English and Irish Anglicans and Protestants. Scarampi was the Papal envoy to the Roman Catholic movement known as the Confederation of Ireland. Many of Plunkett's relatives were involved in this organization. 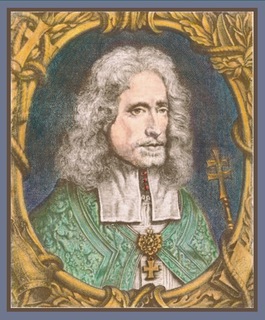 He was admitted to the Irish College in Rome and was ordained a priest in 1654, and deputed by the Irish bishops to act as their representative in Rome. Meanwhile, the Cromwellian conquest of Ireland (1649–53) had defeated the Roman Catholic cause in Ireland and in the aftermath the public practice of Roman Catholicism was banned and Roman Catholic clergy were exiled or executed. As a result, it was impossible for Plunkett to return to Ireland for many years. He petitioned to remain in Rome and, in 1657, became a professor of theology. Throughout the period of the Commonwealth and the first years of Charles II's reign, he successfully pleaded the cause of the Irish Roman Church, and also served as theological professor at the College of Propaganda Fide. At the Congregation of Propaganda Fide on 9 July 1669 he was appointed Archbishop of Armagh, the Irish primatial see, and was consecrated on 30 November at Ghent by the Bishop of Ghent, Eugeen-Albert, count d'Allamont. He eventually set foot on Irish soil again on 7 March 1670, as the English Restoration of 1660 had begun on a basis of toleration.

After arriving back in Ireland, he set about reorganizing the ravaged Roman Church and built schools both for the young and for clergy. As the Penal Laws had been relaxed in line with the Declaration of Breda in 1660, Plunkett was able to establish a Jesuit College in Drogheda in 1670. A year later 150 students attended the college, no fewer than 40 of whom were Protestant, making this college the first integrated school in Ireland.

On the enactment of the Test Act in 1673, to which Plunkett would not agree for doctrinal reasons, the college was closed and demolished. Plunkett went into hiding, travelling only in disguise, and refused a government edict to register at a seaport to await passage into exile. For the next few years he was largely left in peace since the Dublin government, except when put under pressure from the English government in London, preferred to leave the Catholic bishops alone. 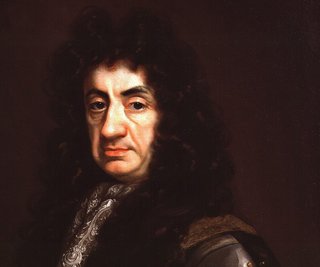 The so-called Popish Plot, concocted in England by clergyman Titus Oates, led to further anti-Roman Catholic action. Archbishop Peter Talbot of Dublin was arrested, and Plunkett again went into hiding. Despite being on the run and with a price on his head, Plunkett refused to leave his flock. At some point before his final incarceration, he took refuge in a church that once stood in the townland of Killartry, in the parish of Clogherhead in County Louth, seven miles outside Drogheda.

Oliver Plunkett was arrested in Dublin in December 1679 and imprisoned in Dublin Castle, where he gave absolution to the dying Talbot. Plunkett was tried at Dundalk for conspiring against the state by allegedly plotting to bring 20,000 French soldiers into the country, and for levying a tax on his clergy to support 70,000 men for rebellion. Fearing he would not be found guilty in Ireland he was moved to Newgate Prison in London in order to face trial at Westminster Hall.

Oliver Plunkett was found guilty of high treason in June 1681 "for promoting the Roman faith", and was condemned to death. He was hanged, drawn and quartered at Tyburn on 1 July 1681, aged 55, the last Roman Catholic martyr to die in England.

His body was initially buried in two tin boxes, next to five Jesuits who had died previously, in the courtyard of St Giles in the Fields church. The remains were exhumed in 1683 and moved to the Benedictine monastery at Lamspringe, near Hildesheim in Germany. The head was brought to Rome, and from there to Armagh, and eventually to Drogheda where since 29 June 1921 it has rested in Saint Peter's Church. Most of the body was brought to Downside Abbey, England, where the major part is located today, with some parts remaining at Lamspringe. Some relics were brought to Ireland in May 1975, while others are in England, France, Germany, the United States, and Australia.

On July 1st 1981 South Armagh native Cardinal Tomás Ó Fiaich, together with twenty bishops and a number of abbots stood on a stage beneath a scaffolding on Clapham Common, London. The Cardinal had flown there in a helicopter with the remains of Oliver Plunket’s body, for the 300th anniversary of his death. A spectacular rally and Mass was held in his honor.

From "Out of the Ice: Ireland Then and Now."

Powerful stuff John. As before, you've filled in many gaps for me. Thanks.

Thanks Colm, It is a fascinating albeit cruel story.

Great account, John but I dunno how I didn't notice the 'John Brennan' name in it before. Is he any relation of ur famous relative, Brennan on the moor or to ur family atal...

Mebbe you need new specs, like myself Norah. As for the Brennans, as far as I can gather, I've traced them back to approximately 2500 years ago when they arrived in Ireland. Four septs then split up and went their separate ways. My people settled as chieftains in Ossory, Co. Kilkenny. William Brennan was of the Kilkenny sept and the "wrestling doctor" John Brennan was also. As for the bishop of Cashel. I'd love to think so, but I can't find any proof.

Another grand  and well written story, thanks. Lesson to be learnt,... people always do better when they don't base their actions on fear.  Slainte

Thanks Richard. And yes, fear is insidious.