On  the 5th. of November 1605 an event took place in the heart of London, that if successful would have forever changed the political and economic future of Ireland, the continent of Europe, and perhaps the entire world.

'Remember, remember the fifth of November, the Gunpowder treason and plot.

I know of no reason why the Gunpowder treason should ever be forgot.'

James I was the son of Mary, Queen of Scots, and a great-great-grandson of Henry VII, King of England and Lord of Ireland. He was born Catholic, but soon after, his mother Mary was forced to abdicate the throne of Scotland, James was kidnapped by Protestant rebels and brought to Stirling castle, where he was raised as a Protestant. He was crowned King of Scotland as James VI in 1567 and King of England and Ireland as James I in 1603. James, from the House of Stuart, took the Scottish throne at the age of 13 months, after the death of the last Tudor monarch of England and Ireland Elizabeth I, who died without having children. He reigned over all three kingdoms for 22 years, a period that became known as the Jacobean era. Basing his seat of power in London, he returned only once to Scotland. During his reign, the Plantation of Ulster and the large scale colonization of the new world (America) began. James, was, among his many other accomplishments, a noted and prolific author, widely known for compiling two important books: The King James version of the bible and a guide book on the subject of witchcraft and how to identify witches, titled 'Daemonologie.' The pilgrims would bring copies of these writings with them to the new world and use them with terrifying results, in Salem, Mass. James abhorred all things Catholic and from the beginning he set out to eradicate all traces of the “heretical religion.” Persecutions of Catholics were commonplace and executions were carried out on a daily basis.

Troubled by these barbaric acts, several members of the Catholic clergy decided to take matters into their own hands. In what became known as the ‘Bye Plot,’ two priests, William Watson and William Clark, planned to kidnap James and hold him in the Tower of London until he agreed to be more tolerant towards Catholics. News of the plot reached the Bishop George Blackwell, who instructed his priests to have no part in any such schemes. At about the same time, Sir George Brooke, Lord Cobham, Lord Grey de Wilton, Griffin Markham and Walter Raleigh hatched what became known as the ‘Main Plot,’ which intended to remove James and his family and install Catholic Arbella Stuart as Queen. They approached Henry IV of France for funding, but were unsuccessful. All those involved in both plots were arrested in July and tried later in 1603. Sir George Brooke was executed, but at the 11th hour, James reprieved Cobham, Grey, and Markham while they were on the scaffold. Raleigh, who was due to be executed a few days later, was also pardoned. The two priests, after condemnation by the pope, were executed. 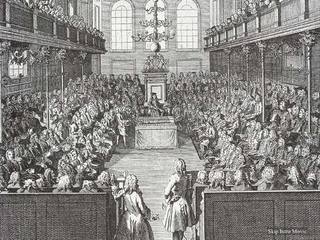 In 1605, a plan to assassinate king James I and his ministers was hatched by a group of English Catholics, led by a dissenter named Robert Catesby. The plot, an attempt to spark a revolt throughout England and Ireland, was devised with the ultimate aim of installing James’ nine-year-old daughter, Princess Elizabeth, as the Catholic Queen of England. The plan was to blow up the House of Lords during the State Opening of England's Parliament on 5 November 1605. When it became clear that the long awaited religious reforms and tolerance of Catholics was not going to happen under James’ reign, Catesby set the plan in motion. He handpicked a group of like-minded individuals that included John Wright, Thomas Wintour, Thomas Percy, Robert Keyes, Thomas Bates, Robert Wintour, Christopher Wright, John Grant, Ambrose Rookwood, Sir Everard Digby, Francis Tresham and Guido Fawkes. Fawkes, who had many years of military experience, was put in charge of the gunpowder.

Unfortunately for them, their plans were revealed in an anonymous letter which was delivered to William Parker, 4th Baron Monteagle, on 26 October 1605. During a search of the House of Lords at about midnight on 4 November 1605, Fawkes was arrested when he was discovered guarding thirty-six barrels of gunpowder, enough explosives, that if ignited, would undoubtedly raze the building. The plotters fled London when they learned of the plot's discovery but were eventually rounded up and sent to the ominous Tower of London to await trial. At the trial, held on 27 January 1606, eight of the survivors, including Fawkes, were convicted and sentenced to be hung, drawn and quartered.

Details of the plot were allegedly known by the principal Jesuit of England, Father Henry Garnet. Garnet was arrested, convicted of treason and sentenced to death, even though serious doubts were cast on how much he really knew. As the plot was revealed to him through the sacred act of confession, his argument was that he couldn’t inform the authorities because of the confidentiality of confession. 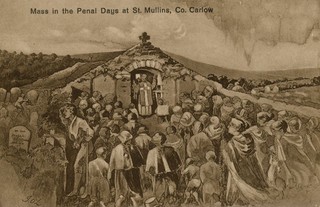 The conspirators' principal aim was to kill King James, but many other important targets would also be present at the State Opening, including the monarch's nearest relatives and members of the Privy Council. The senior judges of the English legal system, most of the Protestant aristocracy, and the bishops of the Church of England would all have attended in their capacity as members of the House of Lords, along with the members of the House of Commons. Another important objective was the kidnapping of the King's daughter, third in the line of succession, Princess Elizabeth. Once the King and his Parliament were dead, the plotters intended to install Elizabeth on the English throne as a titular Queen.

Guido (Guy) Fawkes was born and educated in York, England. His father died when Fawkes was eight years old, after which his mother married a Catholic. Fawkes converted to Catholicism and left for the continent, where he fought in the Eighty Years' War on the side of Catholic Spain against Protestant Dutch reformers. He travelled to Spain to seek support for a Catholic rebellion in England without success. He later met Thomas Wintour, with whom he returned to England. Wintour introduced Fawkes to Robert Catesby, who planned to assassinate King James I and restore a Catholic monarch to the throne. The plotters rented an underground chamber directly beneath the House of Lords, and Fawkes was placed in charge of the 36 barrels of gunpowder stockpiled there. When details of the plot were discovered, the authorities searched Westminster Palace during the early hours of 5 November, and found Fawkes guarding the explosives. Over the next few days, he was questioned and tortured, and eventually he confessed. Immediately before his execution on 31 January, Fawkes threw himself from the ladder atop the scaffold, breaking his neck and dying before the agony of his disembowelment would take place. Guy Fawkes became synonymous with the failed Gunpowder Plot, which has been commemorated in Britain since 5 November 1605. His effigy is traditionally burned on bonfires, accompanied by large fireworks displays, every November 5th.

Thanks. Glad you liked my article. Guy Fawkes I have been told that he is the only man to enter Parliament with honest intent,  slainte

I appreciate your article John though cannot actually like it as it's yet another piece of 'horrible histories' that are full of the worst parts of mans' inhumanity to man but thank you for reminding us of what did occur on the fifth of November in 1605...

There is a theory that Guy Fawkes did not die but was actually the informant in the plot. Though I pay little heed to conspiracy theories myself, it is interesting to see that the shaky signature which purports  to be his is signed 'Guido Fawkes'. He was baptised at a time when the church insisted all baptisms were recorded under the Latin equivalent of the child's name, so his name was written in church records as 'Guido' but he would have gone by the name his parents chose -  'Guy'. One can only wonder why, then, at the point of death, he signs his confession in a name he would not have used in everyday life. Another example of this is Julia Springett who married William Penn (of Pennsylvania fame) and whose birth record is in the Latin name 'Guglielma', a name used by some historians. King James himself, who was the target of the Gunpowder Plot, was registered as Jacobus. I understand that, in the US, 5 November has been designated 'International Redhead Day'. I trust though that our American cousins will not be burning any of us red topped Celts at the stake!

Succinct account of that most bloody period in English history. Bravo.

Sadly Norah, it seem that man is doomed to keep repeating atrocities. Maybe one day we will get it right.

Yes Colm, it was indeed a bloody period in time. Sadly the blood still flows......