Oliver Cromwell, one of the most reviled characters in Irish history, was an English military and political leader and the Lord Protector of the Commonwealth of England, Scotland, and Ireland. He was born in April 1599 and his father was Robert Cromwell. For the first forty years he led a fairly unimportant existence and only came to prominence after undergoing a religious conversion in the 1630s. As a Puritan, and fanatically religious, Cromwell firmly believed that God was guiding him. In 1628 he was elected Member of Parliament for Huntingdon and Cambridge in 1640 and took part in the English Civil War on the side of the ‘Roundheads,’ otherwise known as ‘Parliamentarians.’ He got the nickname ‘Old Ironsides,’ after he was promoted to commander of the New Model Army. Cromwell was one of the signatories of Catholic King Charles I's death warrant in 1649, and he dominated the Commonwealth of England as a member of the ‘Rump Parliament’ between the years 1649–53. The Parliament had long term plans to re-conquer Ireland since 1641, and had already sent an exploratory invasion force to the Island in 1647. Cromwell's hatred towards the Irish was religious as well as political and he was passionately opposed to the Catholic Church. He believed that the Roman Church was heretical and a stumbling block to the Church of England’s expansion. He held the Pope and the Catholic church solely responsible for the persecution of Protestants throughout the rest of Europe.

His hatred of Catholicism became an obsession after the Irish Rebellion of 1641 took place. The rebellion was supposed to be bloodless, but became an outright massacre of English and Scottish Protestant settlers by an Irish army comprised of Gaelic chiefs, Old English settlers disloyal to the crown, and clans of Scottish Catholics living in Ireland. The settlers had moved onto the lands taken earlier from Catholic owners to make way for the non-native Protestant planters and these factors contributed to the savagery of the Cromwell military campaign in Ireland. Cromwell was further incensed when in 1649 an alliance was signed by Irish Confederate Catholics and English royalists, who owed their allegiance to Catholic King Charles. Parliament considered the Confederate-Royalist alliance to be the biggest single threat facing the Commonwealth.

Cromwell led an invasion of Ireland, and landed in Dublin on 15 August 1649 with his New Model Army comprised of 12,000 troops. His nine-month military campaign was brief, violent and effective, though it did not end the war in Ireland. Before his invasion, English forces held only small outposts in Dublin and Derry but by the time Cromwell left Ireland, they occupied most of the eastern and northern parts of the country. After his landing at Dublin, Cromwell quickly overwhelmed the towns of Drogheda and Wexford. At the Siege of Drogheda in September 1649, his troops slaughtered almost 3,500 people after capturing the town. Among the fatalities were 2,700 Royalist soldiers, anyone caught carrying arms, large numbers of civilians, prisoners and Roman Catholic priests. Cromwell wrote afterwards, “I am persuaded that this is a righteous judgment of God upon these barbarous wretches, who have imbrued their hands in so much innocent blood and that it will tend to prevent the effusion of blood for the future, which are satisfactory grounds for such actions, which otherwise cannot but work remorse and regret." 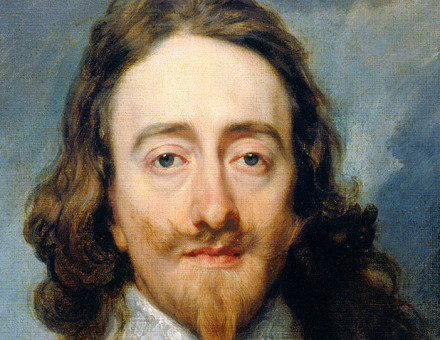 After the taking of Drogheda, Cromwell sent a column to Ulster to secure the north of the country and then went on to besiege Waterford, Kilkenny and Clonmel. Kilkenny surrendered on terms, as did many other towns like New Ross and Carlow, but Cromwell failed to take Waterford, and at the siege of Clonmel in May 1650 he lost as many as 2,000 men in abortive assaults before the town surrendered. At the Siege of Wexford in October, another massacre took place under confused circumstances. While Cromwell was apparently trying to negotiate surrender terms, some of his soldiers broke into the town, killed 2,000 Irish troops and up to 1,500 civilians, and burned much of the town. No disciplinary actions were ever taken against his forces after this second massacre. The English conquest of Ireland lasted for a further three years after Cromwell's departure.

The campaigns under his successors Henry Ireton and Edmund Ludlow, consisted of long sieges of fortified cities, towns and villages, coupled with guerrilla warfare in the countryside. Galway, the final Catholic-held town, surrendered in April 1652 and the last Irish Catholic troops surrendered in April 1653. In the wake of the conquest, the public practice of Catholicism was banned and Catholic priests were executed. Dreaded Priest-hunters scoured the land in search of those who were still in hiding and collected the bounties placed on their heads when they turned them over to the authorities. All Catholic-owned land was confiscated under the Settlement of Ireland Act of 1652 and given to Scottish and English settlers, England’s financial creditors and Parliamentary soldiers. The remaining Catholic landowners were allocated poorer land in the west of Ireland. During this period, a further series of Penal Laws were passed against Roman Catholics and more of their land was confiscated. Cromwell also led a campaign against the Scottish army between 1650 and 1651. A major problem for Cromwell after the end of the English Civil War, was the fact that most of the soldiers in his armies still had to be paid. With their coffers empty, Parliament had no money to give them, so Cromwell decided to pay them in land. He evicted and then forcibly moved thousands of the remaining Irish families from their homes in Munster and Leinster and resettled them in counties Clare, Galway, Mayo and Roscommon. This province, known as Connaught, was by far the poorest land in Ireland, except for a three-mile-wide strip of land along the coast. This strip, called the 'Mile Line,' was given to Cromwell’s favorite soldiers. The banishment of Catholics to the west of Ireland led to the unpopular phrase, “go to hell or go to Connaught.” In 1652 the newly cleared lands in Munster and Leinster were given to Protestants in what was called the 'Cromwellian Settlement.' There was now no part of Ireland where Catholics owned more than half of the land. When he received news that Charles II had landed in Scotland from exile in France and had been proclaimed King, Cromwell left Ireland from Youghal, Cork, on 26 May 1650, to counter the threat. On 20 April 1653, he dismissed the Rump Parliament by force, and set up an assembly known as the ‘Barebones Parliament,’ before being invited by his fellow leaders to rule as Lord Protector of England, Wales, Scotland and Ireland. As supreme ruler, he maintained an aggressive and effective foreign policy. Oliver Cromwell died from natural causes in 1658 and was buried in Westminster Abbey. Unable to find a suitable successor for the position of Lord Protector, Parliament reinstated the monarchy with Charles II as King, but this time with drastically reduced power. Charles relaxed the anti-Catholic laws that Cromwell had introduced, but didn't make any attempt to reverse the land confiscations that had taken place in Ireland. He had Cromwell's body exhumed, hung, decapitated and the body thrown in a latrine. His head was placed on a stake where it remained until a storm finally dislodged it more than 50 years later.