This winter I was travelling through Mexico -- almost into Guatemala and as far up as the deserts bordering the U.S. The last time I had been down Mexico way was in 2010 when I presented the Irish language documentary "Saol John Riley"  for TG4. That film told the story of John Riley, leader of the "San Patricio Battalion." The St. Patrick Battalion played an integral and tragic role in the Mexican/American War of 1847. They were the victims of what was to be the largest public execution in U.S. history, when 40 of them were hung outside of Mexico City in the last days of the war.

This recent journey had me revisiting sites associated with the San Patricios that I had been to in Mexico City back in 2010, as well as others I hadn't managed to visit back then. The music video below was pieced together with footage from Monterrey, Mexico City, Oaxaca and Chiapas, from my visit this time round. The song 'Na San Patricios' is on my latest album 'Hy Brasil, Songs of the Irish in Latin America.' Its in Irish and was translated from the original English song I wrote, by myself and Séan Ó Garbhí. 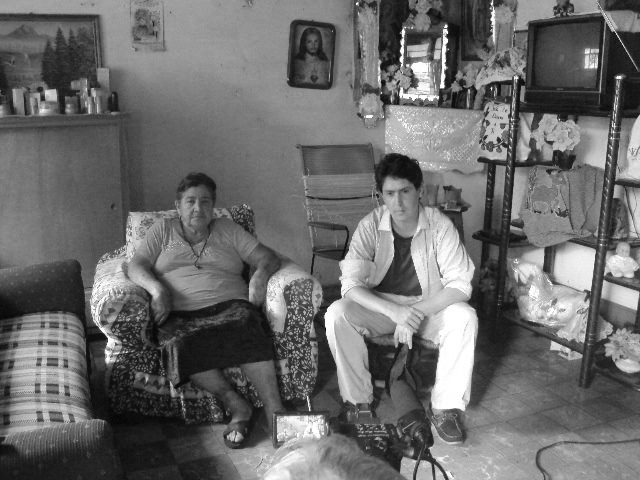 The two images in the blogpost are outtakes from the making of Saol John Riley. The first is in the cathedral of Vera Cruz- where we discovered the death cert of John Riley, who died as a result of drunkenness without receiving the sacrament. He must have been a sorry sight with his hair grown long to cover the two d marks scorched on his cheeks by the U.S. Army. The second photo is of myself and Carlota Jacomé, before we sang our respective songs about the San Patricios to one another. Lá Fhéile Pádraig faoi shéan is faoi mhaise dhíbh! Go gcoinnigh Dia slán sábháilte sibh go léir! Happy St. Patrick's Day and good health to ye all!

Wow, that's so interesting, thank you for sharing.

Remember watching this; absolutely fascinating. Great documentary. More of these are needed.

Glad ye enjoyed it Mary and Liam. I directed another film "A Captain Unafraid" about a Irish-American sea-captain who was involved in the Cuban War of Independence. Its on amazon prime. Heres the U.S. link http://bit.ly/acaptainunafraid

The U.K. link to that is http://bit.ly/acaptainunafraiduk

The distribution company I signed with put it up on amazon, so I'm not certain can you stream if for free in Ireland. It can be bought there for a 3 or 4 euro I'd say though.