Some historians have been obliged to play down Michael Collin’s fiancé, Kitty Kiernan, in order to support their theories about his death.  However, Ms Kiernan merits a few choice words on her own account.  ( Below is an excerpt from the book "The Assassination of Michael Collins: What Happened at Béal na mBláth?"  www.amazon.com/dp/1493784714):

“There is no basis for the erroneous characterization of Ms Kiernan as politically naïve...  Writers seem to have presumed on the fact that … Ms Kiernan was merely the proprietor of a small hotel and shops, in a modest country town, in rural Ireland; her name unknown to the public, outside of her relationship with Collins.  Collins biographers seem to have written off Ms Kiernan as clueless and useless politically, on this basis alone. 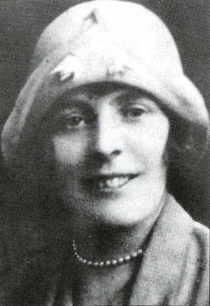 Clearly Collins did not think so; as an attentive reading of their letters illustrates. Such an assumption does not demonstrate adequate acquaintance with their correspondence, with her education, her family’s prominent, albeit secret role in the War of Independence; nor with the level of political sophistication general among Irish people of her time, place, class and social standing. On the contrary, as muse, hostess, networker, companion and confidante, the Kiernan sisters and their hotel may be called the Irish nationalist counterparts, of a London lady’s political salon.  With Ms Kiernan, Collins could feel secure that he was not confiding in a British agent: the Kiernan hotel had been a key safe house for Volunteers throughout the War of Independence. In their correspondence, she and Collins frequently discussed the political situation; of which she demonstrated a keen grasp, often providing insight and encouragement. The C-in-C, for his part, explicitly declared that Kitty was more and more necessary to him in these stressful days, and that “there’s no one like you.”

Ms Kiernan came from precisely the same sort of background as he: a traditional Irish farming family, hard-working, upwardly mobile,  successful in business and adaptable to town life. Both were products of a progressive, republican education. Both were ambitious, modern and stylish. In Collins’ world, Ms Kiernan was an elegant lady, and the female of his own species.”

All other e-reader formats:
www.smashwords.com/books/view/433954

Or ask at your local book shop