Capes, Shawls and The Timeless Charm of Heritage Fashion 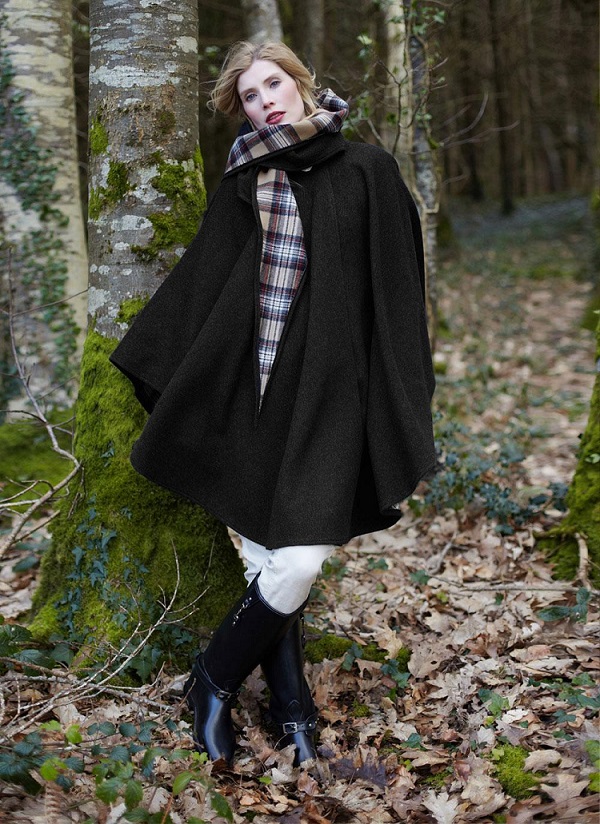 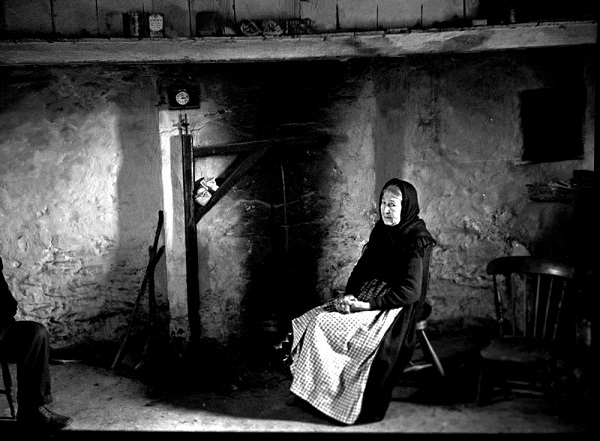 Ireland’s rich cultural history and heritage is communicated through its ‘history of fashion’…The simple colour or texture of an outfit could hint at the location of the wearer’s hometown, or even indicate an individual’s exact social position.

As an Irish design house focusing on heritage styles and artisan fashion, Blarney Woollen Mills maintains strong links with the past.

Our designs, our inspiration and unique sense of style are all shaped by our solid respect for Ireland’s substantial artisan tradition – we remain true to the centuries’ old ‘cottage skills’ that have helped shape our national textiles heritage.

Based in Blarney since 1823, we have an intuitive awareness of Irish culture and tradition. In fact, we believe that the very essence of our brand is firmly rooted in a sense of affinity with all those who have knitted and stitched gorgeous woollen garments in Ireland over the centuries.

Our humble origins as a local family-run woollen mills has not been forgotten. We constantly look to the past when creating new collections; we fuse the traditional and the contemporary; we believe that the type of lasting wool-rich garments that our ancestors would have worn are always a cut-above the trend for synthetic fibres and the ‘throw-away’ approach of ‘fast fashion’. 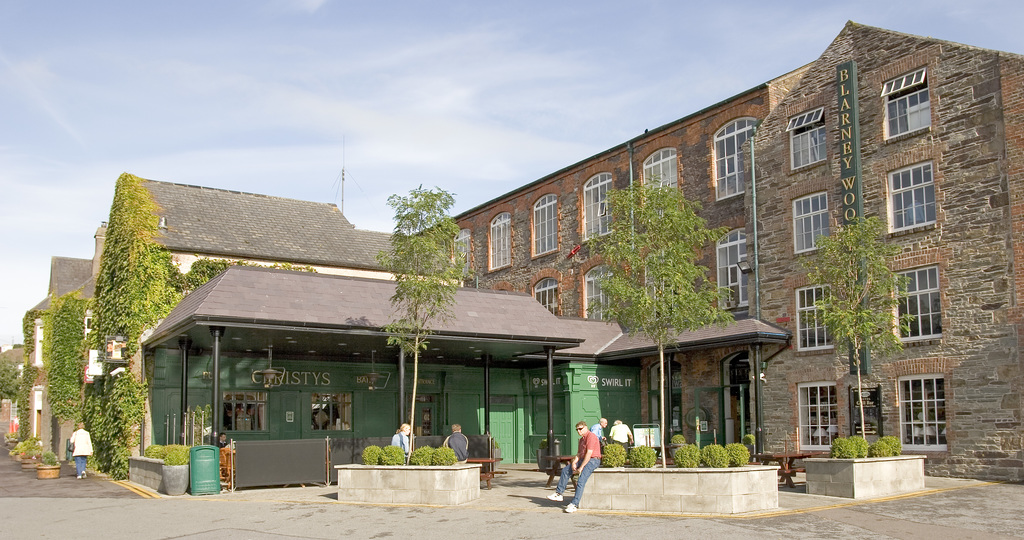 In contrast to today’s concept of dressing as an expression of ‘the self’, our ancestors’ style choices were largely shaped by the customs and culture of the society they were born in to.

For present-day ‘fashionistas’, this scenario would seem like a painfully stiflingly arrangement; anyone who truly adores fashion, would be appalled by the societal and cultural restrictions that our ancestors were normally compelled to adhere to!

Nonetheless, there’s a certain romanticism associated with traditional dress. The iconic imagery of rural Irish life recorded in The National Library of Ireland’s early photography collections, along with the true-to-life paintings and sketches found in the archives of The National Gallery of Ireland, provide us with some of the most beautiful and remarkable illustrations of Irish country life.

Plus, delving beyond the gorgeous visual surface of these rustic portraits, there’s an extra layer of meaning.

Globally, traditional costume as an indicator of social, marital or religious status is a common theme. Whether you look at traditional culture in Latin America, Africa, Asia or Europe, the notion of traditional dress as a repository of cultural significance is universal. From the colourful national costumes found in Chile and Argentina, to the cheerful embroidery and embellishments of folk dress found in the Nordic countries, there is much to admire, but also much to learn. It’s no surprise then that the same applies to Ireland’s fashion heritage. For example, beyond the iconic imagery of every portrait of Irish rural life in the 1800s, there lies a deeper meaning waiting to be uncovered.

With this in mind, it seems fitting to take a look at some of the customs and traditions that are, in particular, associated with Irish dress. The cape, the shawl, the traditional blanket-style wrap… here at Blarney Woollen Mills, we’re well aware of the enduring allure and timeless charm of our uniquely Irish fashion heritage!

There’s something beautifully mysterious about the classic Irish cape.

It’s an exquisite outer garment and beyond rival when it comes to feel instantly more elegant – who wouldn’t want to announce their arrival with the gorgeously dramatic swoosh of a cape or cloak….??!

Various interpretations of the Irish cape or cloak have been associated both with the Celts and the Vikings. Made with wool or linen and sometimes brightly-coloured, Celtic-era cloaks were usually simple rectangular garments. Their outward simplicity was, however, deceptive. A wealth of meaning was expressed through the use of colour and textiles – the fabric and vibrancy of the cloak could reveal the wearer’s occupation or societal status. Pins and brooches (often ornate, again depending on status) were frequently used to keep the cloak in place.

Viking cloaks and capes were also sometimes worn with a pin or brooch, but could alternately be gathered together at the waist with a belt. They were draped over simple tunics – normally, historians believe, made of linen.

However, far from being consigned to the pages of fashion history, capes and cloaks have also enjoyed prominence and popularity during living memory.

The enduring appeal of capes and cloaks resurfaced in the 1960s and 1970s, when the garment became an incredibly popular outer layer for women attending formal evening events. Some of the most glamourous evening events held in Dublin, Cork and elsewhere in Ireland during the 1960s and 1970s were brimming with stylish women arriving in exquisite evening gowns, shielded from the night time cold by ankle-length cloaks and capes. For extra style credential, a beguiling hooded cape or cloak was worn.

What’s more, one of Ireland’s most preeminent couples had a strong association with the cape. Dr Maeve Hillery was frequently seen wearing caped coats, most visibly during the visit of US President Reagan in 1984. Plus, it’s often said that President Patrick Hillery wore a shoulder cape for an added sense of distinction and gravitas.

The typical nineteenth Century portrait of rural Ireland is nearly sure to contain a thatched cottage with an Irish countrywoman positioned at the front door. More than likely, the rural dweller will be wrapped in a thick woven, knitted or crocheted shawl; bundled up, shielding herself from the cold wind. This iconic imagery, these scenes of ordinary rural life, have captured the imaginations of artists, playwrights and poets for centuries. Paul Henry, Lady Augusta Gregory and John Millington Synge all depicted the romantic, yet often harsh, realities of Irish country life. For them, the landscape and the people of ‘vanishing Ireland’ provided vision, inspiration and motivation for their creative energies. 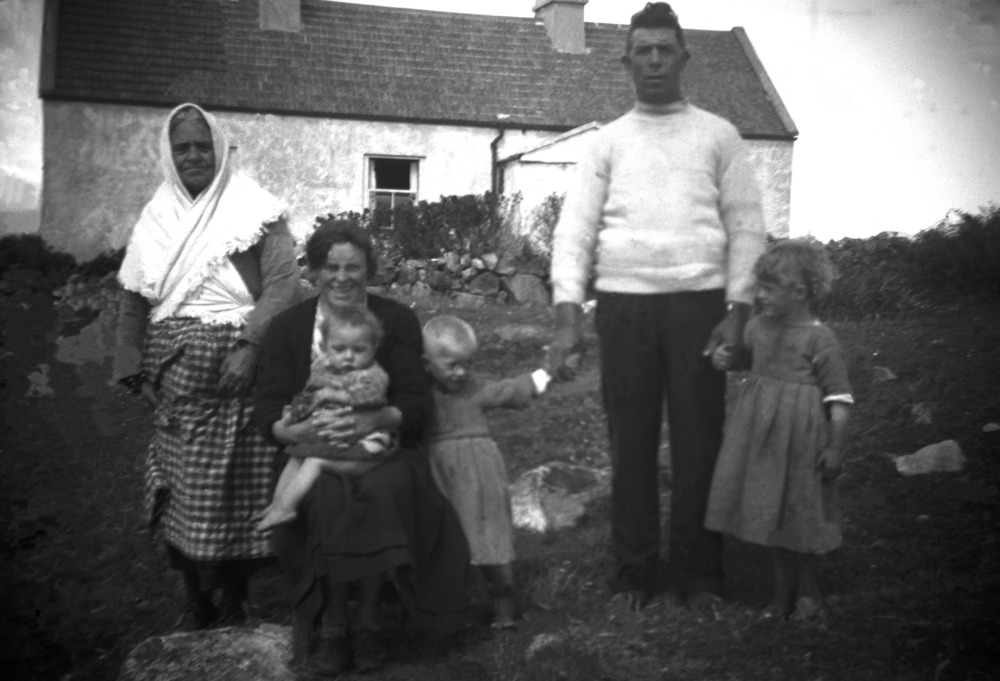 There is a unique stark beauty to the simplicity of much of the archived imagery of the West of Ireland. However, it’s important to remember that, with the exception of some of Paul Henry’s paintings that are infused with splashes of striking blue and purple tones, much of the archived monochrome photography and sketches of rural Irish life depict quite drab, flat scenes.

The black and white photos from the late nineteenth and early twentieth Centuries, for example, will never be able to accurately illustrate the vibrancy of the real life scenes that they attempt to record. 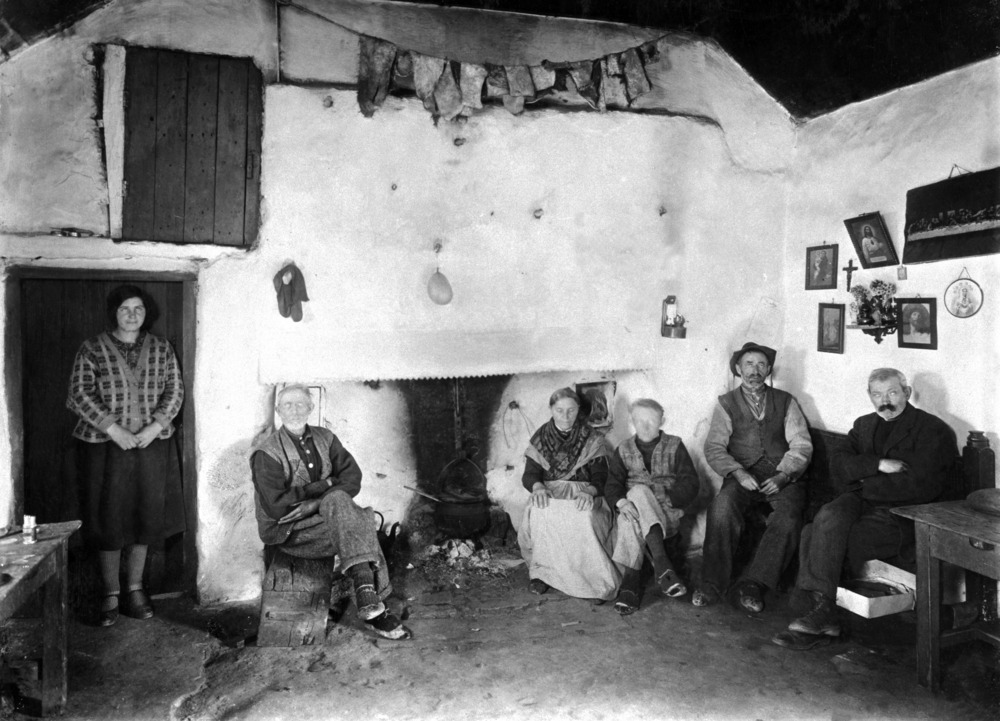 Day-to-day rural life in Ireland during this period may have been harsh in many respects; in terms of traditional clothing, however, there was an apparent sense of joy. A glimpse at some of the traditional shawls worn in Inis Meáin, demonstrate how truly important colour was in the lives of rural Irish communities. Red petticoats and plaid shawls were quite often the norm; In fact, red was a key tone – red wool was frequently knitted or woven with grey and white colour accents ensuring that island textiles were infused with a cheery dash of vitality. 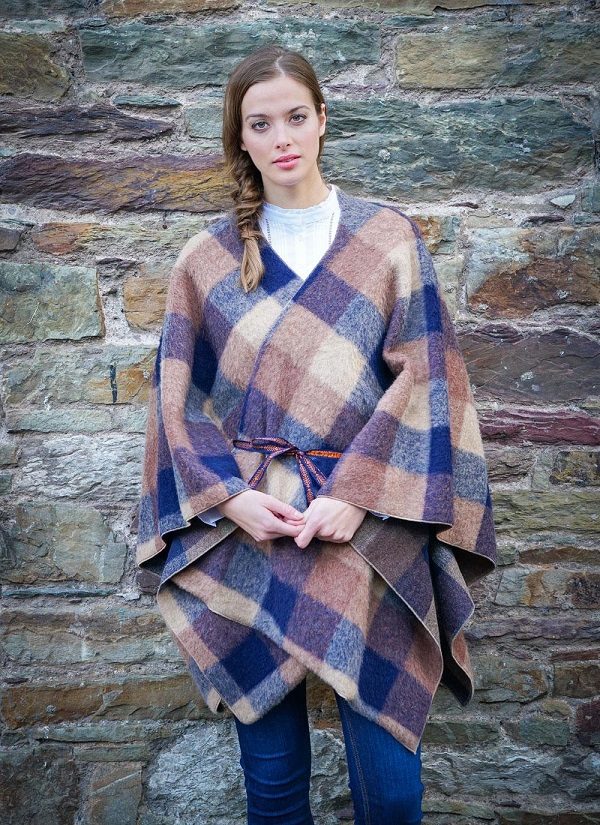 Today, the very coolest members of the ‘front row’ fashion set may tend to turn to grey and black tones as their ‘go-to’ colour choices.

Stylish does not, however, need to equate to dull.

When next faced with a baffling ‘what-to-wear’ moment, why not take a leaf out of the Aran woman’s ‘style guide’? While their lives were undeniably tough in many respects, perhaps the women of the Aran Islands knew that the simple pleasures in life are the ones that we truly need to treasure.

So, if ‘nothing-to-wear’ syndrome is getting you down (or you just feel as though your life is in need of a little dose of pick-me-up colour and cheeriness), it might be an idea to think like a stoic Aran woman – throw an exuberant red, plaid or multi-coloured shawl around your shoulders and shake off any sense of lingering everyday dullness!

Learn more about the history of Blarney Woollen Mills here.

Love the history and the fashions! Wonderful!

I have been knitting Aran jumpers /Cardigan  all my life...I can now make up a pattern in my head , without following an instruction...... My grand-mother taught me well ... Love our Irish garments