The Irish Cultural Society will give cash awards to thirty five students who wrote winning contributions in its writing contest.  The awards ceremony will be held at the Garden City Library (across the street from the Garden City Hotel) on Wednesday, May 1, 2013 at 7:30 p.m.  At the meeting, three prize winning papers will be dramatized.   An expected outcome of the meeting is that the audience will come to know that good teachers are more successful than most people know in eliciting extraordinary work from our young people. 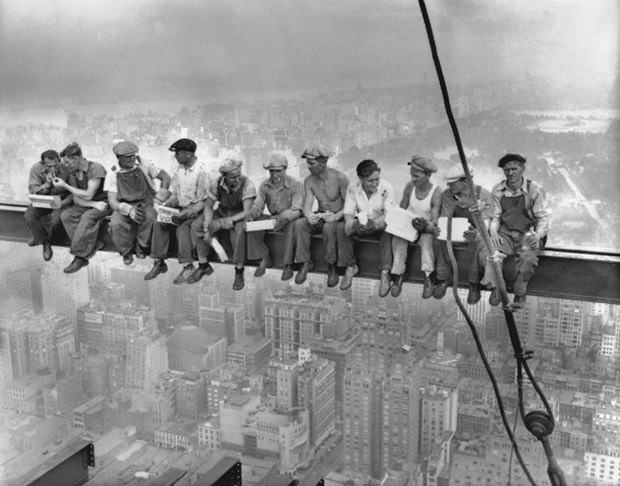 For the 2013 writing challenge, students in the Nassau County, NY high schools were asked to use the iconic photograph of eleven men having lunch on a steel girder during the construction of Rockefeller Center as a springboard for imaginative writing.  The photograph is often called “Lunch atop a Skyscraper,” but also “Men at Lunch.”  A recent documentary about the photograph identified at two of the men as Irish immigrants.  The writers were required to make at least two of the iron workers Irish.  The contest entrant was asked to create a personality for one of the Irish men who would introduce himself and the other ten men.  The student entries reflected the diversity of the immigrant and native American labor force which built America.

The Society’s web site also contained a “Helpful Hints” section with suggestions to the contestants about how to research and write the story.

The Society has been sponsoring a writing contest for twenty-nine years.   Every entrant will receive a Certificate of Merit mailed to the student’s sponsoring teacher.  The library of the schools which have an entry into the contest will receive a copy of Erin’s Daughters in America by Hasia Diner in appreciation of the role libraries play in promoting literacy.

The Society received 521 entries into the contest.  Eighteen schools sent entries from thirty-one teachers.   The papers of the five top prize recipients are on the Society’s web site, www.irish-society.org.