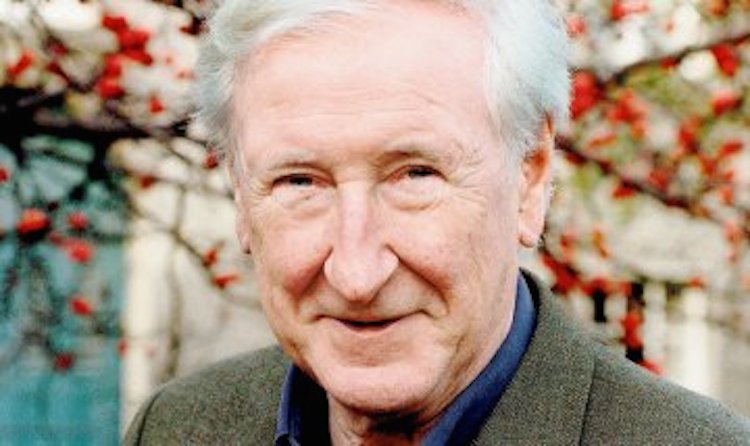 John Montague is one of Ireland’s best known contemporary poets. He is the author of many books of poetry, stories, memoirs and essays. In his work Ireland is a recurring theme and in many of his poems he draws on his experiences as a young boy in Tyrone (for example, in The Trout). Other themes include the history and politics of the country. A good example of this can be found in his poem A Response To Omagh, where he reacts to the violence that occurred in Omagh, brought on by political unrest.

John Montague was born on 28 February, 1929 in Brooklyn, New York. He was the son of James Montague, an Ulster Catholic from County Tyrone, and Molly Carney, who played very little part in his life after his birth, due to illness. His parents emigrated to New York after having been involved in Republican activities. James Montague had hoped to benefit from the American dream, a common fantasy among people of that time. However, when Molly followed him to America with their first two sons, all James could provide was a home in the slums of Brooklyn.

John had a typical childhood in Brooklyn, playing with coins on the rail lines and seeing early Mickey Mouse films. However, because of the economic depression and the fact that his parents’ marriage was disintegrating, at the age of four he was shipped back home to the family farm in Tyrone, where he was fostered by his father’s two unmarried sisters.

In 1936, his mother left his father and returned to Ulster. However, as she was still ill, Montague continued to live with his aunts. This lack of relationship with his mother led to him developing a stammer later in life, after a school teacher helped him uncover the hurt brought on by this desertion. Luckily, the switch from city kid in Brooklyn to country village boy in Ulster benefitted the young John Montague and he found his time on the farm helpful and healing. With the help of his imagination he adapted to life on the farm, which doubled up as the local post office. He came to know the locals very well and this knowledge came to influence poems such as Like Dolmens Round My Childhood, in which he describes some of the gossiping locals.

He attended Garvaghey national school, followed by an austere boarding school in Armagh run by stern priests. While there, he learned about the long tradition of Irish poetry from an influential teacher. He went on to study English and history in University College Dublin and obtained his degree in 1946, but found Dublin to be behind the times, with an atmosphere controlled by the clergy. So he decided to continue his education in America. He returned to America in 1953, spending a year at Yale University, a summer at Indiana University and a year in the University of Iowa Writer’s Workshop where he received a Master of Fine Arts degree in 1955. It was there he met Madeleine de Brauer, and they were later married in her native France before moving to Dublin. There he worked in the Irish Tourist Office, while also composing his first book of poems, Poisoned Lands, published in 1961.

In 1961 he moved to Paris to a small studio block, close to Samuel Beckett, whom he had met and become friendly with. He worked as the Paris correspondent for The Irish Times for three years. However, when the married couple moved back to the United States, where John lectured for a living, they grew apart. Their careers required them to be in separate cities, contributing to the failure of their marriage.

In 1972 he returned to Ireland to teach in University College Cork, accompanied by his second wife, Evelyn Robson. They had two daughters together, Sybil and Oonagh. However, after nearly two decades together, Montague and Evelyn divorced. He now spreads his time between France and West Cork with his third wife, Elizabeth Wassell, whom he met in 1992.

John Montague is the author of numerous poetry collections and has also worked as an editor for anthologies of work for other poets. He has received many awards for his work, including the Irish American Cultural Institutes Award for Literature and a Guggenheim fellowship.