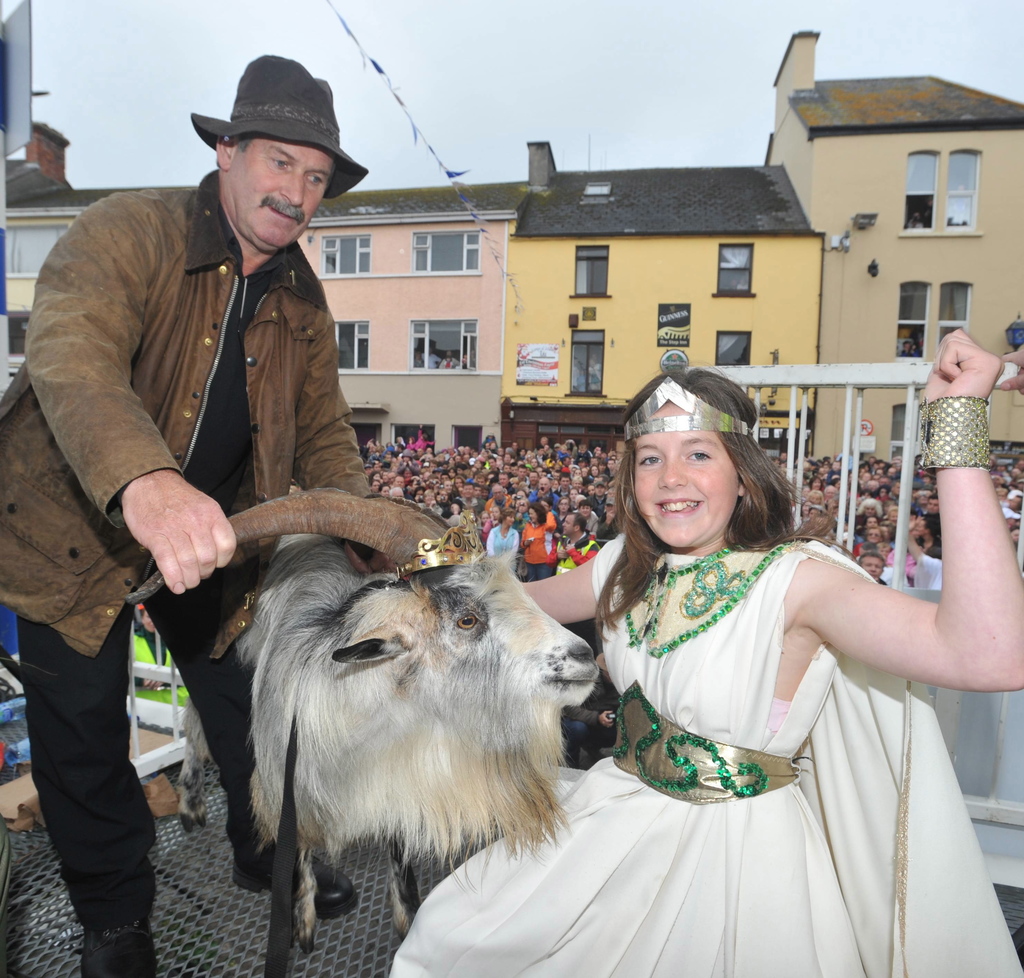 It was thirty-three years ago this week that I made my first trip to Ireland. I planned it to coincide with the Puck Fair, one of the largest fairs in Ireland that takes place annually August 10-12 in Killorglin, in the great Kingdom of Kerry. From a nostalgic point-of-view, my mother often told me that her mother, Minnie O’Sullivan of Bounard, Rathmore, said she went as a girl. Maybe, maybe not, but being fond of Irish family mythology, we trekked to Killorglin to witness some of the festivities, most of which involve King Puck, the great male goat that presides over the festivities. The fair is bound up with pre-Christian rites of harvest and fertility, but most agree that there’s been a Puck Fair in many different guises since those time-shrouded days.

In modern times, historical records show that a local landowner, Jenkin Conway, received a royal patent in 1613 to “hold a fair in Killorglin on Lammas Day and the Day after.” Others say that King Puck was only introduced to the fair in 1808, when a local landlord who was forbidden to levy tolls at cattle, horse, or sheep fairs, hit upon an enterprising idea of holding a goat fair in order to collect his toll money. Another bit of history suggests that a troop of Cromwellian Roundheads routed a herd of goats, which obligingly stampeded in the direction of Killorglin warning the inhabitants of the approaching army. Soon after, the grateful villagers installed King Puck at the fair in honor of the goats that saved the town.

While the fair has grown to become one of the largest in modern Ireland, it still follows its ancient pattern: Day one is “Gathering Day,” when the puck is paraded through the town before being installed as king on a lofty platform over the town’s market square. Day two is “Fair Day,” when the business of buying and selling livestock takes place, and the last day, “Scattering Day,” sees the goat released with great ceremony and celebration at sunset. In between, there’s music, dancing, games and rides for children, and food and drink are on offer until the wee hours of the morning. Great craic all around! Love it! I'm sure the crowds are much bigger than they were in 1984!