All Souls Night. A time of bonfires bursting to life beneath a cloudy sky. The grass wet from late Autumn mists that tumble haphazardly down the mountainsides as if driven by reckless celestial abandon. The soft moan of wind as it rushes through the caverns and craggy hills, meeting the water trickling into emerald abyss gilded by the touch of death that turns all green things gold.

It can be a very solitary feeling, facing Death and all its agents. With Death comes an associative feeling of fear; one of dread and cumbersome burden. There is a trepidation that puts down the heads of those who'd normally look up; keeping their nose quite literally to the grind so that when Death comes, it's expected, but still, somehow, a surprise -- because in immersing oneself in the physical world, we have a tendency as a people to lose sight of what lies beyond. What feeds the body will not necessarily feed the spirit, and while life's necessities [shelter, food, the insustainability of bills] must be taken care of, it is important to tend one's own personal hearth for creativity to nurture the spirit.

We burn so much oil in trying to sacrifice ourselves for the sake of our mundane lives. We, for the most part, wind up moving in a maze of gray concrete and spire-traps of steel. A blue sky can't be found with a cinderblock ceiling hanging overhead, seemingly coming ever nearer with each passing day.

All souls does mean all souls. In certain Wiccan traditions [as taught by our lovely visitor Simone], there are three souls, another parallel to the Celtic variation of the focus in threes. This can also be translated to, of course, Father, Son, and Holy Ghost if that's the direction your faith takes. But in this circumstance, there are three worlds working in tandem with one another to create a balance or flow of energy. And that energy can be felt in the solitude of prayer [shamanic work, for example, is very singular--a sojourn of its own], in a moment of meditative reflection, or on a quiet stroll.

Whilst walking by myself through the valleys under the watchful dark eye of Diarmuid and Gráinne's cave, I found myself not experiencing the solemnity and seriousness of a grim and structured life, but a raw and indescribable power of openness and belonging. One can feel so small; lost in a sea of other people and noises and things, just trying to swim upstream. Or, worse, falling in line with the school of other fishes trying to figure out how to get where they needed to go and look impressive whilst doing so.

This was much less like feeling insignificant, and more like feeling as though I was a part of something greater. That I fell into place, provided I stayed on the path and looked for signs [for example: I tried to photograph some set-back ruins and found myself pushed back not once, not twice, but three times by various forces of nature (mud, trees, and stone) -- at which point I gave up, said, "alright, sorry" and walked back onto the trail]. The valley felt lived in, not only by the sheep and their keepers, but by the stones and trees themselves, with a constant artery of water flowing down the mountain and into the heart of the valley, which spilled forth an abundance of conifers. A patchwork world of jade and jungle greens stitched itself into a sky of briefest turquoise etched with silver and gold. A sundog came out to play amongst the clouds surrounding the sun, and all seemed to breathe a deep and relieved sigh: like the Earth itself was rejoicing in its own supposed death. Death is nothing to fear. Simone, our shaman guide of the evening, mentioned it in her teachings as a separation of the human mind from the spiritual: a modernity cultivated to further isolate people from cultural traditions such as respecting the dead and giving thanks to the spirits beyond the veil. Hand in hand with this, our hostess at the lovely Yeats Lodge; Geraldine, echoed O'Donahue with emphasis on the subject regarding one of the greatest sins being the unlived life. There was a local man who waited until he retired to do what he loved; to make music, and waited too long--it's life that gets in the way, not death, and we have but one life until we pass on--it is a shame to limit it with fear & false barriers.

False barriers are a common thread found here in Ireland as well as the rest of the world. There is a societal embarrassment; a shame when it comes to expressing oneself through the old ways and traditions. Young people especially are at odds with carrying on the cultures of their parents and family, as technology and commerce threaten to extinguish the delicate flame of traditional passions. Geraldine knows all about the rhythm of the universe, and how people seem to be thrown out of it by the simple nature of commerce and capitalizing on productivity. She herself works as a cosmic cog in the realm of hospitality, yet somehow finds (no--makes) the time to create magnificent art and ponder the way the world works. She is of a dual nature, just as the seasons are--one of logical psychology and a loving, artistic heart.

In this, we can find a connection to the duality of the Celtic year -- its four gateways to the seasons being emphasized by three [the Maiden, the Mother, and the Crone], and then two: Summer and Winter. Summer brings heat and excitement and wildness with sidhe emissaries to accompany the Mother. Counter to this, the arrival of Winter brings a different type of sidhe; frost, storms, and silence with the Crone.

But surprisingly enough, it brings with it a darkness the Celts did not fear.

In duality, there is the ability to find the good with any bad. This is another reflection of the truly Irish spirit. In darkness, good things can grow: the womb, the seeds in the Earth...at all times it is believed Winter is preparing for Spring by gestating the world; incubating it in hibernation for the greater good. The crone is wise. She knows what she's doing. There was optimism in the darkest time of the year, and still ought to be: Spring will come back. All things are cyclical. Life itself is a constant exchange of energy and acceptance of movement. But we as a people must respect Winter, and welcome each season equally. All things deserve their due.

Duality can be found in the four elements -- particularly in fire and water. Both are cleansing, both are mutually used in prayer and sacrifice. Fire is a cauterizing force, a clearer of forests and a burnt offering for release. Water is a washer of sins, a curing of inner ailments, and a nurturer of the ground. Each work in harmony with the other, and provide a balance visualized, for example, in a Tarot card: the Card of Temperance, or the ability to find balance within oneself.
Along a similar line, the Tarot of Death [as I might've mentioned in an earlier piece] is an item of change, not ending. So as the world begins to dip into the dark and cold and quiet, do not be afraid. Lift the veil from your own eyes; this veil of electricity and smog and disillusionment, and take a moment to assess the changing landscape. Assess your own changing landscape, as you age and shift with the stones beneath your feet. As you breathe in the morning air and allow the sunlight to touch you. Set fire to the idea that you are of one mind, one spirit.

You are the souls of everyone who came before you, stacks upon stacks of genetic echoes singing you into existence. Less poetically, you are not alone -- but sometimes it's nice to step back and sever yourself from the mortal coil. To float away from it all to some soft, dusky place of tranquility, where the Apple Lady waits to guide you to the spirit world, when the veil is thin and the drumming of your own heart steady with near-sleep.

Before you can find anyone else, you must first find yourself. And you cannot necessarily find yourself in a raging sea of clamorous people. Belief and faith are your dual guides.

The journey starts within. 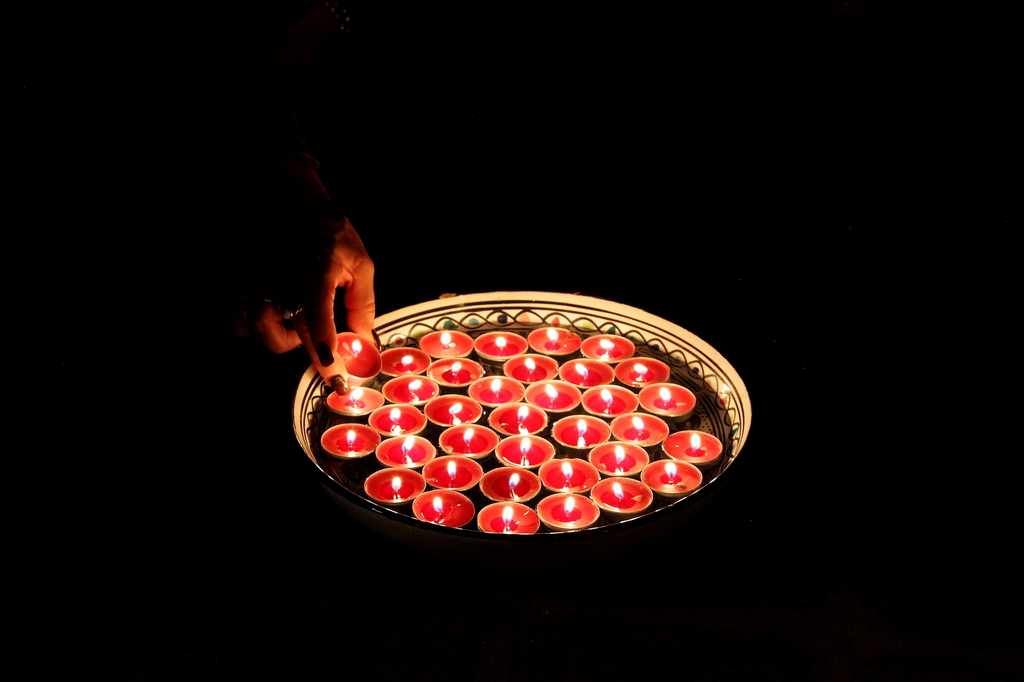 This was an absolutely fantastic article, thank you for writing it!

We have been so blessed to have had Nicole (Sam) with us and are so delighted with her 7 essays! We hope the Wild Geese promotes these articles. They come from the deepest place of Ireland.

Stylish, mystical and piquant. A sheer pleasure to read. Thank you Nicole.