Each year, on September 12, Mexico pays tribute to the San Patricios at San Jacinto Plaza.in Mexico City. A Memorial Plaque was installed back in 1959 on the wall facing the plaza. The plaque was designed by Lorenzo Rafael, son of Patricio Cox, who wrote the first book, a novel in Spanish, about the San Patricios. The escutcheon at the top of the plaque depicts a Celtic cross protected by the outstretched wings of the Aztec eagle. The inscription on the plaque reads: "In memory of the Irish soldiers of the heroic San Patricio Battalion, martyrs who gave their lives for the cause of Mexico during the unjust US invasion of 1847". At the bottom of the plaque another inscription reads: "With the gratitude of Mexico, 112 years after their holocaust". The San Patricios were a Battalion in the Mexican Army made up of Irish and German Immigrants that deserted from the American Armed Forces to fight on the Mexican side. In those days the Irish immigrants were heavily persecuted for being Catholic. While fighting on the U.S. side they witnessed atrocities like rape, plunder and desecration of Catholic churches in Texas this is why many eventually deserted.

Not all the San Patricios were deserters from the U..S army. Their number also included Irish and other Europeans already settled in Mexico, and some historians use Mexican army records as a basis to state that the majority were not deserters. The San Patricios did, however, have a distinctly Irish identity since their name-sake, St. Patrick, is the patron saint of the Irish people. The groups banner displayed an Irish harp surrounded by the Mexican coat-of-arms with a scroll reading, Freedom for the Mexican Republic and underneath the harp was the motto in Gaelic "Erin go Brágh" (Ireland for Ever).

On the other side of the banner Saint Patrick was depicted holding a pastoral staff resting on a serpent. 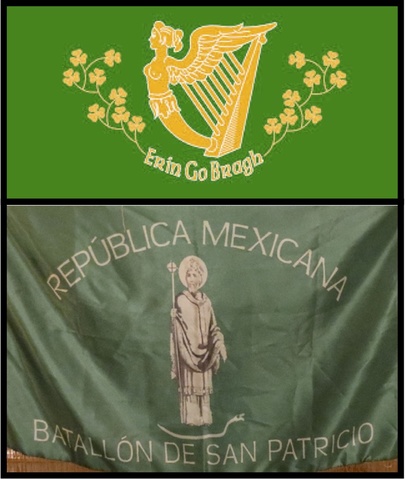 In June 1847, Santa Anna created a foreign legion as part of the Mexican army, and the San Patricios were transferred from the artillery branch to the infantry and merged into the Foreign Legion. They then became known as the First and Second Militia Infantry Companies of San Patricio. Colonel Francisco R. Moreno was made commander, with Captain John O'Reilly in charge of the First Company and Captain Santiago 0'Leary of the Second. The companies were also referred to as "The Foreign Legion of San Patricio".

As members of the Mexican Army, they served with distinction, fighting fiercely. Captain John Riley, a Galway man, led this band of soldiers. There were two major battles in the year 1847 for which they are most remembered, the Battle of Buena Vista (near Saltillo) on February 23-24 and the battle at the convent of Churubusco on the outskirts of Mexico City on August 19-20.

After Churubusco, eighty-four San Patricios were captured by General Winfield Scott's Army. Swift courts-martial led to the execution by hanging of fifty men, reduced charges for fifteen and the pardoning of five. On 10 September 1847, 16 of the condemned San Patricios were hanged at the San Jacinto Plaza, San Ángel, and 14 others received 59 lashes on their bare backs. At the San Ángel hangings all prisoners were executed without incident except for Patrick Dalton, who, as an American captain described, was "literally choked to death".Dalton had previously voiced concerns regarding his treatment.

By order of Gen. Winfield Scott, 30 San Patricios were to be executed at Chapultepec in full view of the two armies who had fought there, at the precise moment that the flag of the U.S. replaced the flag of Mexico atop the citadel.

This order was carried out by Col. William Harney. One of those hung at Chapultapec, Francis O'Connor, had just the day prior had both legs amputated. When the army surgeon informed the colonel that the absent soldier had lost both his legs in battle, Harney replied "Bring the damned son of a bitch out! My order was to hang 30 and by God I'll do it!"

The U.S. flag appeared on the flagpole at 9.30 a.m. The Mexican flag had been taken, according to legend, by cadet Juan Escutia to his death after leaping with it from Chapultepec Castle to deny the Americans the honor of capturing it. In a final act of defiance, the men about to be hanged cheered the Mexican flag, as one onlooker remarked; "Hands tied, feet tied, their voices still free".

The Mexican government described the hangings as “a cruel death or horrible torments, improper in a civilized age, and [ironic] for a people who aspire to the title of illustrious and humane”,

Michael Hogan, a New Wild Geese Member, authored Irish Soldiers of Mexico, a detailed, well-documented account of the heroic defence of the "convento" (monastery) at Churubusco when it was attacked by the invading US forces on 20 August 1847.

Thrilling narrative, the story of San Patricios, and I often find it hard to square my patriotism with the unjust, cruel and often rapacious conduct of the army of my country, in this instance, in the Plains, in the Philippines and perhaps elsewhere that isn't coming to mind.

It should be noted that the many if not all of the Germans were also Catholics and suffered similar persecution in the era of the anti-immigrant "Know-Nothing" Party in the US.

The Fenians, an Irish-American band from Orange County, wrote a song about this.  You should give it a listen.

The Chieftains released an album for the San Patricios...

Not only in Mexico City, but in Monterrey, the city where the brigade first fight, this is the model of the bust. 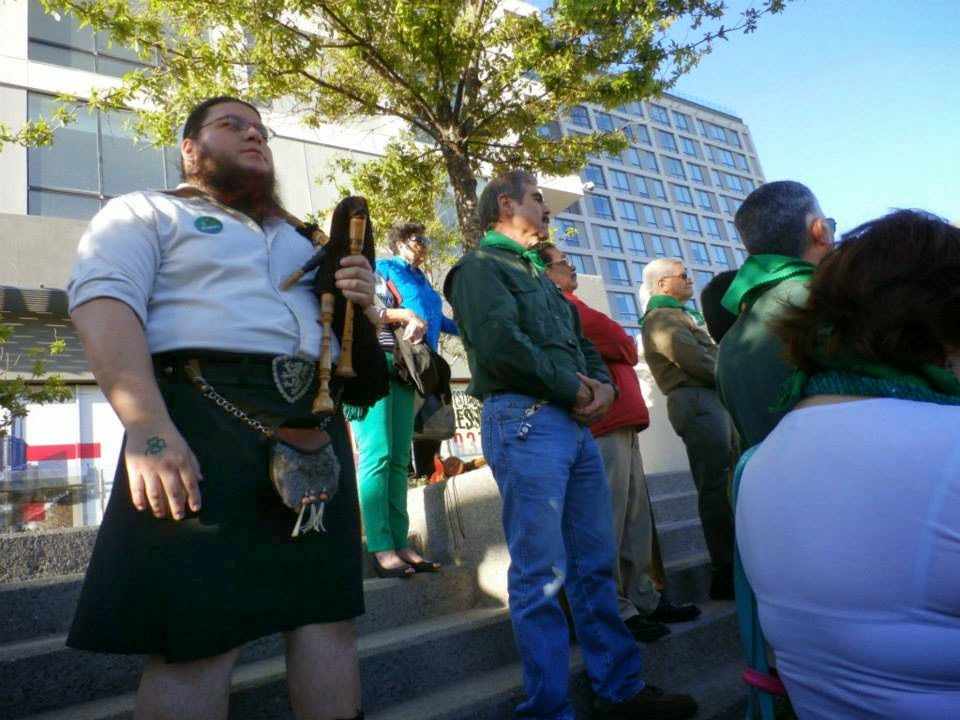 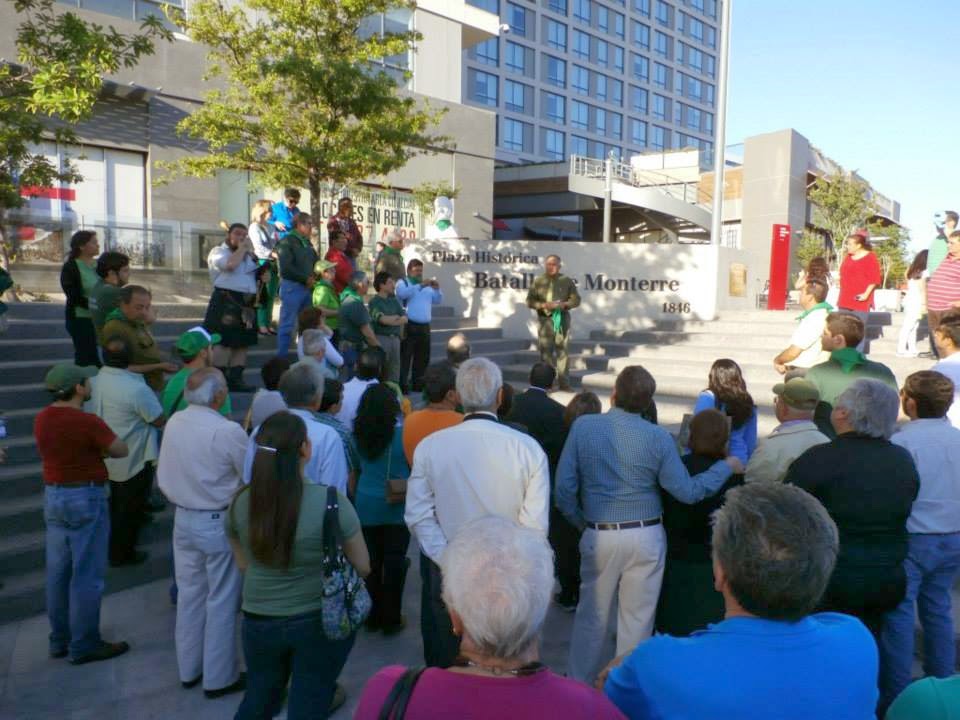