Every April 23 we remember with great pride another in the long line of Irishmen who despite all the odds stacked against them, nevertheless decided to take a stand against an oppressive enemy. So set aside a little time today and read his fascinating full story at the link at the end of this article.

The Battle of Clontarf took place on April 23, 1014, near the River Tolka. An Irish army led by Brian Boru, High King of Ireland, fought against a Norse-Irish alliance comprising the forces of Sigtrygg Silkbeard, King of Dublin; Máel Mórda mac Murchada, King of Leinster; and a Viking army led by Sigurd, of Orkney; and Brodir of the Isle of Man. It lasted from sunrise to sunset and ended in a rout of the Viking and Leinster forces. 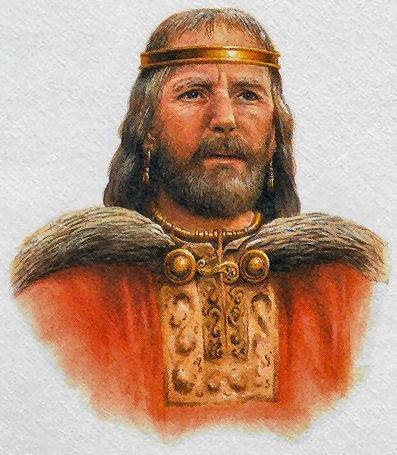 It is estimated that between 7,000 and 10,000 men were killed in the battle. Although Boru's forces were victorious, Brian himself was killed, along with his son Murchad and his grandson Toirdelbach. The King of Leinster, Máel Mórda, and Viking leaders Sigurd and Brodir were also slain. After the battle, the Vikings and the Kingdom of Dublin were reduced to a secondary power. Brian's family was temporarily ousted, and there was no undisputed High King of Ireland until the late 12th century.

The battle was an important event in Irish history and is recorded in both Irish and Norse chronicles. In Ireland, the battle came to be seen as an event that freed the Irish from foreign domination, and Brian was hailed as a national hero. This view was especially popular during English rule in Ireland. Although the battle has come to be viewed in a more critical light, it still has a hold on the popular imagination. After 1014, the Vikings continued to raid and plunder England and other areas of Europe and had a base on the Isle of Man. They returned in overwhelming force in 1170 in the guise of the Normans who were the descendants of the Vikings or the 'Northmen' as they were called. and as they say, the rest is history.

© John A. Brennan 2021. All Rights Reserved.https://www.amazon.com/author/johnabrennan

Wrote a comment but it did not send .thank you

Shocking loss of life during this period..Interesting read  which makes you want to read more of this era.,Thank you