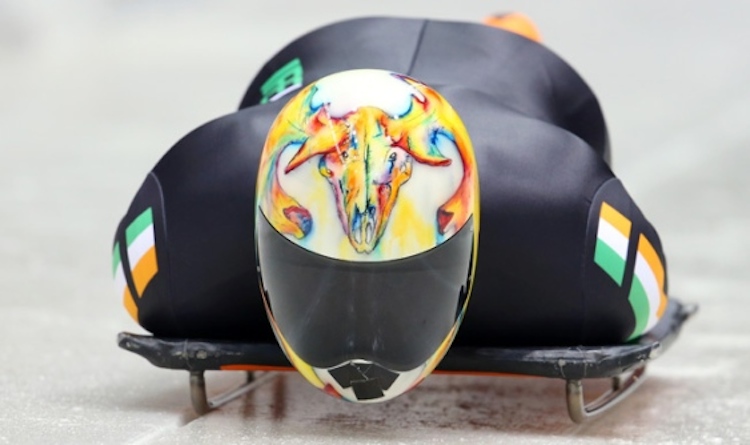 Today in southern Russia, Irish-Canadian Sean Greenwood will be sliding head-first down an iced-over track at speeds exceeding 80 miles per hour.  Sean is from the Vancouver area of British Columbia, Canada, but he's competing for Ireland in the 2014 Winter Olympic Games in Sochi.  Greenwood's mother was born and raised in Galway City, having immigrated to Canada in the early 1980s.  Sean is eligible to compete for Ireland by virtue of his mother's Irish birth.

He's not expected to contend for a medal in this his first Olympics, but the fact that he qualified to compete in the Olympic games at all is really an amazing feat.  Sean is largely self-funded, and only recently began working with Canadian Olympic silver medalist, Jeff Pain, who sees great talent in this relatively unexperienced skeleton racer.  Greenwood is currently ranked a respectable 27th in the FIBT (International Bobsleigh and Skeleton Federation), and has his hopes set on making the final rounds of the competition in Sochi.

* Update: Unfortunately, Sean Greenwood crashed in his second round run, and he did not qualify for rounds three and four.  Thankfully he appeared to be fine physically.  I say "maith thú, a Sheain!" (well done, Sean!)  It may not have ended like he (and we) had hoped, but we can be proud of his love for his ancestral homeland and his qualification for the Olympic Games on behalf of Ireland -- no small feat by any measure.  Best of luck to Sean as he continues to compete, and we'll hope to see him again in the 2018 games in South Korea.  He's certainly gained a fan in me, and I'll be following his results from here on out. 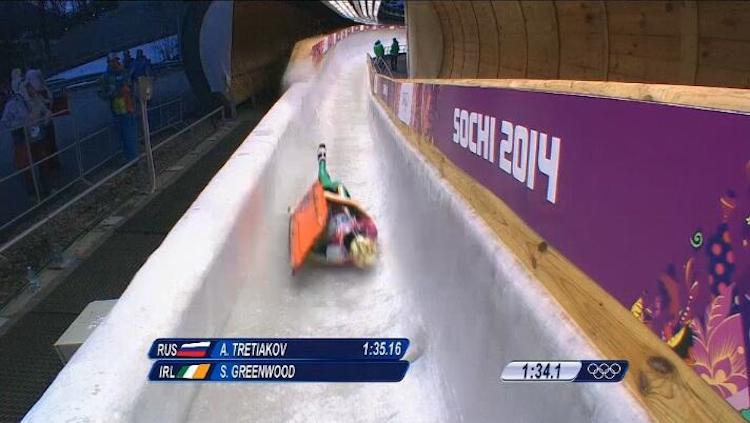 I saw his family in the stands.  They had a tri-colour banner that said : "Go n-éirí an bóthar leat!"

O, the poor man has just crashed hard.  Seems to be ok.