Driving out of frenzied Manhattan heading out over the 59th Street Bridge and through the congested highway traffic east into Queens, the dense urban landscape is suddenly broken up by a jarring sight- an immense sea of green. Coming closer, the driver, who sees a vast number of gravestones and monuments, realizes that this great green space is a huge city of the dead. This great green city of the dead is Calvary Cemetery, a place rich in New York Irish history. Founded by the Archdiocese of New York, the graveyard contains a staggering three million souls, more than all the people currently living in the borough of Queens.

Calvary holds more burials than anywhere else in the United States, covering an unbelievable 365 acres of prime real estate. The cemetery reaches into two neighborhoods and is comprised of four large sections. Many of the most important characters in New York Irish history rest beneath its fields and walking around Calvary is a lesson in New York Irish history. It even holds the remains of Annie Moore, (1874-1924) the Irish immigrant who was the first person of the millions of hopeful immigrants who passed through Ellis Island.

By the 1840s, Lower Manhattan’s Old Saint Patrick’s Cathedral graveyard was filling up and it was no longer possible to bury its large population on the island. In 1847, faced with many corpses from a raging cholera epidemic the New York State Legislature passed the Rural Cemetery Act, authorizing non-profit corporations to operate commercial cemeteries. The trustees of St. Patrick’s bought the 151 acre Alsop farm in Queen, which became the original section of Calvary Cemetery, today known as Old Calvary. When Mrs. Ann Alsop sold the farm to the Trustees, she insisted that her Protestant Alsop family burial ground remain separate from the Catholics and the trustees have maintained this division to this day.

The tiny family plot still remains walled off, dwarfed by the hundreds of thousands of Catholic tombstones around it. Calvary was consecrated by the legendary Tyrone born Archbishop “Dagger John” Hughes( 1797-1864) in August 1848 and by 1852 there were 50 burials a day, half of the poor Irish kids under seven years of age, victims of the noxious conditions in the disease-ridden, teeming Manhattan slums. It cost an adult seven dollars to be buried there, children under age seven cost three dollars, and children aged seven to fourteen cost five dollars. 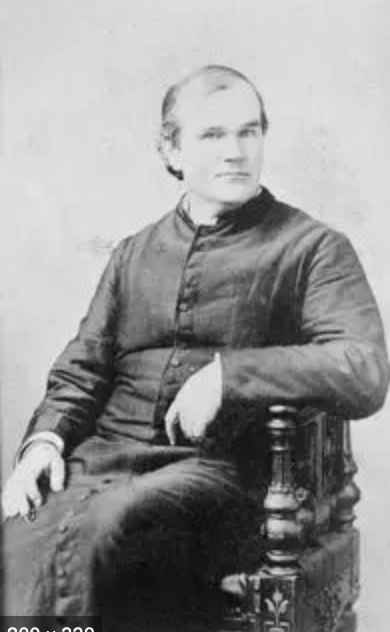 In the early 20th century, influenza and tuberculosis epidemics caused such a shortage of gravediggers that people were forced to dig graves themselves for their own loved ones. In the days before highways and city parks, people reached Calvary by ferryboat, and excursions to the graveyard were regular Sunday family outings. People often picnicked while visiting their loved ones and enjoyed the bucolic charm of the giant green expanse. With amazing statuary, marble mausoleums, and towering trees, the graveyard remains a place of great beauty, though today there are few family visitors. Calvary, though retains a wonderful tranquility, making it a welcome refuge from the noisy city around it. Today, some harried New Yorkers visit Calvary to collect their thoughts or just to enjoy its wonderful calming silence.

I have just written a book "The Irish in New York" and I realized that many of the characters in my book and hundreds of other famous Irish figures lie in Calvary’s ground. The Irish clawed their way to power and acceptance by creating an infamous political machine called Tammany Hall and dozens of its most notorious members lie in Calvary’s earth.

The most famous Tammany Hall politico lies there, Al Smith, (1873-1944) the first Catholic governor of New York, a reformer, and the first Catholic nominee for president of the United States. A poor boy himself, Smith enacted many factory safety and labor reforms to help the working class. Another Tammany Hall figure who lies there is the infamous “Big Bill” Devery.” ( 1854-1919) Serving as a notorious police chief of New York City, Big Bill stole enough money to become part-owner of a baseball team that would be known as the New York Yankees.

A generous thief, Devery died almost broke. A contrast to the corrupt Devery, Fr. Edward McGlynn (1837-1900) also lies in the graveyard. McGlynn was so passionately attached to the ideas of socialism and helping the poor that the Catholic Church branded him as a Communist and had him defrocked, though he was later reinstated. He was so loved that three decades after McGlynn’s death a parishioner wrote these words in Gaelic and English on paper attached to his tombstone: Fr. McGlynn, We thank the Lord who gave us you, Soggarth Aroon, ( beloved priest in Gaelic) Learned and wise, kindly and true, Soggarth Aroon, You know your cause was sanctified, Stood till measures were rectified, And rest with God’s beatified, Soggarth Aroon.

(Left: Tex Guinan " The Queen of the Night Clubs" who lies buried in Calvary.)

There are also many infamous characters in Calvary including “ The Queen of The Night Club” Tex Guinan, (1884-1933) who became a legendary and often arrested, hostess of speakeasies during the Great Depression. She became famous for her sharp tongue and for insulting her rich male clients who still spent vast sums in her clubs. She lies amongst many famous murdered Italian mafiosi who also sleep in Calvary.

The Irish have been valiant New York firefighters and some who lie in Calvary died fighting fires. One of the memorable graves contains a life-sized statue of Charles Keegan, ( 1858-1882) a Brooklyn firefighter killed in the line of duty while fighting a blaze at Locust Point (the long-lost locale is at Meeker Avenue where it meets Newtown Creek), caused by a lightning strike at the Sone and Fleming Kings County Oil Refinery in1882). Explosions associated with the blaze claimed the first Penny Bridge; Keegan and fellow firefighter Stuart Deane suffered grisly deaths, being burned alive. Some of the teenage girls who were burned in the tragic 1911 Triangle Fire also sleep in Calvary.

Perhaps the most striking feature in the cemetery is the city park located completely inside Calvary, dedicated to the Civil War soldiers who defended the Union. Irish sculptor Daniel Draddy from Cork created the park’s most stunning feature - amazing life-sized statues of civil war soldiers. There is also a Fenian Monument in Calvary, erected in 1907 to honor members of the Fenian Brotherhood buried there, one of whom is the great Tipperary Fenian leader and Civil War veteran Michael Doheny (1805-1862) . 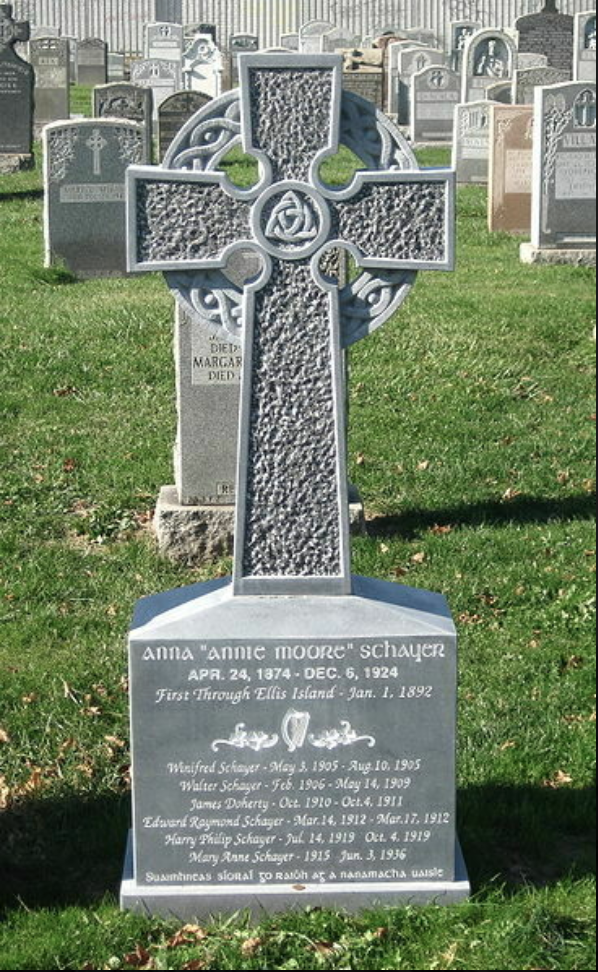 There is also and a monument that honors the legendary Civil War NY Irish regiment, the Fighting 69th, whose leader Thomas Meagher, is also profiled in my book. My friend Peter McHale, author of Greenpoint Doughboy, wrote his excellent work about his great uncle who fell in France fighting with the 69th in World War I. The book ends with the fallen hero’s return to be interred in Calvary.

One of the most famous figures interred there is Mayo legend and Olympic Gold Medalist Martin Sheridan (1881-1919). Sheridan, a world-record-setting discus hurler, was cut down just short of his thirtieth birthday by the last great pandemic a century ago. He lies within sight of the former Celtic Park where a number of Irish immigrants formed a legendary sports club that brought home several Olympic medals. Artists and musicians also lie there.

Galway born Patrick Gilmore, (1829-1892) songwriter and bandleader, known as “The Father of the American Band,” who wrote When Johnny Comes Marching Home and Meath’s John Mulvany (1839-1906) the great western painter of Custer’s Last Stand also rest there. Also among the dead is James Blake ( 1862-1935) who wrote the text to the iconic New York song “ The Sidewalks of New York.”

Millions of New Yorkers lie here, each with his or her own biography. Sadly, the Archdiocese shut down walking tours of the cemetery and unlike Brooklyn’s Green-Wood Cemetery, which celebrates its history, Calvary does not commemorate its amazing history. Let’s hope that this changes soon.

Geoff Cobb’s book is available on Amazon:  The Irish in New York: Profiles of Irish New Yorkers Who Have Shaped The Empire State